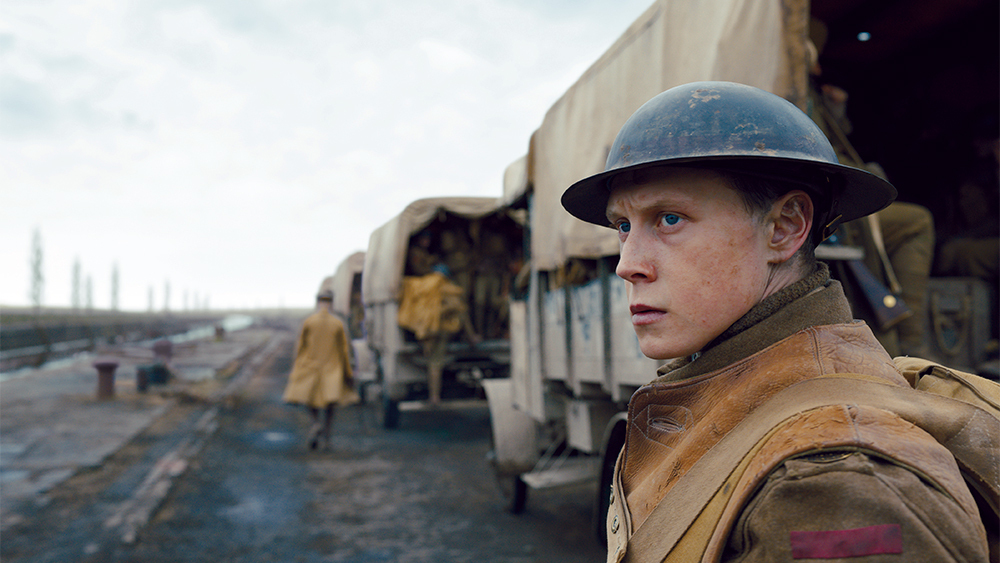 1917, director Sam Mendes’ latest masterpiece, hits the mark where most war movies fall short. A true testament to humanity and struggle, this film is authentic, somber, and bold, effectively capturing the mental and physical hardships that war has on the individuals within it.

The young soldiers have a mission from the general to deliver a message to another battalion nine miles deep into enemy territory, who are walking into a trap. The 1,600 men, Corporal Blake’s brother among them, must be stopped from attacking or else they will be slaughtered as a part of an intricate German plan.

Unlike other war movies, the characters are not perfect and the story is not all sunshine and rainbows, promoting a realistic and eye-opening understanding of war.

Schofield and Blake encounter many issues along their journey, from physical challenges such as being shot at, avoiding explosions, and walking through barbed wire, as well as mental hardships like encountering dead bodies, remaining determined, and tolerating one another.

The film does extremely well to highlight those mental hardships and give the audience an in-depth look at the struggles of being alone. About 30 minutes into the movie, Blake is (SPOILER ALERT) killed by a German soldier and Schofield must complete the rest of the mission alone.

The lack of music and dialogue throughout the meat of the film paints a solemn picture of isolation and despair that Schofield must persevere through and gives the audience a taste of what real war is like: hell.

The film’s key defining feature is its lack of transitions through different environments and events, creating a seamless flow that puts audiences right into the shoes of the young men.

1917’s production team had to be creative to weave in transitions in filming that the audience could not catch in order to establish the flow of events. According to Movies Insider, Mendes, along with legendary cinematographer Roger Deakins, had to utilize all sorts of new technology, including new, lighter-weight cameras, in order to effectively follow the actors and create a first-person experience.

As an example, in a scene where MacKay is running along a trench in the middle of battle, two actors in full costume had to lift the camera off of a crane and onto a truck mid-scene to follow him and avoid cutting the scene into two parts.

Long, uncut scenes meant an unbelievable amount of practice for the cast: four months of planning and rehearsing was required before any filming even started.

The practice and intricate planning certainly paid off: the film is remarkably realistic and displays the courage that is required to stay mentally strong in times of war. There are far too many false conceptions and underestimations about the afflictions of war and combat based solely on scenes from cheesy and unrealistic action movies.

The 119-minute film meets its end after Schofield finally makes it to the battalion. While he is too late to stop the attack altogether, he manages to convince the commander (Benedict Cumberbatch) to call off the second and third waves of the battle.

Schofield then eventually finds Blake’s brother (Richard Madden), and shares the news in a heartfelt ending scene that puts the spotlight on the emotional strain of losing a friend and a family member, especially in war.

Overall, this film is a masterpiece. Its not-so-happy ending brilliantly punctuates the challenging journey of just one man in a war that involved millions, symbolizing just how unbelievably devastating war can be. 1917 reminds us that sometimes the hardest things to watch are the most important to remember for the future. 4/4