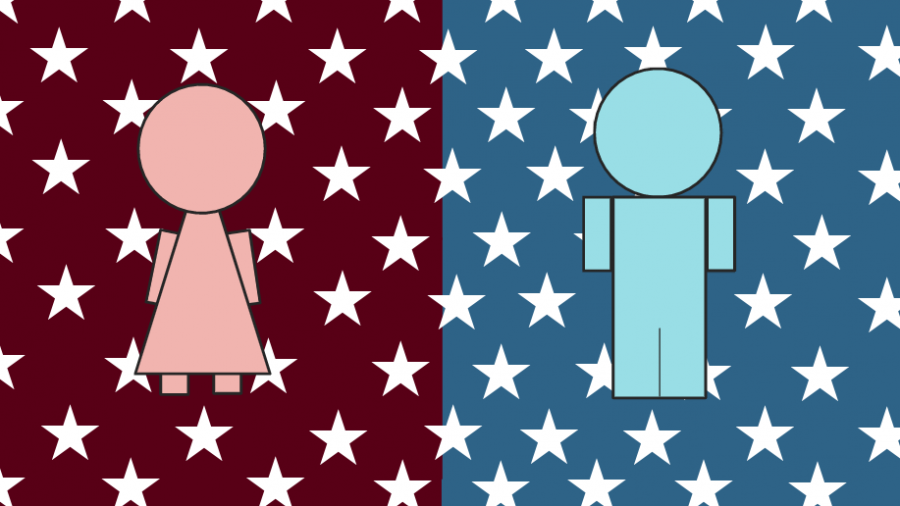 DISCLAIMER: Ideas and stories of these individuals are their own and do not represent all female conservatives or male democrats.

Q: What is your gender and what political party would you currently catergorize yourself under?

A: I am a female and I catergorize myself into the Republican and or Conservative party.

Q: If you were able to vote in this election who would you vote for and beliefs of their’s draw you to them?

Q: Have you ever been ridiculed for being a female conservative and what were those instances like for you?

A: In terms of being a female conservative, I think the biggest one I have gotten ridiculed for before would be abortion because I know it is a very sensitive and strong topic when it comes to females, especially women who are unable to get them. I personally believe that abortion does kill the baby, and people have told me that I should be standing for the right of the women since I am one and that I should be supporting them, but for the most part that is what I have been ridiculed for.

Q: Do feel as though you have to keep things quiet at some points because your gender is sometimes not socially accepted to be affiliated with the Republican party?

A: I definitely have. Certain people are silenced depending on times they are ridiculed. I like to be more bold and I like to put my opinion out there because I am not ashamed of who I am but there have definitely been instances of people being outwardly mean and calling me names that have hurt a couple times. That’s kind of made me step down a little bit just because I know that the world isn’t perfect and people are going to try to hurt you based on what you believe. A  lot of the people that I was friends with when I started to lean toward being more conservative were very liberal, and there have not been as many girls I have met who have had the same views as me. I’ve had friends as me why or have almost just questioned me and tried to make me in a way transfer to being a democrat or asked me questions that made me feel bad about who I was. I have felt silenced at times for being a conservative who is female, but for the most part, I have tended to not post on social media as much because I think it’s silly and it doesn’t exactly do anything except for I suppose spread awareness for certain things. All in all, I have been unashamed and no one can change that.

Q: Has somebody with the same political ideology ever shot you or your opinion down because of your gender?

A: No, that has never happened to me.

A: I have a big conservative female role model who is Candace Owens. I think that not only do I find her inspiring because she is African American who is a conservative but she spreads awareness for things that should be looked on more, I know abortion is a big one. She is very educated on that and she is not afraid to say something about it because I know there aren’t many African Americans out there who do lean more towards the conservative side. I think that she is that one percent that we should have more of and inspire more younger females no matter what race or ethnicity they are to stand up.

Q: Do you feel that 2020 has caused a shift, whether that be good or bad, on other people’s views on conservative females?

A: Yeah I think 2020 has taken a bad shift on this just because I think they’re taking some ideology and twisting it around to make it seem as if conservatives are racist or they don’t approve of certain things that they know should be approved of. I feel like they are doing it because there is so much going on and I am sure that it is not intentional but I know, like I said before, people are purposefully mean to try and shut people down that are a different political party than them and I just think that it is really important right now that we possibly come to a silver lining and with this situation going on and especially with BLM and I know that’s a really big one with faulting conservatives, but I hope we can all agree that we are all one race and in terms of what is going on in the world, that we just need to be one as America.

Q: If you were to give any advice to female conservatives who are not comfortable with being outspoken with their views due to fear, what would that be?

A: I feel that good advice for female conservatives would be to stop being afraid of what people may think of you and you shouldn’t feel forced to change your opinion based on who your friends are, being a female conservative is underrated right now, I guess if you could say that. You should not be shameful of your ideas.

Q: What is your gender and what political party do you currently categorize yourself under?

A: I am a male and I identify with the Democratic party.

Q: Were you able to vote in this election?

A: I was not able to vote in this election.

Q: If you were who would you have voted for?

A: I would have voted for Biden.

Q: What views of his do you stand behind?

A: My biggest issue is probably environmental issues and the environmental protections that he has, and also social justice issues in general.

Q: Have you ever been ridiculed or teased for being male and being a democrat?

A: I do not think I really have, I think I have a solid group of people who like me for who I am and not really my political affiliation.

Q: Have you ever heard stories of friends or other people who have experienced that?

A: For me, being at North it is definitely more of a liberal community and so people who have more conservative values and some of my friends who do, have gotten comments on their Instagram posts or things of that nature when they post them going to pro-life marches in DC. I think that on that side of the aisle, especially in our community, they get a little more reaction to their political views.

Q: Have you ever felt that you can not be as outspoken with your views?

A: I think that I have had a pretty easy time talking about my views. Being younger in school it was something where I steered away from it more. Freshman and sophomore year I was a little more hesitant, just because I did not know people and I was not as knowledgable or firm in my beliefs.

Q: Has somebody with the same political ideology ever shot you or your opinion down because of your gender?

A: Not really, if anything it’s more like clarifying positions or issues.

A: I feel like I look toward the democratic party and many of the candidates from this election were good models of acting when they know issues to be wrong and having their voice heard about those.

Q: Do you feel that 2020 has caused a shift, good or bad, on views on male democrats?

A: I think that 2020 has definitely really brought a lot more people into the political area, myself included, getting more involved in educating yourself more about all the issues on the table. That has definitely been a change for the positive but has become a lot more divisive with party lines.

Q: If you were able to give any advice to someone who identifies as a male democrat who feels as though they can’t be as outspoken because of who they are, what would that be?