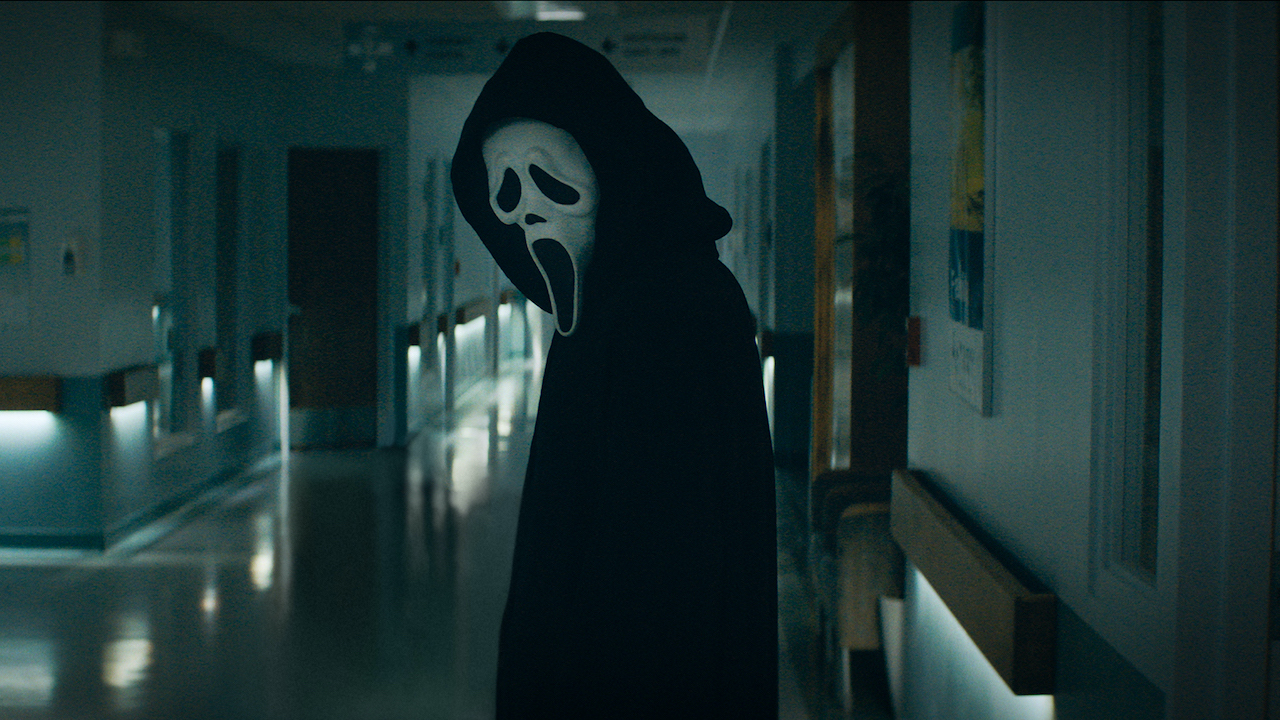 IT’S AN HONOR: Masked murderer Ghostface glares down at a helpless victim in the hallway of a hospital, nearing in for a ruthless kill. (Photo Courtesy of CinemaBlend)

IT’S AN HONOR: Masked murderer Ghostface glares down at a helpless victim in the hallway of a hospital, nearing in for a ruthless kill.

Just when the residents—or, rather, victims—of Woodsboro, California thought the ruthless, bloodthirsty Ghostface had finally stopped bringing death on their town for good, the ghoulish killer returned for more in a movie as clever, twisted and delightful as the original. Unfortunately, while “Scream” might boast a hair-raising storyline, it contains multiple flaws that detract from its overall effectiveness.

From there, Tara’s sister and friends work together to track down Ghostface, who left without a trace after injuring Tara. After Ghostface strikes a few other people, the group enlists the help of retired sheriff Dewey Riley (David Arquette), Sidney Prescott (Neve Campbell) and reporter Gale Weathers (Courtney Cox), each of whom were victims of Ghostface’s previous onslaughts. The past and the current victims then team up in a grand battle against the murderer loaded with intense emotion, horrifying twists and gory kills.

With that in mind, many horror fans will likely enjoy this film. This “Scream” takes the franchise’s classic techniques and scenes and ups the ante by increasing its intensity and carnage—which is evident from scene one. From impaling a person through the hand to practically slicing a person in half with knives in a gnarly fashion, the film makes Ghostface much more ruthless, vindictive and disturbingly playful.

Nevertheless, the persistent character plot holes in this film exhaust the film’s attempts to be chilling and suspenseful. Multiple characters appear or are mentioned but don’t add anything to the plot. For instance, within the first 20 minutes or so of the movie, we meet a suspicious-looking high school student named Vince (Kyle Gallner). While he could have been the perfect suspect for Ghostface’s murders or a clever distraction to the audiences from the actual perpetrator, Ghostface slays Vince only minutes after he first appears. The film also mentions Christina, the mother of Tara and Sam, but audiences never see her—making her inclusion highly unnecessary.

Personally, I also wish Ortega played a more prominent role in this film as Tara. Ortega is an incredibly talented actress, having acted in various movies and TV shows like the hilarious Stuck in the Middle and alongside award-winning actress Jennifer Garner in Yes Day (see my review for that movie here). Despite that, her character essentially spent the entirety of “Scream” bedridden and helpless, except only in a couple of scenes. It would have made the movie much more interesting to have had Sam in the hospital and Tara be its leading protagonist.

Another issue with this film is its over-reliance on jokes like those used in the original “Scream” that focus on the rules of horror movies—that is, what people shouldn’t do in a horror movie. I can’t even count the number of times in 2022’s “Scream” where characters say things like “Never say ‘I’ll be right back’” and “Never make out unless you want to get killed.” Because of all this cheesy humor, I felt like I had watched a horror movie spinoff rather than an actual slasher by the time I left the theater.

That said, the new “Scream” is still entertaining, even if it does seem more comical than scary. Gory, brutal and filled with intriguing plot twists, a fun experience awaits those who dare to watch this film. So, grab some popcorn, buckle down and, of course, be prepared to scream.