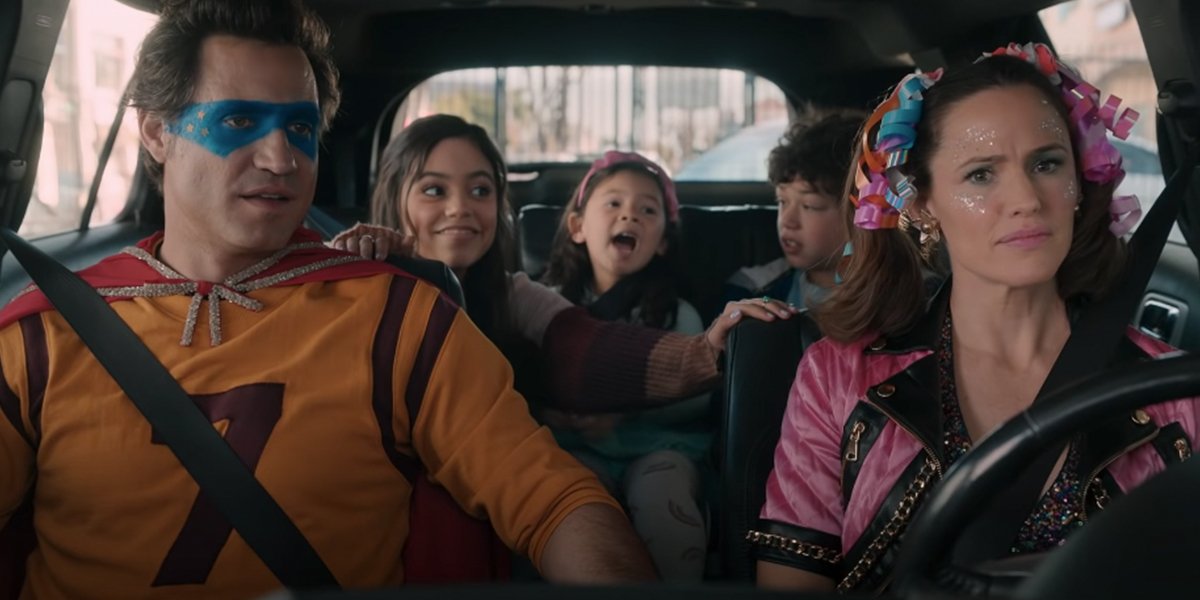 RAPTUROUS ROLE SWAP: Elation infuses the Torres children as they dominate the day—and their parents, too. (Photo Courtesy of CinemaBlend)

RAPTUROUS ROLE SWAP: Elation infuses the Torres children as they dominate the day—and their parents, too.

Ah, yes. The ill-famed “no” issued day after day by the average parent. We’ve all wished in desperation for that one day when they will just say “Yes!” to everything for a change, but, unfortunately, many of us have not experienced such a liberty—and likely never will. Luckily, Yes Day allows everyone to enjoy that very day, even if it is just a virtual ordeal.

Released on Netflix March 12, the film revolves around an average family led by two parents, Allison (Jennifer Garner) and Carlos Torres (Édgar Ramírez). With endless instances of them saying “no,” the pair feels as if they’ve exhausted their days playing the fun-killing role of “bad cops” for their children, Katie (Jenna Ortega), Nando (Julian Lerner) and Ellie (Everly Carganilla).

The Torres couple decides to ease their family’s concern by allowing them to have a “yes day,” a 24-hour event that restricts parents from saying “no” to their children. Ecstatic about the news, Katie, Nando and Ellie design five activities that unsurprisingly transpire around nothing but sugar, play and frenzied enjoyment—and which end in explosions, disaster and turbulent disorder.

One of the main enjoyable things about this film is that it offers a solid perspective for a range of audiences. Indeed, much of the film expresses juvenile humor and entertainment, but aspects of teenage life and adulthood also ring strong throughout the plot. Whether it be the typical adolescent battle of choosing between friends and younger siblings or the articulation of relatable parental behavior, Yes Day offers engagement for all ages.

Garner pulls the film together even more with her likable qualities and humorous, lighthearted nature. Viewers will notice the award-winning actress skillfully plays a similar role to her character Kelly Cooper in the 2014 film Alexander and the Terrible, Horrible, No Good, Very Bad Day, in which she also handled three wild kids with minds and motives of their own.

However, several instances occurred where juvenile amusement took the reigns, and things became a little too cutesy. The consistent dreadful singing throughout the movie was enough to cause eye rolls, but when the film mixed it with absurd, childish aspects and amusement often seen on the Disney Channel, it frequently makes it tempting to turn off the TV and leave the room.

Adding to this nonsense is the movie’s execution of multiple unrealistic scenarios, which detract from its overall effect on its viewers—that is, at least its older ones. From just five people eating gallons of ice cream in under 30 minutes to an ambulance driver abandoning their duties to rush the Torres family to a theme park, Yes Day’s irrationality often overpowers any entertainment or amusement its story presents.

Ultimately, though, I am almost an adult. Therefore, readers should take all I have said about Yes Day being too elementary and illogical with a grain of salt. Kid-friendly and playful, the film is a superb family film for those with younger children.

And by taking the negative variables out of the equation, audiences are left with a clear, valid message: while it is healthy to allow kids their freedom, at the end of the day, it is the parents who maintain the order and discipline in their lives. This is one lesson we can all seamlessly apply to our very own lives—and it is one thing we can always say “yes” to with ease.