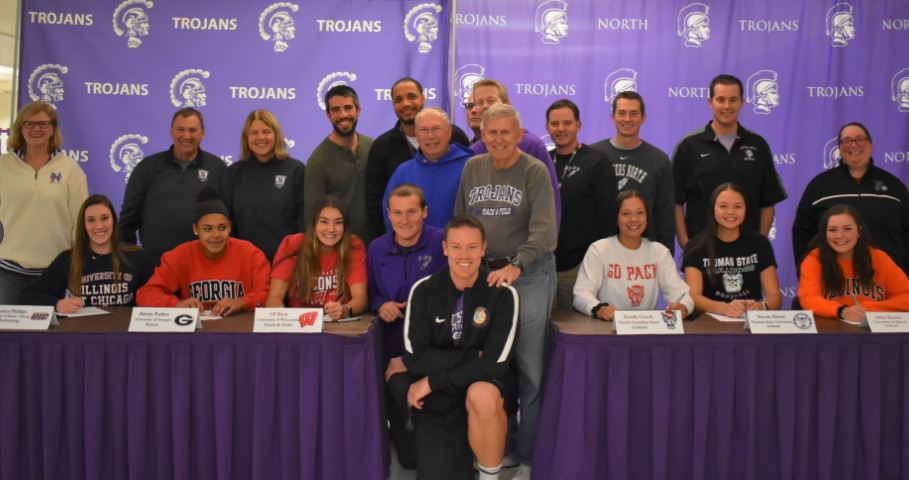 Due to COVID-19, schools and universities across the country closed down and along with the closures, the spring athletic season came to an end as well. On March 30, the National Collegiate Athletic Association (NCAA) made the decision to grant college senior athletes another year of eligibility for the 2020-21 school year.

“I think that it’s the right decision because it’s only fair for athletes who have their main seasons in the spring to get the chance to finish out their senior year like they thought they were going to be able to do in the beginning although some people see it as unfair because of playing time I think that at the college level the best players play, and there are many more years for younger players to get a chance,” University of Georgia soccer commit Alexis Parker said.

Colleges have a choice to give its senior players the eligibility to play in the upcoming seasons. Because the pandemic is still ongoing, it leaves these schools with many things to discuss before reaching out to their athletes.

“[My coach] didn’t directly reach out to me about it. I think that he knows that everything is up in the air and he is just waiting until we get to campus to inform us of anything,” University of Wisconsin, Madison track and field commit CP Breit said.

Not all college seniors will choose to stay and compete, so there are still opportunities for committed high school students to have their season as normal.

“I think that most seniors will not come back, most athletes in HS don’t ever make it to playing in college and the few that do already are getting in the mindset of moving on with their life. I think for the rest of the seniors that most of us are ready for the next chapter in our lives and wouldn’t come back even if it meant another shot at a great season,” University of Illinois at Chicago swimming commit Jessica Phillips said.

Upcoming collegiate college athletes will have to compete against college seniors for the limited amount of playing time in a season.

“Incoming freshmen will have to compete even harder against 5th year seniors, however at the collegiate level everyone is elite, especially in a Division I program. No spot is guaranteed whether they were a senior or a previous starter, every inning is earned by hard work,” freshman College of the Holy Cross softball player Audrey Gusel said.

Since spring season athletes will not have a season, their next school season will be in college. The seniors reflect on what would have been their last high school season.

“My senior year was very important to me. Our varsity team’s roster was heavy with very talented seniors which means that we had four years to play together which has given us the advantage of playing better as a team and I along with the rest of my team believed that we could have done some damage. It’s very sad that we will never get the chance to leave something behind in remembrance of our class,” Truman State University softball commit Nicole Havel said.