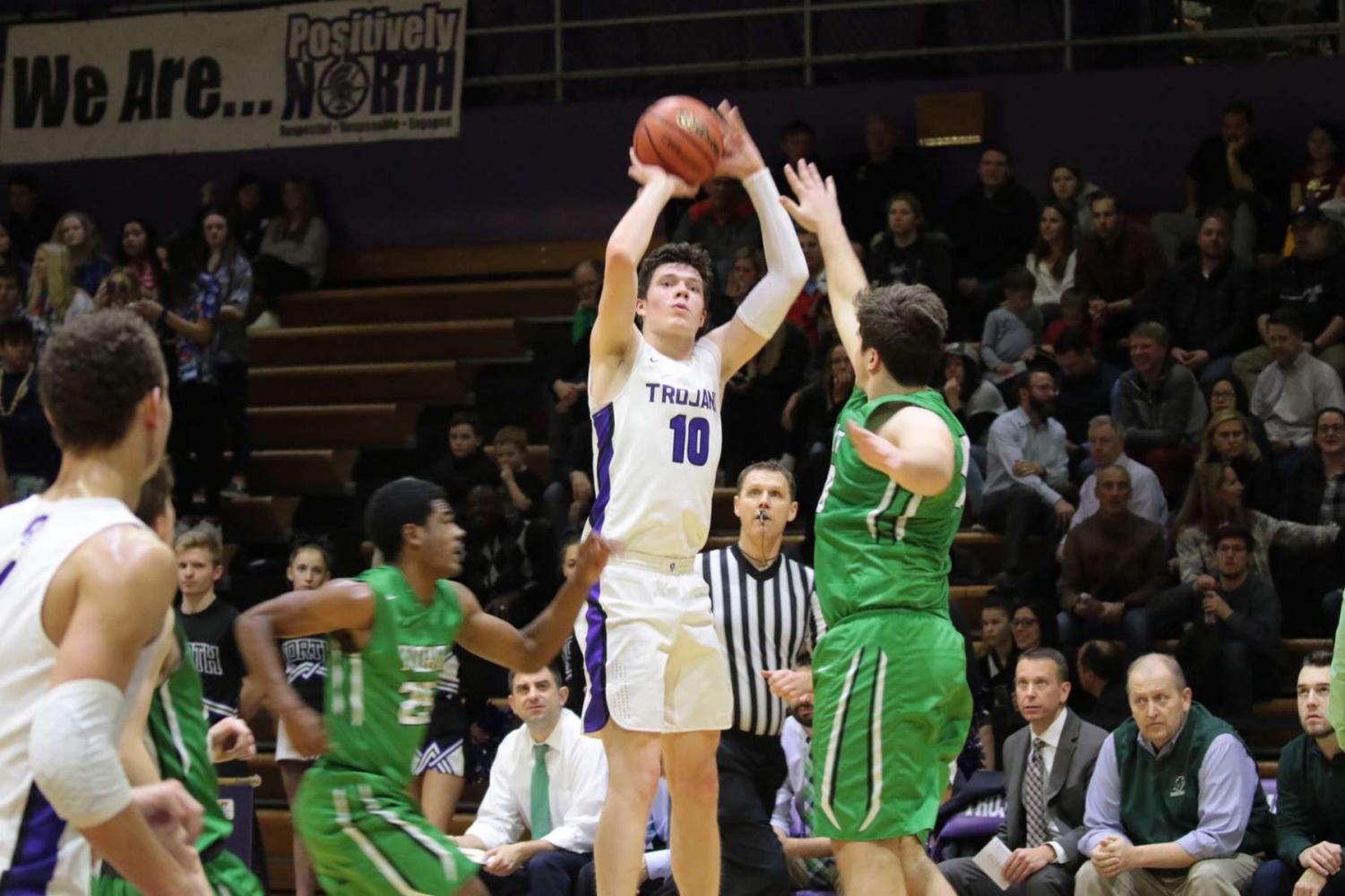 Athlete of the Month: Jack Mielke

DGN’s 2020 boys’ basketball conference competition kicked off with a 49-47 win at the buzzer over Proviso West. Forward junior Jack Mielke caught the ball off a give-and-go from forward junior Kyle Engstler and poured in a three with time expiring.

Mielke has made the same buzzer-beating game winner two additional times this season, most recently against Hinsdale Central, coming as no surprise to head varsity coach Jim Thomas.

“[Mielke] does everything that he can to put himself in a position to be successful come game time. I think that moment [against Hinsdale Central] wasn’t too big for him, he just did what he always does, he picked up the ball and put it in the basket,” Thomas said.

Mielke began playing basketball in first grade, but got serious the summer heading into eighth grade. It started with making 100 shots a day at Whittier Middle School and progressed into something of an addiction.