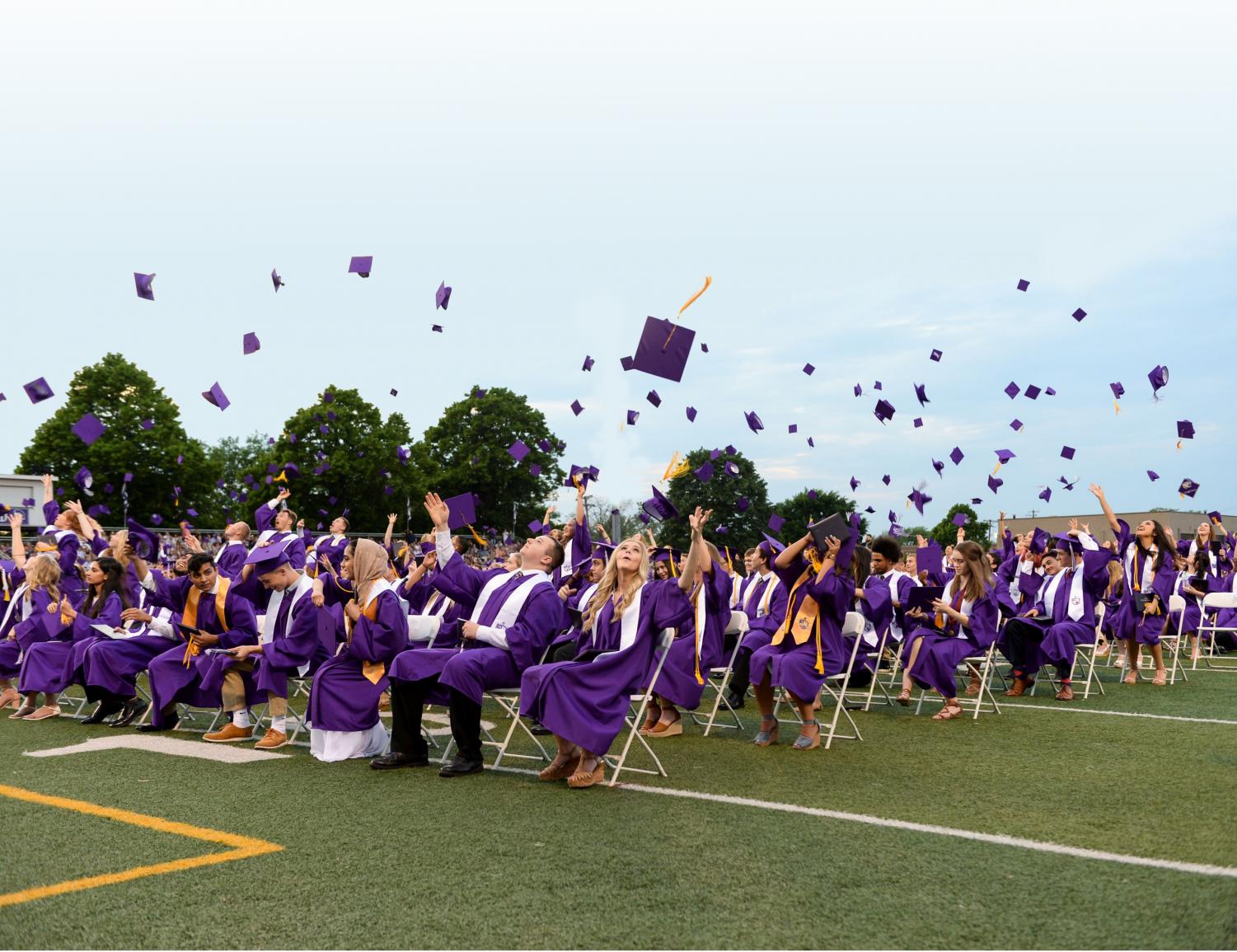 A set of upgraded bleachers was scheduled to be completed by graduation as a part of District 99’s Master Facility Plan. However, due to unexpected soil conditions, the home bleacher’s completion is being delayed until after June, according to Associate Principal Dr. Ken Sorensen.

When the construction on Carstens’ Field began Oct. 19, soil testing was done to determine if the ground is fit to build a foundation for the squad rooms. The results concluded that the soil was too soft.

“It’s not very compact soil. It’s like peat moss. You can’t build on top of a soft structure or it would just sink. So, the original plan of footings [foundation supports that prevent settling] that just go down a few feet wasn’t strong enough for foundation,” Dr. Sorensen said on a construction tour with the Omega staff Feb. 11.

In order to combat this, the construction team will need to dig 25 to 30 feet down to root the foundation rather than the several feet that was originally planned Superintendent Hank Thiele said at a Dec. 16, 2019 CSD99 board meeting. This additional digging is contributing to the delayed finishing date.

“They have these Geopiers [a foundation building tool] that they drill down and they pack these peers with stone,” Dr. Sorensen said, “So once those are built, then they can pour their footings and have a stable foundation that goes down much deeper. You’re basically creating a foundation to support your structure that currently doesn’t exist with the soil that’s there.”

Initially, the budget for the bleachers was $4.5 million dollars, but with these delays, the district is spending an additional $250,000 to $300,000, according to Dr. Sorensen. This money comes from the contingency fund of the master facility budget.

The bleacher construction began after the fall sports season with the aim of completion by graduation. Once the soil issues were uncovered, this goal slowly became unobtainable, and Student Activities Director Mark Mirandola announced in an email Jan. 23 that graduation will be inside this year.

“It’s not uncommon for us to have graduation inside. I think two out of the last three or four years it’s been forced inside due to weather. So, we have that whole system down. We knew that we could accommodate it,” Mirandola said during an Omega interview. “It is what it is. We don’t have much choice.”

Mirandola found out about a week before the announcement that the bleachers wouldn’t be completed in time, and made it a priority to let families know to maximize planning time for them. Mirandola explained why he made the decision to put graduation indoors instead of at an outside venue other than DGN.

“Last year, we had a committee go out and start to explore other venues. However, with holding graduation off campus, there are some considerations like the cost to rent the facility. We have to think about the dates that graduation could be held because, now, you’re going to be bound to their schedule. We decided that these weren’t good options for us,” Mirandola said.

Even without the delay, the home bleachers would not have been ready in time for spring sports. However, Supervisor of Building and Grounds Michelle Cannan offers a solution.

“We have portable bleachers that we can roll out but, usually, the spring sports have less crowd participation. The goal was to have the bleachers available for as many sports as possible but really since the crowds come in football season, those were the dates we are going to really try to reach,” Cannan said.

The lack of west side bleachers for spring sports has forced the girls’ track team to release two of their meets, the annual Ritter invite and the West Suburban Silver Conference Meet. Head Coach Matthew Maletich is optimistic that the meets will still run smoothly at their new locations, however, four-year track and field runner and senior Gianna Ferraro tells a different story.

“I just think it’s really sad. Ritter is a super exciting and high energy meet that everyone looks forward to, and it’s the one big invite that we get to have at home,” Ferraro said. “So many people come to watch, not just parents but members of the community and having that many people cheering on your teams gives you so much more excitement and energy to perform well.”

Although there will not be home bleachers for the spring sport season, the new visitor side bleachers will be up by mid April according to Dr. Sorensen.

“In a perfect world, the plan was that it could be kind of a quick project. It’s an isolated project. It doesn’t depend on any of [the building construction]. We thought, if we have time, let’s get work done sooner rather than later. So, that’s why we are hoping to get that done, not realizing that we have the foundation issues that we have,” Dr. Sorensen said.