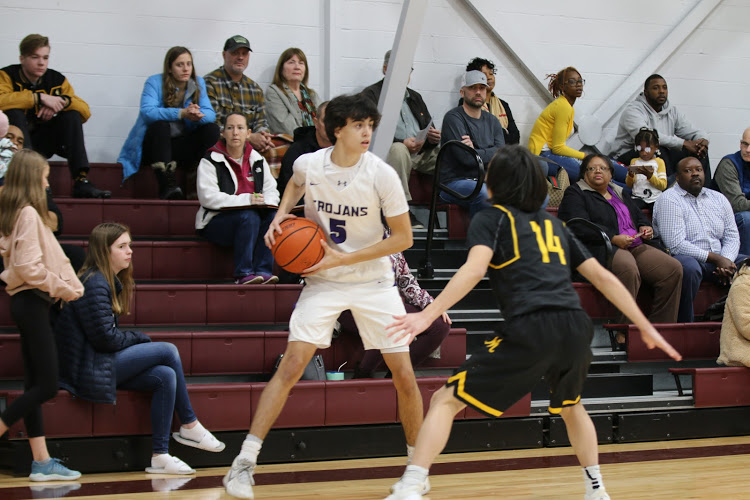 Athlete of the month: Griffin Ilyavi

DGN’s boys’ varsity basketball roster is chock-full of upperclassman, with the exception of starting point guard sophomore Griffin Ilyavi. He may be the least experienced athlete on the team, but head coach Jim Thomas recognizes his maturity.

“We don’t necessarily view him as a sophomore player as he is entrusted to run our team on the floor as the point guard and extension of the coach on the floor,” Thomas said.

Ilyavi’s transition to varsity competition has gone smoothly with the help of his teammates.

“It is very different being the youngest on the team, but is also pretty cool playing with the older guys because I get a lot of advice and tips,” Ilyavi said.

Thomas sees the comradery between what he considers ‘a special group of players’.

“Griffin has been ‘one of the guys’ since we brought him to compete with us in the summer,” Thomas said.

Ilyavi and the Trojans face Proviso West on Dec. 13 in their first conference game.