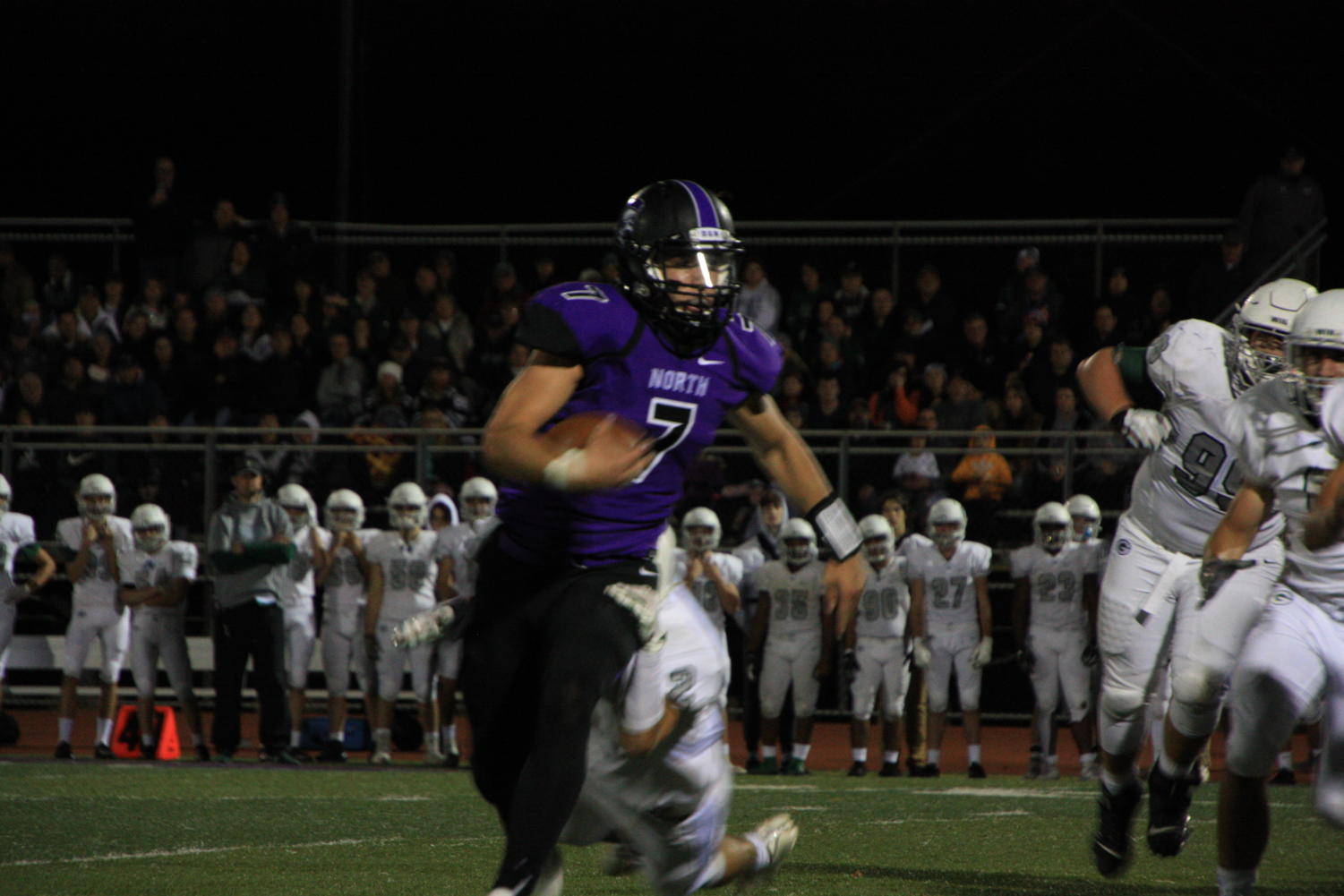 RUSHING: Drew Cassens (12) makes a move in the pocket

Quarterback senior Drew Cassens’ number of rushing yards as a varsity player probably sums up to more than my net worth, but I guess that’s not saying much. Nevertheless, it’s impressive, and football coaches across Illinois seem to agree. Cassens has played a pivotal role on the varsity team since his sophomore year, earning countless awards and nominations along the way.

Cassens made the Class 7A All-State Football team for the first time as a junior. Although he thought he had a solid year, he didn’t see it coming.

“When I found out it was through a Twitter notification, so I really had no idea. I was tagged in a post and then I looked at it and I was like, ‘Woah,’” Cassens said.

Head football coach Joe Horeni noticed Cassen’s true potential at the start of his junior season. It was opening night and the Trojans trailed Buffalo Grove 7-0.

“The second play [Cassens] ran it for 70 yards and scored a touchdown and I was like, ‘Jeez.’ You think a kid’s a good player and then you’re like, ‘Wow. He just really did that,’” Horeni said.

Cassens made the All-State team again following his senior season. Seventeen other athletes were selected, with Cassens being the only one from DGN’s conference.

A total of 1,518 yards rushing put Cassens at the top of the leaderboard as the number one rusher in DuPage County. Running back senior Josh Lumpkin’s 1,024 yards rushing placed him at seventh on the list.

Cassens looks to continue his career at the next level. Several colleges contacted Cassens and Valparaiso University made an offer. According to Cassens, Northern Illinois University is the current frontrunner.

Horeni noted the magnitude of the 2019 Trojans’ second-round playoff appearance. Cassens considers it his proudest DGN football accomplishment, and Horeni sees the bar being set for the future.

“To win a playoff game in our second year as a program goes a long way, but it’s a challenge to our current juniors who are going to be seniors that this is what’s expected now,” Horeni said. “We don’t take any steps back.”