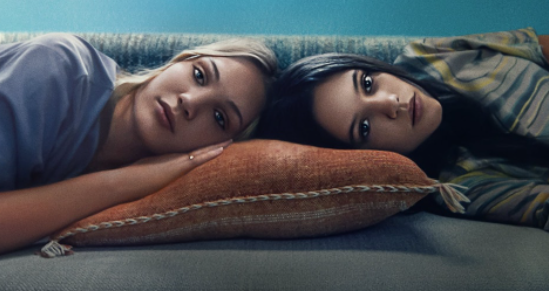 Columbine highschool. Virginia tech. Sandy Hook Elementary. Parkland. To a generation of Americans, these names signify more than that of an education facility. In a world with mandated lockdown drills, gun violence prevention seminars, and mental health screenings, school shootings have become a new, devastating normal. HBO Max poetically tackles this sensitive topic in their film The Fallout, a harrowing yet heartwarming tale of resilience in the face of trauma.

The film revolves around two characters, Vada Cavell (Jenna Ortega) and Mia Reed (Maddie Ziegler). The two teens, with normally different lives and social circles, are drawn to each other after witnessing a school shooting. The film, in this regard, is nothing short of perfect.

Often, history writes the stories of perpetrators- the people with vengeance, malice, and deprivation. In an era of pulp fiction and personality profiling, anti-heroes and villains have only grown in popularity. The Fallout, however, isn’t about the gunman or the reason why he terrorized the fictional high school. In fact, throughout the film, no name or identity is given to the shooter.

The choice to purposefully conceal the gunman in anonymity sends a powerful message that violence never equates to success or recognition. What should be, and is recognized in The Fallout, are the brace victims, families, and friends who experienced the “fallout” of such a traumatic event.

While technically a fictional movie, The Fallout is rooted in a dark reality, one that threatens today’s America. While gun violence is not only prevalent in educational facilities, school shootings (and attempted shootings) are a clear symptom of the United States’ gun epidemic.

The Washington Post, which has tracked gun violence in educational settings since the Columbine Shooting of 1999, reports that 34 school shootings occurred in 2021. This record-breaking number not only illustrates that school shootings are increasing in number every year but also that they’re closer to our homes and families than we may like to consider.

These statistics demonstrate the necessity of a movie like The Fallout, which doesn’t shy away from difficult topics and emotions. Like how the movie’s focus isn’t to give an identity to the perpetrator, neither is it the movie’s goal to solely honor the victims. Rather, The Fallout follows the lives of those most often left out of statistics and reports: the survivors.

To describe The Fallout is to describe something so uncomfortable yet heartwarming, something constructed with a sad sort of hope. Director and writer Megan Park effectively uses long periods of silence and conversational pauses to convey the discomfort that occurs with any devastating experience. Through the orchestration of her characters, she creates a narrative that connects both parents, teens, and preteens to the same painful event.

Simultaneously nothing and everything happens in the 1 hour and 32-minute film. The seemingly barren plot is artfully used as a way to shed light on the emotional impact of trauma. The lack of clear, consistent pacing along with a non-linear plotline turns the movie into a messy, imperfect depiction of life and death.

Encouraging others to watch this movie is a difficult but necessary feat. The Fallout is a poignant work of stunning realism disguised in a fictional movie frame.