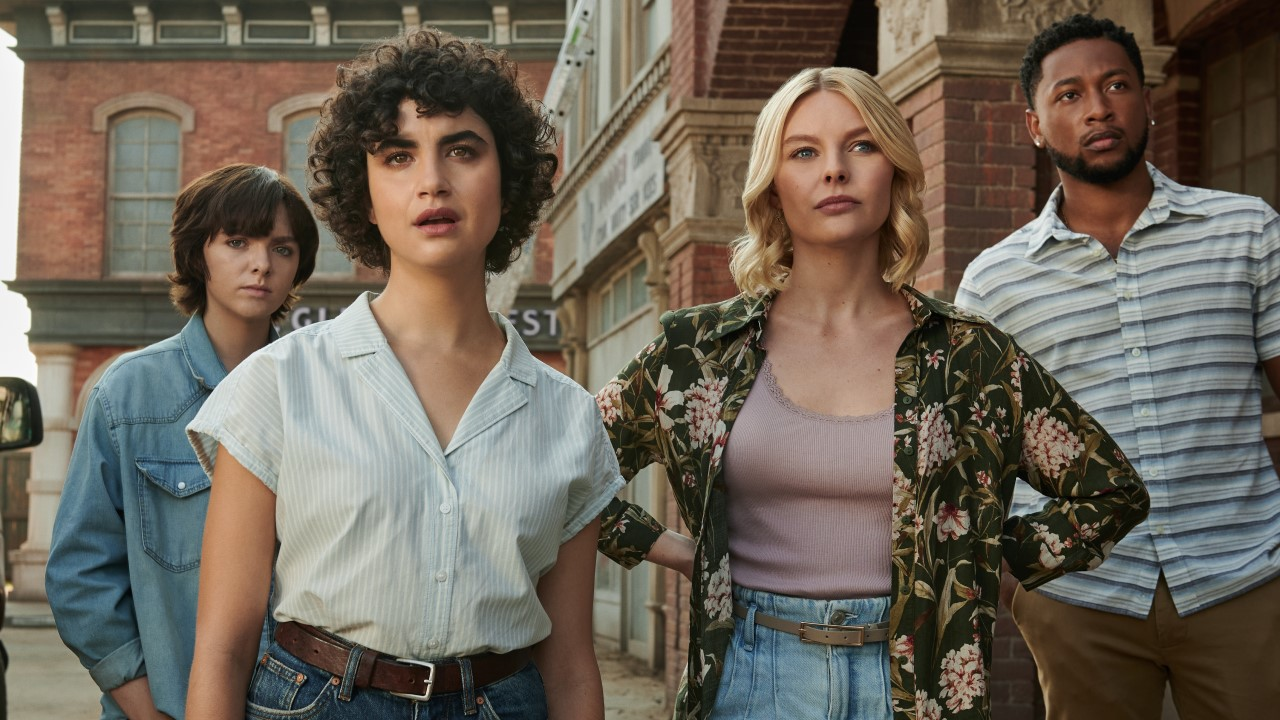 RIPOFF REBOOT: The infamous serial killer Leatherface returns in 2022’s “The Texas Chainsaw Massacre,” a film that draws the line between horror movies and copycat films and in which gore is a mere distraction from its numerous internal flaws. (Photo Courtesy of CinemaBlend)

RIPOFF REBOOT: The infamous serial killer Leatherface returns in 2022’s “The Texas Chainsaw Massacre,” a film that draws the line between horror movies and copycat films and in which gore is a mere distraction from its numerous internal flaws.

To put it simply, all decent horror movies necessitate at the bare minimum two components: boundless terror and a clever, captivating story. Unfortunately, 2022’s “The Texas Chainsaw Massacre” requires some major work in the former department and completely lacks the latter. Embarrassing flaws and serious originality issues only further weaken this film and turn its attempts at horror into nothing but tasteless comedy.

Released Feb. 18, “The Texas Chainsaw Massacre” is streaming exclusively on Netflix. The film centers its story—if it should even be called that—around characters Melody (Sarah Yarkin), Lila (Elsie Fisher), Dante (Jacob Latimore) and Ruth (Nell Hudson). The group travels to an abandoned Texas town called Harlow, which Melody and Dante—who are both entrepreneurs—intend to auction off and renovate.

Unfortunately, their plans are soon thwarted upon discovering the infamous murderer Leatherface, who had been living in the town before the entrepreneurs and their friends showed up. Before long, the killer soaks his quiet town’s streets in blood as he eviscerates everyone in sight with a brutal rage never seen before in the “The Texas Chainsaw Massacre” franchise.

That said, this brutal rage is really the only thrilling component of this film, as it results in a massive kill count. Leatherface is no stranger to turning people into nothing but a pile of mutilated guts, and he does not hesitate to show this side of him in this movie. From cutting a woman in half with his chainsaw to crushing a man’s head into a pulp with a sledgehammer, viewers get to encounter heart-pounding carnage in almost every scene. When looking at the film as a whole, though, it appears the gore in “The Texas Chainsaw Massacre” is just a shoddy attempt to distract viewers from its several flaws—thus taking away from any fear its butchery tries to induce.

One of the main issues with this movie is that its characters are so underdeveloped, they are no better than the cast of a shabby middle school play. The main characters, particularly Melody and Lila, spend most of the film simply witnessing Leatherface’s bloodbath rather than doing or saying anything significant. Likewise, Ruth and Dante hardly needed genuine actors for their roles, as they do so much as say only a few lines before Leatherface kills them off.

The movie’s character issue becomes more severe when looking at Sally Hardesty, the sole survivor of Leatherface’s killing spree in the original “The Texas Chainsaw Massacre.” While Hardesty’s return in this movie might be intriguing due to her being a final girl, she barely avenges her friends’ deaths before Leatherface disembowels her with his iconic chainsaw.

However, Hardesty’s dissatisfying attempt at revenge is overshadowed by the fact that she is a complete ripoff of Laurie Strode in 2018’s “Halloween.” Not only are Hardesty and Strode sole survivors of the original “The Texas Chainsaw Massacre” and “Halloween,” respectively, but they are also almost identical in appearance and behavior. Both have whitish-blonde hair and wear similar jean jackets, and both of their characters lived in seclusion since they survived their aggressors’ initial attacks. The idea that Hardesty is a clear replica of Laurie Strode is only confirmed when she once says “I’ve waited for this night”—a line Strode said word for word in 2018’s “Halloween.”

In short, 2022’s “The Texas Chainsaw Massacre” is an embarrassment to the horror community and is little more than a ripoff of one of the best slasher franchises ever created. As a major horror fan, I felt disgusted and angered after watching this attempt of a film, and would sue its director for plagiarism before recommending it to anyone else.