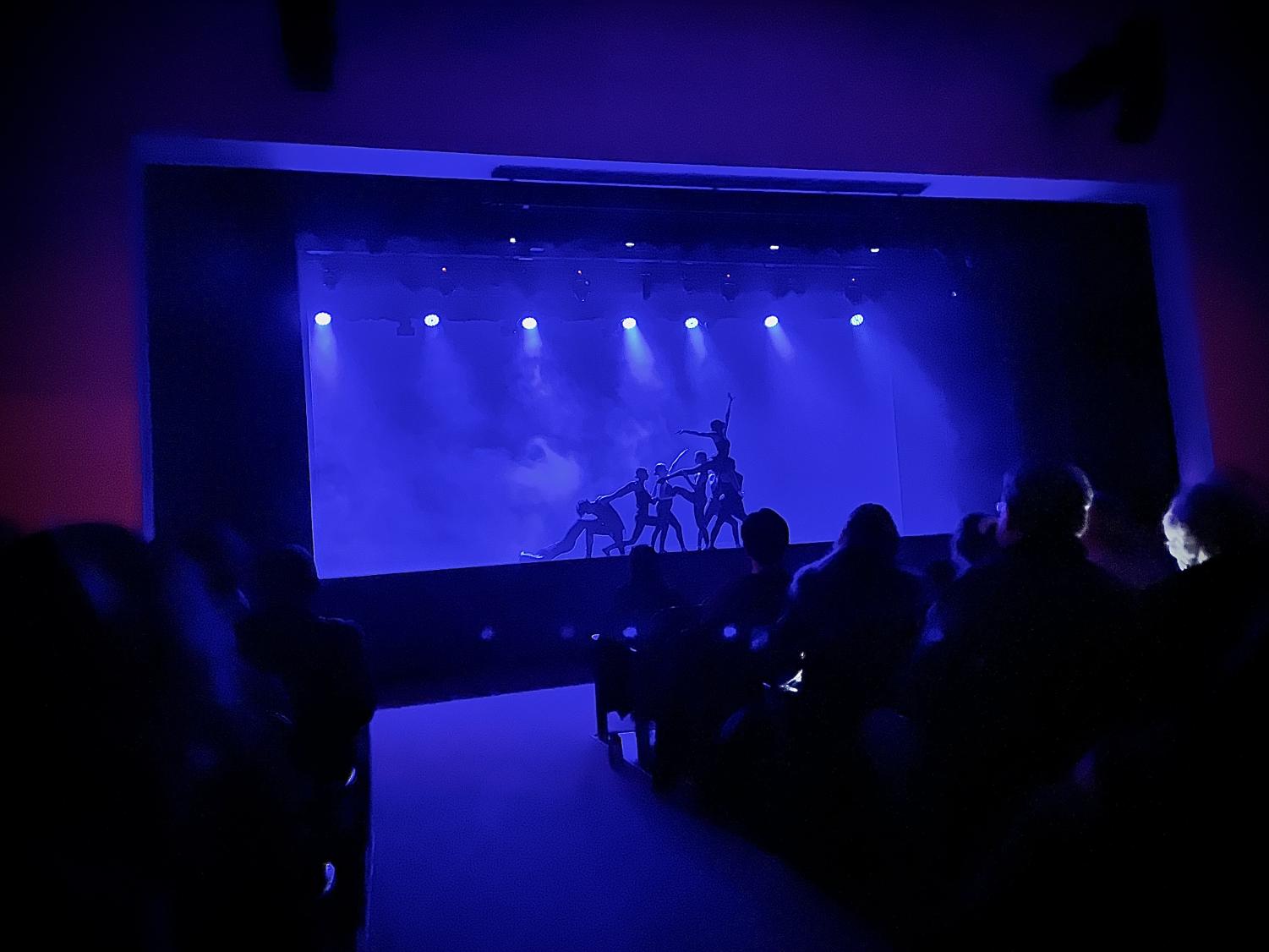 COMING TOGETHER: The Orchesis Dance Company recreates the image depicted on the Unity poster during the opening act of the showcase. (Kyle Kucera)

COMING TOGETHER: The Orchesis Dance Company recreates the image depicted on the Unity poster during the opening act of the showcase.

With its awe-inspiring array of lights and choreography, this year’s Orchesis Dance Company showcase, Unity, did not disappoint. After many months of living through a pandemic and being separated from loved ones, this year’s theme signified society’s reunification through dance.

The most outstanding aspect of the show was the choreography, which the dancers did themselves. From Bollywood and hip-hop to jazz and lyrical, each stunt was unique in its own way and delivered a different message to the audience. No two dances were the same and each performance showcased the talent of the choreographers and abilities of the dancers.

Senior officer Emma Udovich performed a solo to “Somewhere Only We Know” by Darren Criss and the Glee cast, which she had to audition for within the company. From the perspective of a general viewer, I thought that Udovich’s solo was well put together. I noticed that throughout her solo, the movements were synchronized with the lyrics of the song and it all tied together nicely into a remarkable experience to watch. The solo was a nice break from the more upbeat, group performances that constituted the majority of the show.

“My interpretation of the song was being able to look back on the good memories of high school as I go to college and start a new chapter of my life,” Udovich said. “One specific movement I included in my choreography was reaching in different directions to symbolize this theme.”

Another aspect I enjoyed was the light show that accompanied each performance. The most memorable lighting effects from the showcase included a disco ball that dropped from the ceiling during the performance of “Bust A Move,” the shadows the dancers cast on the walls and the strobe and backlighting effects to accentuate the dancers’ movements.

One of the show’s most unique details was the audience. As opposed to a band, choir or orchestra concert where the audience is encouraged to withhold applause until the end of a song, the Orchesis officers encouraged the crowd to get rowdy at times and cheer during performances. It was not only fun to hear the dancers’ families and friends cheering for them but it was also nice to be able to applaud in the moment the specific skills that the dancers performed and lighting effects that were used.

All in all, the showcase was an overwhelmingly positive experience that kept me wanting more when it was over. The Orchesis Dance Company and auditorium staff work diligently to put this show on each year, and it did not disappoint.

If you are someone who enjoys fine arts performances or the talent of DGN students, I would highly recommend seeing the annual Orchesis Dance Company showcases. Each year, the songs and choreographies are different but the energy from the crowd and dancers remains high. As someone who has attended a multitude of events at DGN, I can confidently say that the Orchesis showcase is one of my favorites.