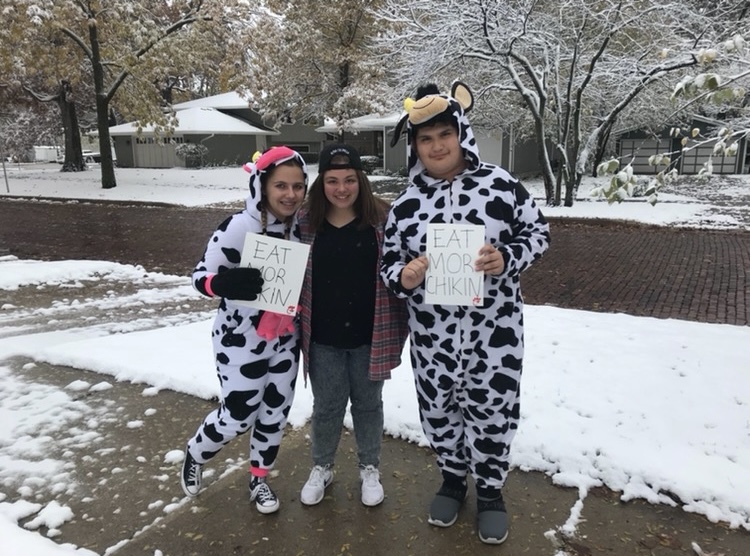 Kind, welcoming, and warmhearted are all words used by friends and loved ones to describe Daniel Figueroa- Iribarren. Daniel was a junior at DGN who passed away Nov 19. He will be missed dearly by all who knew him around the DGN community and beyond.

“During the Mosaic concert our freshman year we had just gotten off stage and were running back to the choir room and I had tripped and fell in front of a ton of people. I didn’t want to get up cause I was really embarrassed and he [Daniel] helped me up right away and we walked away together. We both looked at each other and started laughing so much I started to cry and my face got all red. Danny always made you feel very comfortable and confident like that. He was someone you could trust and would always make you laugh,” Quezada said.

Junior Ashija Flowers only knew Daniel for a short period of time, but it was enough for her to get to know him and all he had to offer to those he loved.

“Daniel was one of the funniest people I’ve known but more than anything, he was caring. He always put his friends before himself and always knew when something was wrong and what to say. Whether it was a hug, a joke, or simply just sitting with you until you felt better he was always there,” Flowers said.

Upon meeting Daniel, his friends commented on how welcoming he was to everyone. Whether you had just met him or had known him for years, he treated everyone with the same respect and warmth. Juniors Jaiana Ford and Nancy Marra commented on this aspect of Daniel’s.

“He has never come to school and not made me laugh, he was always fun in and out of school. He was nice to everyone, even if he didn’t know you and he had such a positive vibe and an outgoing personality,” Ford said.

“I would say my favorite memory of Daniel would be when I first met him at Grove Fest the summer going into 8th grade. When I first met him we became best friends right away. He was so welcoming and he could make anyone laugh, I’ll always remember the jokes and memories we had,” Marra said.

Not only did Daniel leave an impact on his friends, but he influenced his teachers as well. From his elementary school years all the way to his high school experience, he was loved by all who had the pleasure of teaching him. His fourth grade teacher, Kelly Lebbing, reminisces over the days he spent in her classroom and in the Henry Puffer e  lementary school building.

“He always wanted to help others, whether it was schoolwork or a social issue, he was concerned about everybody else and wanted to do kind things,” Lebbing said.

Daniel participated in the DGN choir throughout his time in the building. Choir teacher Beth O’Riordan remembers the experiences she shared with Daniel on the choir’s trip to L.A.

“Daniel was an exceptional person and contributed a lot to our choir program. He was filled with kindness and always greeted me with the sweetest smile. I will remember his joy and calm spirit on our tour to L.A. in February of 2020,” O’Riordan said.