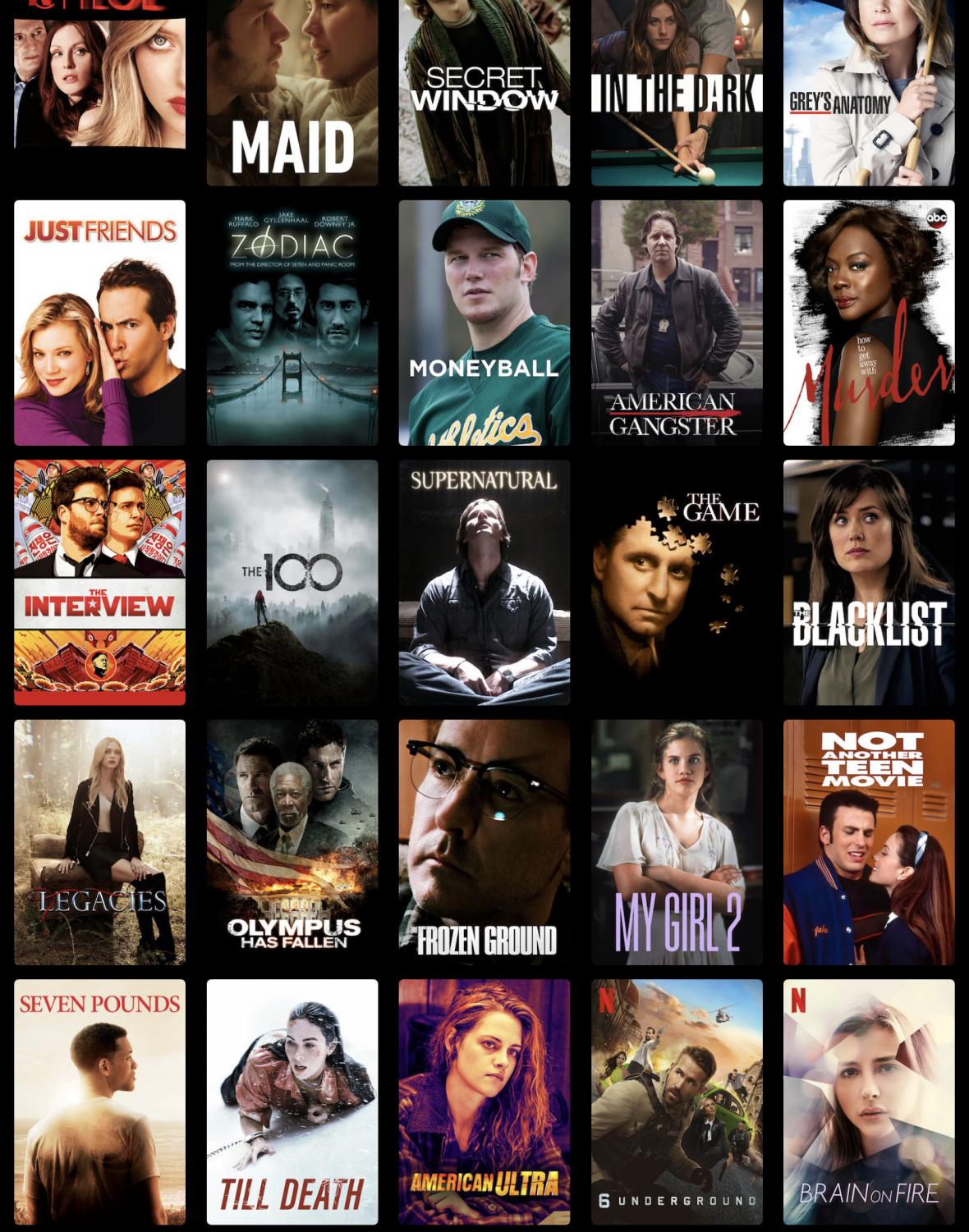 FOR THE LOVE OF MOVIES: Netflix offers its viewers thousands of movies and shows to chose from. (Photo Courtesy of Netflix)

FOR THE LOVE OF MOVIES: Netflix offers its viewers thousands of movies and shows to chose from.

When it comes to movie ratings, many people, including myself, trust professional critics to tell us whether or not they think the movie is worth the watch. Regardless, there have been numerous times where I have been disappointed by the high rating of these critics or even felt as though the movie deserved more.

As I searched for the ‘top 25 movies of all time’, I was surprised to find that none of the movies that I had thought of had made these lists. I figured I would make my movie list, and become a critic myself. Here are my top five movies that I think are underrated compared to their actual ratings.

Back to the Future (series)

The first movie of this series came out in 1985. This Sci-Fi/Comedy has, for years, been one of my favorite movies. To this day, I don’t know of any movie that is such a spirited and funny time-traveling movie as this series. Although rated a PG movie, it has never felt like a children’s movie because of its sophistication. With a real rating of 8.5/10 on IMDb, this movie deserves a 10, and is surely underrated, especially within the younger generation.

While this is probably the most well-known movie on my list, it still fails to make the many created lists of ‘top movies of all time’. Released in 2013, the movie is based on 1987 Jordan Belfort (portrayed by Leonardo DiCaprio) who was indicted for money laundering and security fraud. I loved how the movie showed how easy it is to lose to greed, even though you had everything. Rated at an 8.2/10 on IMDb, this movie has to be a 9.5/10 for me.

This movie is by far one of the most underrated serial killer movies I’ve watched. Released in 2007, the movie is based on the real 1960 and 70’s serial killers who called themselves the Zodiac. Every event in this movie was completely true and while the movie has its prediction of who the killer was, to this day, the Zodiac has never been officially identified. After watching the movie, I spiraled into research and ended up finding out that people to this day are trying to cipher out the messages and find out who the killer is. With only a 7.7/10 on IMDb, this movie is easily a 9/10.

This movie is based on FaceBook founder Mark Zuckerberg and came out in 2010. This drama completely and truthfully uncovers the not-so-flattering portrayal of how his business came to be. This movie stuck out to me because of its ‘accidental millionaire’ perspective and how realistic every event was. While not everything in the movie was factual, the fictitious events still provide a portrayal of the characters and how the result came to be. Rated at a 7.7/10 on IMDb, I would argue that it at least is an 8.5/10.

Released in 2016, the movie (although heavily fictitious) shows the true events of how David Packouz (Miles Teller) and Efraim Diveroli (Jonah Hill) were the youngest arms dealers for the war in Afghanistan. While they managed to make millions off of US military contracts, they eventually turned their backs on each other and everything goes south. This movie shows the concept of arms dealing, which not many people including myself are familiar with, which made it so interesting. Rated as a 7.1/10 on IMDb, I think it genuinely deserves at least an 8/10.

While my personal opinion of these movies will forever stand, IMDb and Rotten Tomatoes offer viewer ratings as well as professional critics on these movies to help you decide whether or not the movie is worth your time. If you haven’t watched any of the movies I had mentioned, they are offered on Netflix, Prime Video, and Hulu.