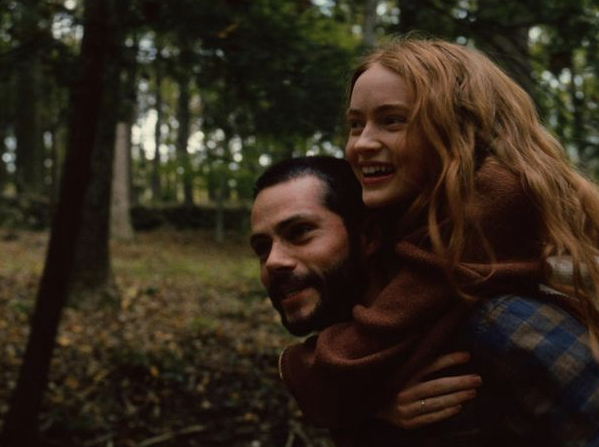 SKIPPING TOWN: Sadie Sink and Dylan O’Brien bring the love story of “All Too Well” to life. (Photo by @taylorswift on Instagram)

SKIPPING TOWN: Sadie Sink and Dylan O’Brien bring the love story of “All Too Well” to life.

Review: “All Too Well” Short Film

Almost every store I went into this weekend was playing Taylor Swift in celebration of the Nov. 12 release of “Red (Taylor’s Version)”. Swift’s music was remarkable when I was six years old dancing in my room to “Sparks Fly” playing out of my dad’s boom box and somehow, each release surpassed the next. The new album includes a lengthened version of a classic Swiftie favorite, “All Too Well”. Swift released a short film to pair the ten-minute-long song to YouTube and it brought the story of “All Too Well” to life.

The couple in the short film is played by Sadie Sink and Dylan O’Brien. I know Sink from Stranger Things and now can only picture her as the fourteen-year-old character, “Max” in the show. However, I loved watching Sink in this film; she is a beautiful young woman with fiery red hair, porcelain skin, and red lips. O’Brien is thirty and looks even older in this film with his full beard. It was very difficult for me to get past the age difference which made the romance uncomfortable to watch at times. I was later told that this was intentional to represent the age difference between Swift and her ex-boyfriend, Jake Gyllenhaal.

Both the original and updated version of “All Too Well” tell the story of a failed relationship, which comes alive in the short film. Viewers actually see the iconic red scarf “from that very first week” and how it becomes representative of the rise and fall of the couple’s love. Each scene felt like authentic issues and frustrating conflicts that come with relationships; it was never cheesy. “All Too Well” is set in the fall and this was perfectly captured in the film with orange leaves and autumn colors.

I wish I had anything but praise to say about this short film, but Swift nailed it just like she’s been nailing her last three albums. Another thing she nailed is Gyllenhaal’s heart, but break-up songs come with dating Swift—she has to relate to teenage girls somehow.