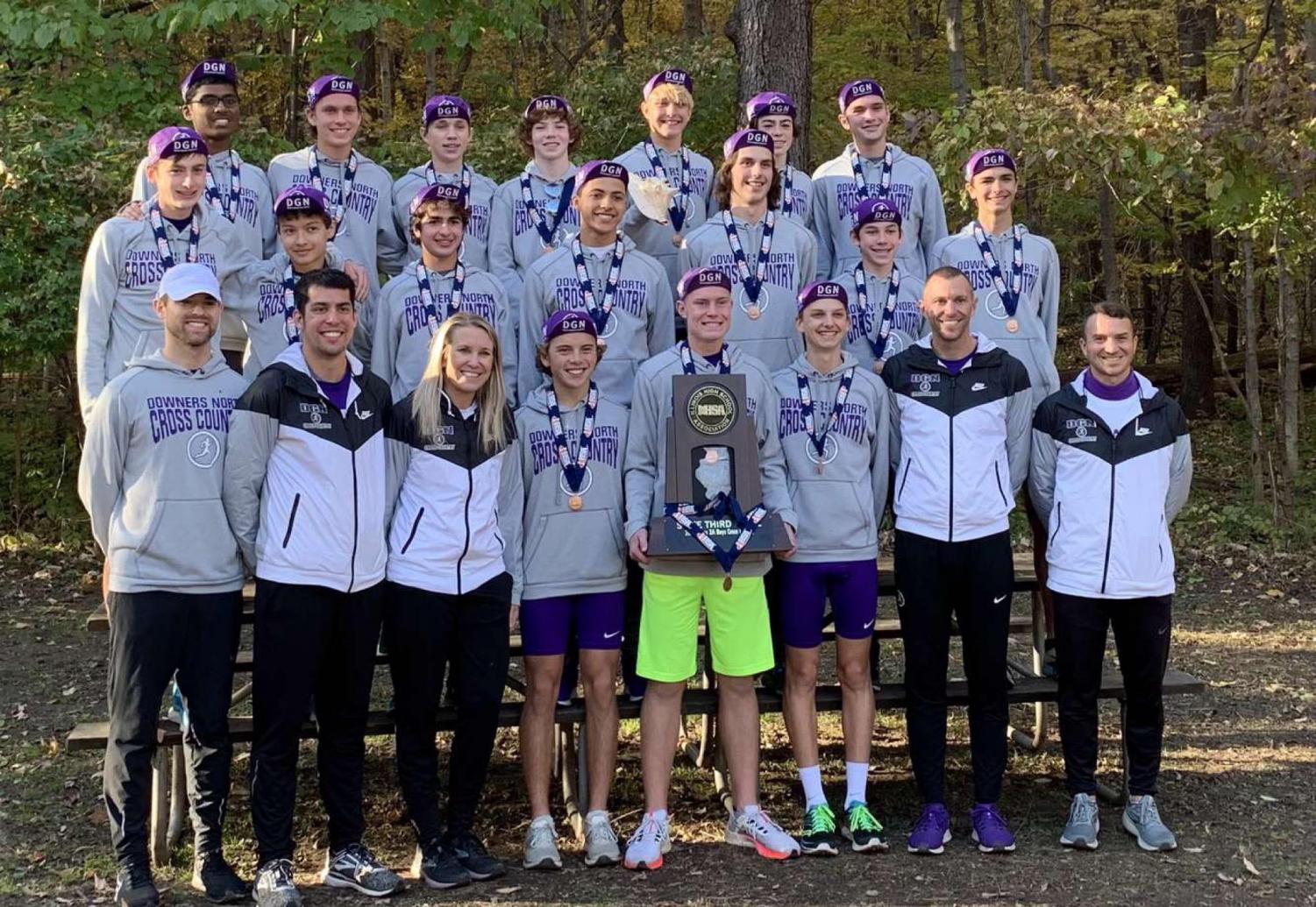 NEW HARDWARE: The boys’ varsity cross country team shows off their trophy placing third in the state out of 80 teams. (Jill Russell)

NEW HARDWARE: The boys’ varsity cross country team shows off their trophy placing third in the state out of 80 teams.

The boys’ cross country team has been the most successful team at DGN the past few years finishing first in the state in 2017, and second in both 2016 and 2013. This year, the legacy continues.

With a score of 179, the boys finished third at the IHSA State meet Nov. 6. After beating Hinsdale Central in the sectional, the Trojans fell just four points behind their West Suburban rival.

Llewellyn, an All-State runner, placed sixth overall with a time of 14:31—the fourth-fastest time in school history.

At the state meet, the team battled adversity with both Ferris and Weber falling out of the gate, but recovered to place 60th and 61st, respectively.

As the season concludes, the boys hope to finish off their season by making strides at the NXR Midwest Regional Nov. 14 in Terre Haute, Indiana, which they won back in 2017.

The team finished sixth in the sectional, falling behind conference rivals, Hinsdale Central, OPRF, and DGS.

At the State meet, three of the top 10 teams consisted of West Suburban Conference schools with the champions being York, Hinsdale Central finishing third, and DGS finishing ninth.

Both the girls’ and the boys’ teams had successful seasons, carrying on the Trojan cross country legacy.