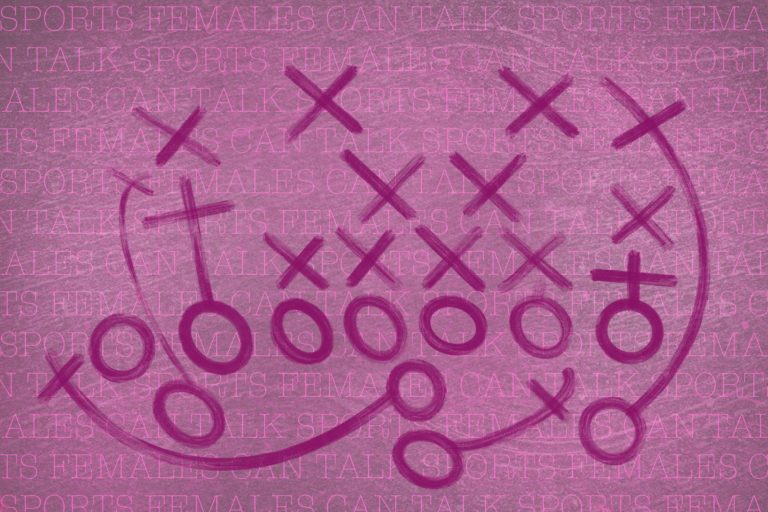 Whenever someone finds out I am an avid Blackhawks fan, there are typically two questions that are strung along with our conversation.  “Really?” Like it is a shock that a teenage girl knows what icing means. Followed up by “Why?”, as if I need a reason to have a hobby.

Then, NHL trivia begins. “Who won the Stanley cup in 1947?” “Who did the Senators select seventeenth overall in the 2013 draft?” Alluding that if I admit to watching hockey, I must be ready to answer any and all questions about minute details. If my answers are correct, I am awarded a look of amazement.

These questions are rarely brought to male counterparts. Instead, they are welcomed with banter and asked their opinions on recent games or trades. Girls seem to have to earn their right to have an interest in or to hold conversations about sports played by men. There is skepticism when it comes to female professional sports fans, despite the 60 percent of women who watch sports regularly.

There is a societal standard that assumes that a woman’s main priority is finding an eligible bachelor, therefore girls must only watch professional sports for male athletes. From a personal perspective, I can tell you that my 10-year-old self was not in love with men who were over two times my age. I was passionate about having a grasp of the sport and supporting a team, like any other fan. As I get older, you can find me making comments about how attractive Kirby Dach is, but my intent for watching hockey has stayed the same.

Even Cam Newton, who at the time of this comment was a quarterback for the Carolina Panthers, unapologetically admitted on live television that he thought women speaking about football routes was “funny”. With female NFL viewership at 47 percent, his blindness to virtually half of his employers’ fanbase is what is funny to me. He would not be worth the 75 million dollars he is now without women knowing what a route is.

I do not want to have to draw attention to this issue, nor should I have to. Women enjoying male professional sports does not have to be something that raises attention. Just because there are male athletes on the ice, does not make it surprising to have women in the stands.

Realize that girls have the capacity to have the same conversations any man can have. Knowledgeable women in sports have been and are a thing—it’s not something that should be newly astonishing.