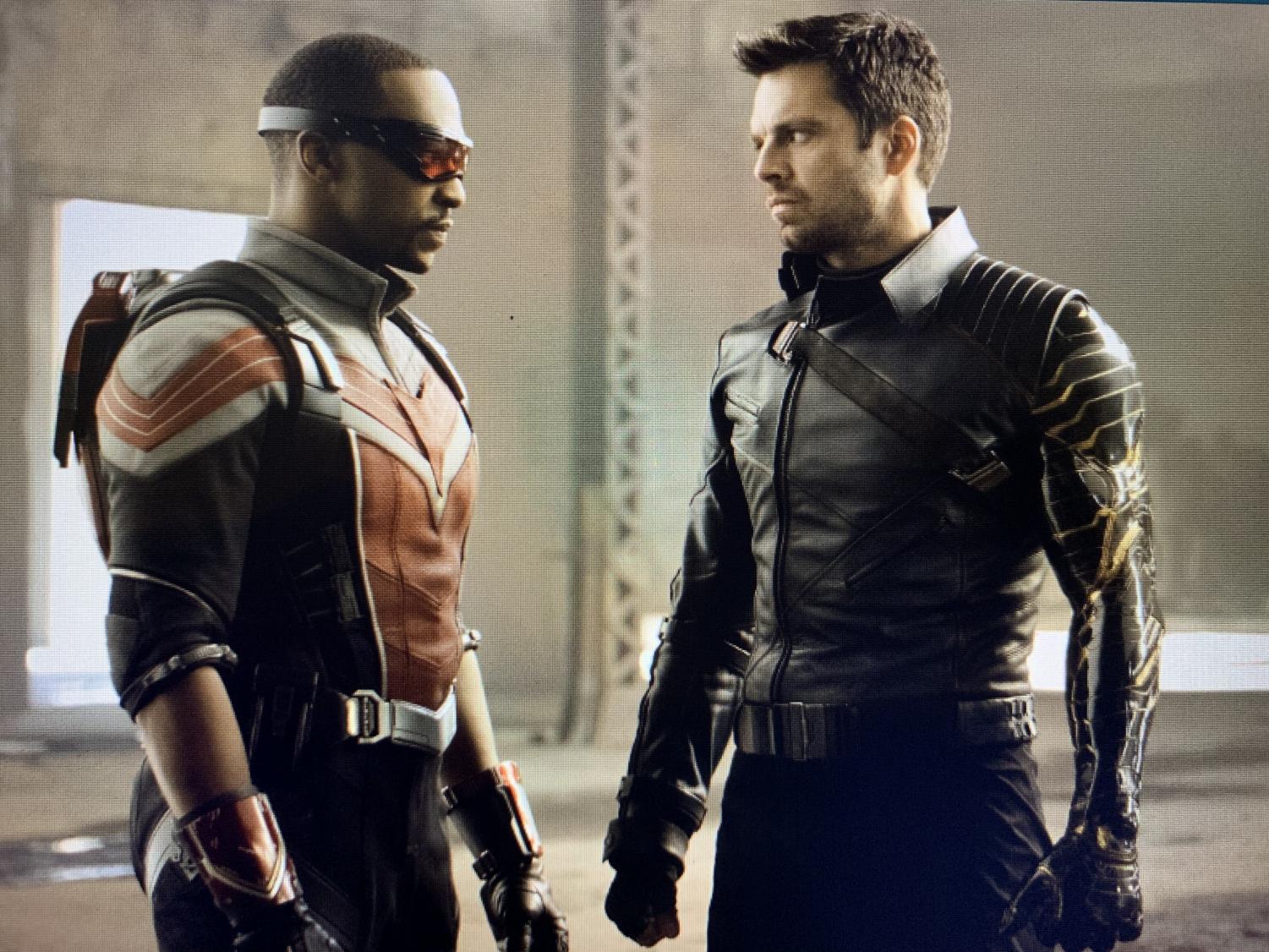 The Falcon and The Winter Soldier : Review

This series was a long-awaited continuation of The Falcon (Anthony Mackie) and The Winter Soldier’s (Sebastian Stan) storyline after the release of “Avengers Endgame” in 2019. At the end of “Endgame”, Captain America (Chris Evans) gave the Falcon, also known as Sam Wilson, his shield to continue his legacy after he died. Sam does not want to use the shield given to him by his friend, so he gives it to the Smithsonian for a Captain America exhibit so they can honor his legacy there.

The Falcon aka Sam Wilson and The Winter Soldier aka Bucky Barnes both disappeared during The Blip for five years. So at the start of this series, they are not only dealing with the passing of some of their friends. But, they are also dealing with getting back into their life after not existing for 5 years. The way they handle that topic is very real

Unlike most Marvel movies the first few episodes really focus more on the character’s development rather than the action parts of the plot. They talk about Sam’s hometown and background more in this series. When he was introduced to the MCU in Captain American: The Winter Soldier in 2014, he was a big part of the plot but he was still mostly a supporting character in Captain America’s storyline.

This series is a great addition to Phase 4 of the MCU following “Spiderman: Far From Home” and “Wandavision”. It was very interesting to see all these characters’ separate journeys after the last Avengers movie.

We get to see more of Bucky in this series which is great to see him get more dialogue and take a break from being traumatized. Unlike in other movies, he is the main character in this series instead of the villain or just a plot point.

In this series they also handle some heavy topics like depression, PTSD, and racism, they talk about these subjects authentically. It was great that they brought up these topics because they focused on the characters more in the “real world” and these topics affect millions of people in real life.

I think all Marvel fans will really enjoy this series because it has a lot of action that you would expect from a superhero movie, but it also tackles real-world problems so it makes it more authentic and real and less dystopian.

Although I think everyone could really enjoy this series, you probably should have at least a decent understanding of what happened in the previous movies to understand the characters and the plot.