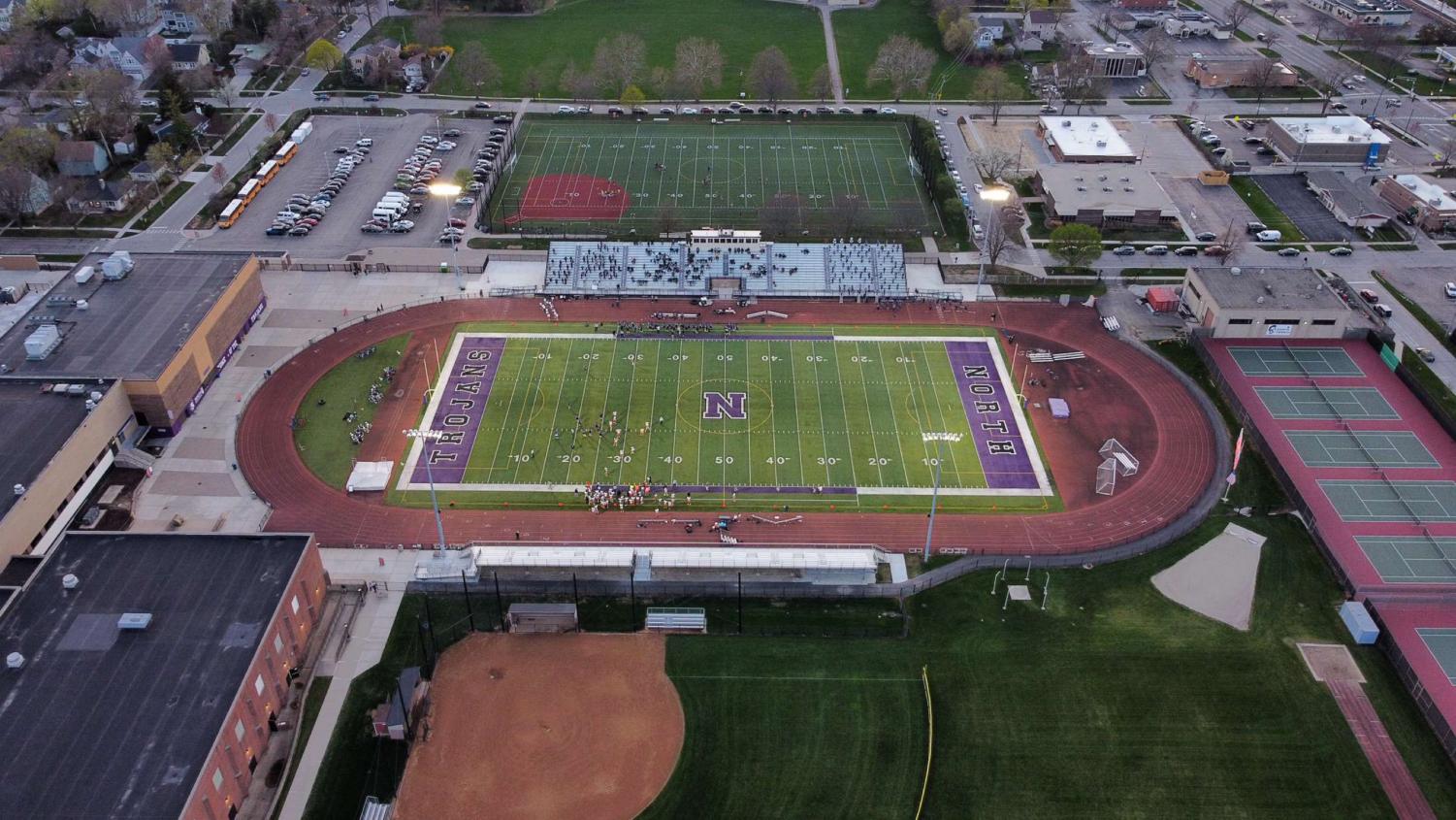 Following the May 25 murder of George Floyd at the hands of Minneapolis police officer Derek Chauvin, millions of people nationwide participated in demonstrations against police brutality and racial inequity. One such protest took place at DGN, where an estimated 4,000-5,000 demonstrators and fellow DGN students gathered at the Main Street Entrance on June 7.

The event was organized by DGN alumnae Prevail Bonga and Kessie Olekanma. Bonga is no stranger to social justice initiatives, and though the protest was not the first event she organized, it was certainly the largest.

“I would absolutely consider the protest a success. Not because there were 5,000 people, but because it showed that even in a predominantly white community like Downers Grove, there [are] a significant amount of people who care about racial and social issues that minorities may face,” Bonga said.

On April 20, nearly a year after Downers Grove’s protest, Chauvin was convicted of second-degree manslaughter, second-degree murder, and third-degree murder. Though the protest did, in part, call for legal accountability, Olekanma’s reaction to the ruling was bittersweet.

“Watching the legal system finally hold a murder accountable after it failed to do so numerous times in the past was a win for Black people across the country, but I have to ask at what cost? We shouldn’t have to spend time advocating for our basic rights in the first place,” Olekanma said.

Over the course of the 2020-2021 school year, District 99 has implemented four different schedules in order to comply with state and nationwide safety protocols. From a fully remote August to fully in-person May (for students who opt-in), DGN students experienced it all this year.

First semester was entirely remote, with the exception of two weeks of the modified hybrid schedule. While some students were able to learn effectively at home, while others struggled with motivation and unideal learning environments.

Junior Kashmala Ahmad found success in her at-home learning environment, but she, like many others, was challenged by the lack of in-person interaction.

“The downside is the obvious lack of motivation from having to sit down in front of a computer all day and not getting to get any face-to-face interactions with peers and teachers which help with learning—not to mention some annoying Internet issues here and there,” Ahmad said.

District 99 followed the hybrid schedule for all but one week during second semester. On March 15, the Board of Education unveiled the early release block schedule that has been in place since students returned from Spring Break April 5. See the below brief for student and staff reaction to the schedule.

As students and faculty returned to the hallways of DGN, many were surprised to see the new hallways and classrooms due to the renovations of the Master Facility Plan. Currently, the plan is in the final stage of construction and is on schedule to have everything ready and accessible by the start of the next school year.

“It’s been really fun to watch staff and students walk into the new spaces for the first time.” Associate Principal for Operations and Technology Ken Sorensen said. “Everyone seems to be very excited with the results so far and we are just really anticipating the excitement and energy when everything is complete and students can take advantage of some really cool and functional learning spaces.”

The new Learning Commons is currently being finished up for the beginning of the next school year.

“The biggest part of the current construction phase is the new Learning Commons – much of that work has been completed and they are currently working on the flooring, cabinetry in offices and cafe, the adjacent outdoor patio, and assembling/installing all of the furniture,” Sorensen said. “Other, smaller projects that will happen over the summer include some renovations to our CSSS offices (deans, counselors, psychologists, and social workers) and a new health services office located where the mailroom and student activities office is currently located.”

After spring break and the announcement of the most recent schedule change, students returned to the halls of DGN. However, the entirety of the school body has not fully returned yet, students and staff are seeing what DGN used to be like.

seats in his classes.

“When [DGN] had the initial surge of kids coming after spring break, it felt like the closest we have been to last March to being in a school setting where kids were lively and talking,” Lichtenberg said. “It felt great, everyone was excited to finally be back with each other.”

Lichtenberg hopes to see a continuation of students returning to school and in-person classes, also hoping that the surge of students will see an increase in August for the next school year.

“As the year has gone on, we lost that momentum with the contact tracing and things like that. But that initial feeling that I felt after seeing all the students return is something that I hope to see carry over into August.” Lichtenberg said. “Everyone back, hallways filled, and feeling like school again.”