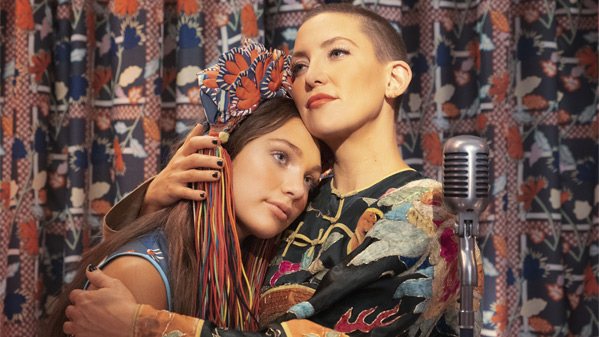 Paige Layle, a 20 year old actress from Ontario, Canada, has had a career in acting for years. Layle loves what she does and happens to be on the Autism spectrum, but this has never stopped her from performing and acting for jobs. In the past year, Layle has shared and taught others about her experiences through her social media accounts.  But when Layle heard about Sia’s new movie “Music”, she was skeptical and frustrated by what she saw.

Sia’s movie “Music” follows the story of Zu, who is newly sober when she gets news that she is to become the guardian of her half sister Music, who happens to be autistic. The movie was released in February of this year and received backlash from movie critics and those on the autism spectrum. The movie failed to cast an actor on the autism spectrum to play the character of Music, and instead cast Maddie Ziegler, a neurotypical person

“Why did [you] think that having a neurotypical person play someone who is autistic was gonna be okay for the autistic community? We’re really sick of not being included,” Layle said.

Sia’s excuse for not casting an autistic actor was that those on the autism spectrum could require special treatment and frequent breaks when filming on the job. She said that she attempted to cast an actress on the spectrum to play the character, but it didn’t work out. Sia also claimed to have worked with a group called “Autism Speaks” which many autism activists are against due to their harmful goal of trying to “cure autism”.

“As an autistic actor myself, there has not been one time that I’ve been let go from a job because of my accommodations,” Layle said.

The controversy over the movie and its lack of representation brought about the discussion over how autistic people and those on the spectrum are represented and cast in television and film. There have been examples of autistic actors who portray autistic characters, for example in the series ‘Atypical’, 8 actors on the spectrum were cast in the second season of the Netflix show. On the other hand, popular movies like “Rain Man” and “What’s Eating Gilbert Grape” casted neurotypical actors to portray the autistic lead characters.

“Could the director not find a talented autistic person to play an autistic character, now that is an issue.  With all the actors in Hollywood, are there not at least two or three who could have been called back for the chance to play this particular role,” Pappageorge said.

Autistic actors being cast in film, television, and plays are becoming more and more common. Actors like Mickey Rowe have taken to the stage to portray autistic characters that have normally been played by neurotypical actors. Rowe became the first autistic actor to play the leading role in “The Curious Incident of the Dog in the Night-Time” which is a character who is on the spectrum.

Conversations about inclusion, acceptance, and representation made their way to DGN acting classes. Junior Emery Teague participated in a discussion specifically about the movie “Music” in her acting class with Farrah. Velazquez.

“Something we discussed in my acting class was the point that only people who have lived through certain experiences can accurately depict those experiences on screen. Someone who is on the spectrum can relate to their personal experiences to give an authentic performance (and also one that is not offensive). Of course neurotypical actors can study and learn from those who are on the spectrum, but you won’t have the same authenticity or representation,” Teage said.

The theatre program at DGN has had many talented actors who were on the spectrum come in and out of the school. Some of which have gone on to major in acting in higher levels of education.

“We have very talented students with autism take our acting classes all the time initially to learn social cues for improved social acceptance.  Many stick with the acting program and go on to play neuro-typical roles in our plays here at North.  I would use them in an autictic role for sure.  When I looked to do the play The Curious Incident of the Dog in the Night, I actually asked one of the autistic students in my acting class if he was interested in playing the role,” Pappageorge said.

Having autistic characters shown in the media not only helps children with autism see themselves on screen, but it increases overall awareness of the spectrum. Neurotypical kids can see those who are different from them as well in the programs and movies they watch daily.

“The problem though is that Hollywood needs to become a place where autistic actors can thrive. The fault shouldn’t be put on the actor- it’s the system that needs to change,” Teague said.