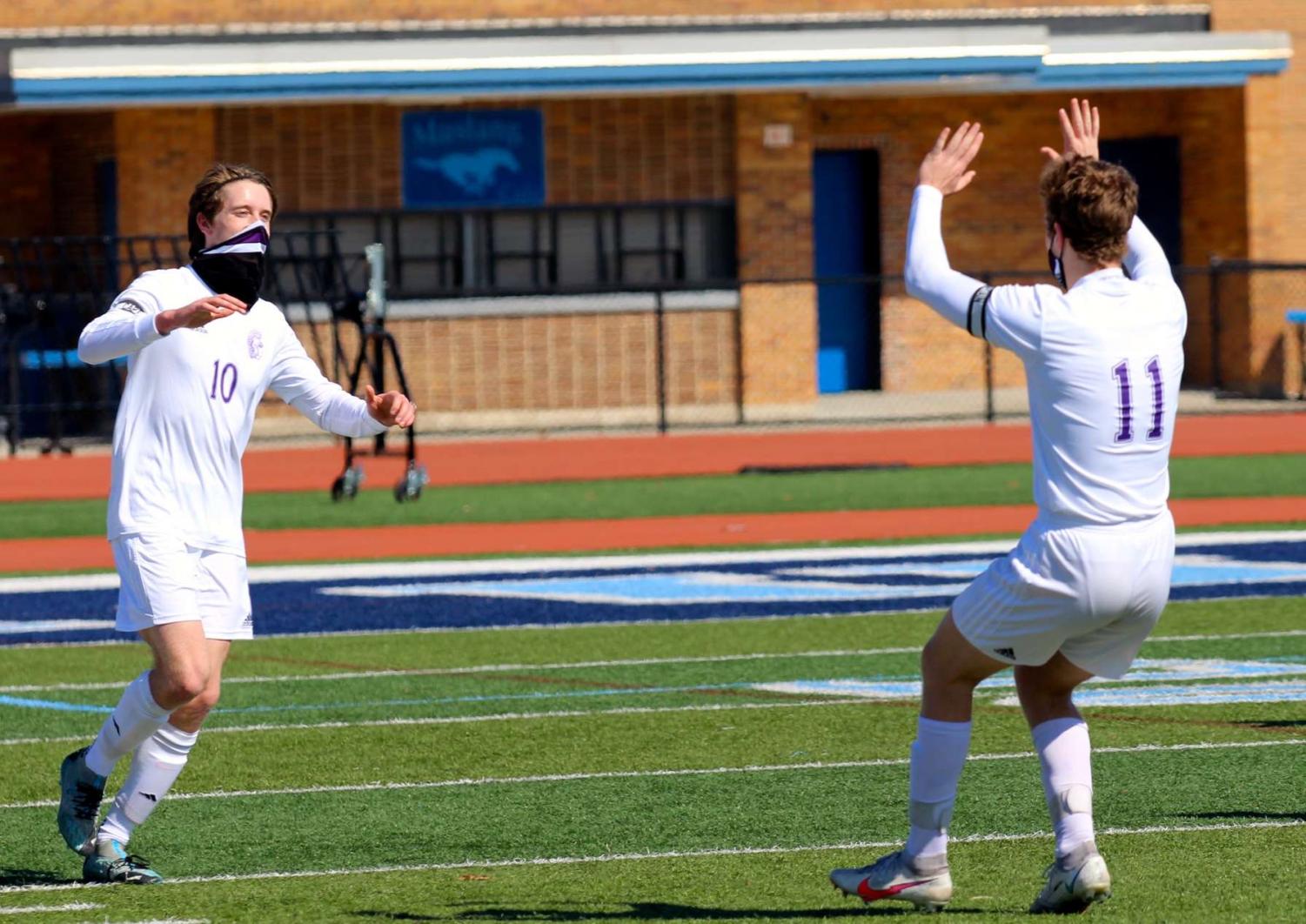 With a 3-0 win against DGS, the boys’ varsity soccer team has a 2-0-1 record rounding out their first week and a half of play.

With only 11 games on the schedule, they will be playing about half of the games they would in a normal season, but their competition remains tough.

“I know our conference is very strong with LT and York, and the gold side [of the West Suburban Conference] is also very tough. It’s going to be a battle but I think we’re going to have a positive outlook in terms of moving forward,” head coach Mike Schmitt said.

Schmitt credits their early success to many of the senior leaders on the team. In their victory against South, seniors Trygve Hansen and Ben Shaub lead the team in goals, while senior goalkeeper Gavin Crowsen held the Mustangs to a scoreless game.

“We have a large number of seniors that are a really strong core of players that have been playing together for a long time. It’s really been showing on the field that they have a lot of chemistry,” Schmitt said.

Chemistry seems to be the key to the so-far successful team, for most of the seniors, this is the end of an era with their longtime teammates.

“We’ve all been playing with each other for seven years so we all know how each other plays and I feel like that’s important to start the season off,” Hansen said.

After beating their crosstown rivals at DGS, the Trojans FC will continue their quest to a conference championship this Tuesday and Thursday against Hinsdale South and York.