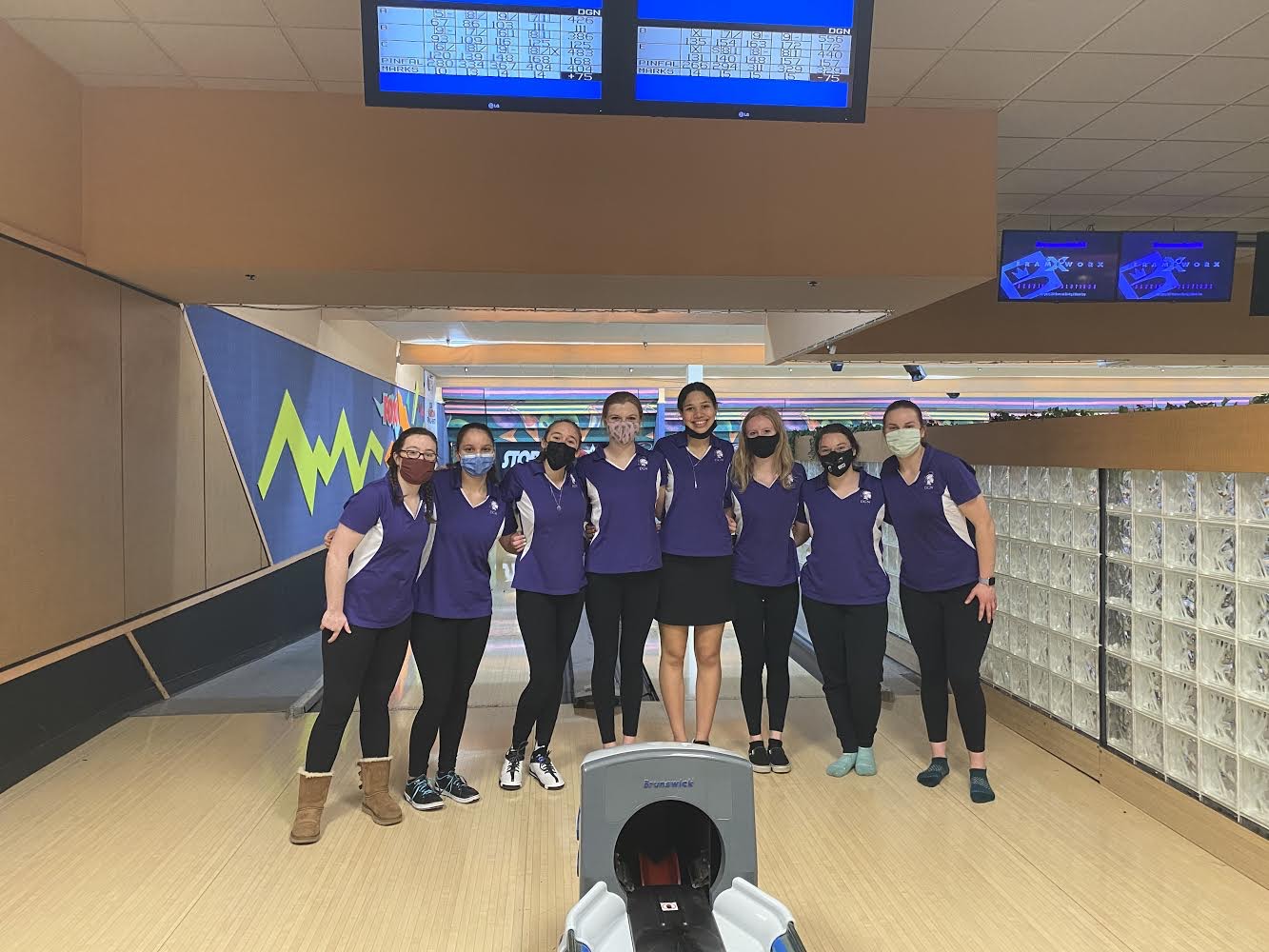 ON A ROLL: The girls’ bowling team makes the most out of a short season. (Photo by Tina Ebel)

ON A ROLL: The girls’ bowling team makes the most out of a short season.

The girls’ bowling team was left with only a month-long season compared to their usual three. This drastic change led to many obstacles to navigate yet the team still continued to make the best out of their season.

Senior Tina Ebel led the varsity team in competition at their New Trier ‘virtual’ state tournament on March 15 for their last match of the season. With over 80 schools participating and 500 bowlers in total, Ebel placed 48th in state. Her score for the six game match was 1121.

Though this year’s season was different from the others, Ebel still made the most out of the new environment.  When the team was shut down in November, they continued on Zoom.

“Since Fox [Bowl] was closed [during the shutdown], we had to do bowling over Zoom. We had a lot of ‘getting to know you’ activities, workouts, and challenges over winter to give back to others,” Ebel said. “My best memory of this season was having a virtual movie night together.”

When they were able to resume the season at Fox Bowl in Wheaton, it was challenging to get back on pace. Senior Julia Fisher describes what it was like coming back from the break.

“Once the whole remote version of bowling stopped, our team was finally able to bowl again with all of us back together. We started off kind of rocky because we were all trying to get back into the normal routine of coming to practice and once we did that, we started to improve more and more and get stronger each day by cheering each other on when one of us got a strike, spare, or a turkey (three strikes in a row),” Fisher said.

Over the past four years, Fisher has seen major improvements with her skills. This year, she achieved one of her main goals she had for her high school career.

“My biggest accomplishment this year was finally getting a turkey at one of the matches that we played at Fox Bowl. The reason that was such a huge moment for me was that it took me four years to get three strikes in a row without messing up and having total faith in myself and believing that I could do it,” Fisher said.

Freshman Kalee Petras was a member of the bowling team this year and explains what was notable about the season.

“This year was different because we weren’t able to bowl next to our opponents; we had to go on separate lanes,” Petras said. “[My favorite part was] just being able to have a season and bowling my first turkey.”

Bowling updates were posted on the team’s Twitter account (@BowlDgn). The varsity team ended with a 2-6 record. Head coach Scott Gollan explains that the shortened season was a detriment to the team and that they would have benefited from more practices.

“The results have been a bit frustrating, but not totally unexpected. A huge key coming into this season was going to be the time that the girls would be able to put into practicing during the off-season,” Gollan said. “All of that was wiped away by the pandemic. It also took about half our season away, as well. All of that lost time really hindered the progress of our younger bowlers.”

Sophomore Amanda Lesley describes the different ways the team had to adjust to practicing and teaching techniques of bowling.

“For the freshman, there was a lot less hands-on teaching like there was last year. Although, Gollan found different ways of teaching by watching videos, watching other bowlers bowl, and teaching what he could from farther away,” Lesley said. “Even though it was different, it was by no means bad. We had fun and cheered each other on.”

Despite the obstacles this year, Gollan is excited for the upcoming seasons.

“Despite the inconsistencies we had throughout the season, I’m very optimistic about the future of our program,” Gollan said.