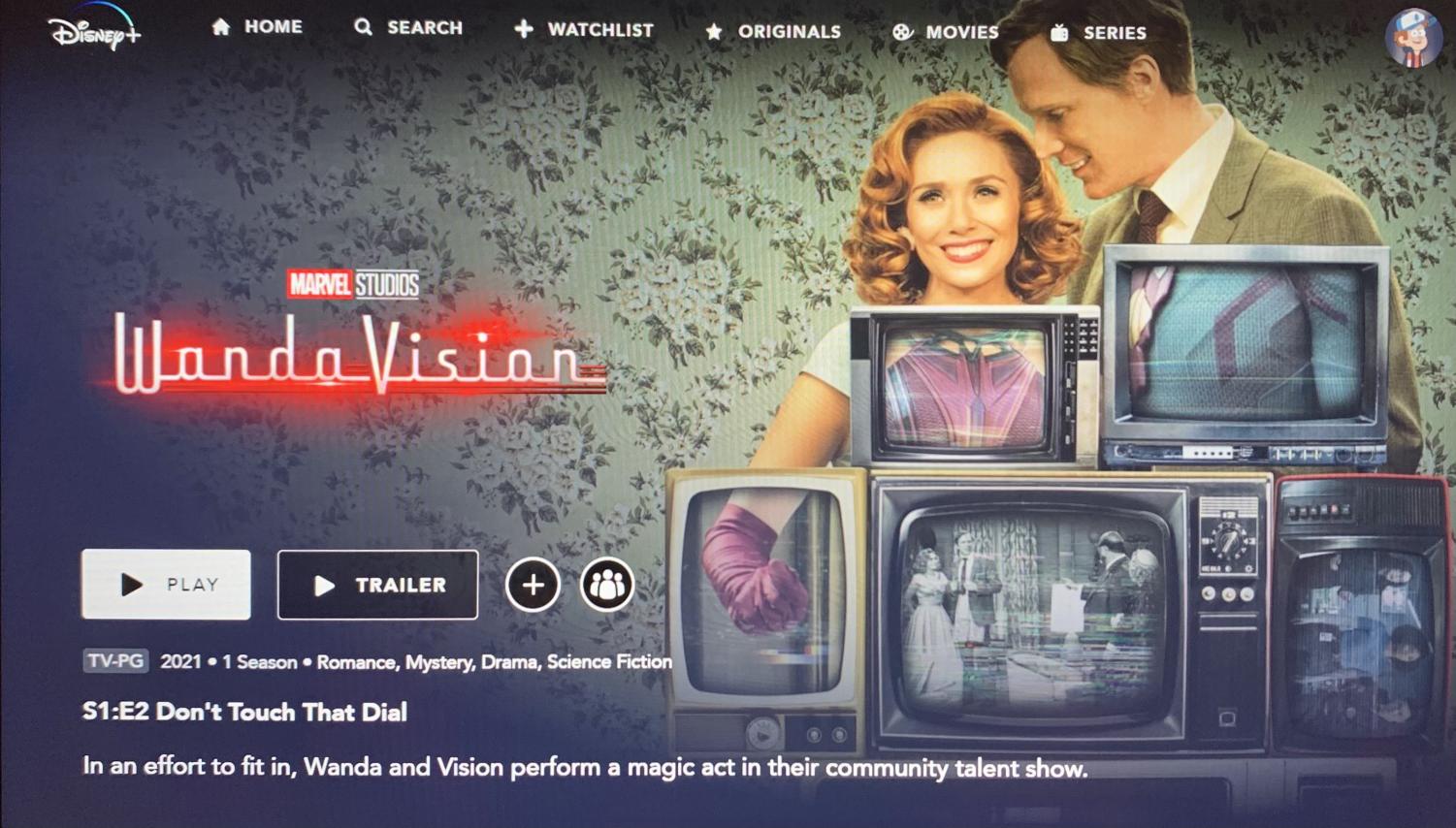 A week ago today the finale of “WandaVision” aired, wrapping the first Disney+ Marvel Studios series that has been released this year.

“WandaVision” is just one of many installments to the Marvel Cinematic Universe’s Phase 4. Directed by Matt Shakman, 9 episodes of the series were released from Jan. 15 to March 5.

Elizabeth Olsen and Paul Bettany reprise their roles as Wanda Maximoff and Vision. The supernatural couple resides in the town of Westview, New Jersey, where they attempt to hide their powers and enjoy a picturesque suburban lifestyle. But as they meet new neighbors and experience unusual situations, Wanda and Vision begin to suspect something is not right.

The couple’s suspicion is correct, and then some. The series is full of silly mischief to life-threatening catastrophes (as any MCU installment would).

One of the most intriguing aspects of the Disney+ series has to be its artistic approach to travel through time. But not time travel like in “Avengers: Endgame” or “Doctor Strange”; “WandaVision” takes audiences through a different decade of television style and TV tropes with each episode. Episode 1 mirrors a 1950s sitcom, referencing the presentation of shows like “I Love Lucy” or “Leave It to Beaver”. Episode 3 is set in the 70s, with obvious parallels to hairstyles, costume, comedy, props, and even the opening title sequence (which parodies “The Brady Bunch”). Fellow Gen Z’s can see the similarities between Episode 7 and shows like “The Office” and “Modern Family”.

Despite the fact that the series begins in a 1950s setting, “WandaVision” takes place only three weeks after “Avengers: Endgame”. Although the first three episodes set up the eerie, uncomfortable feeling that something is not right in the couple’s suburban utopia, three episodes is far too long to wait until audiences are allowed to see beyond Westview and understand the situation (side note: do MCU viewers ever really ‘understand the situation’?). It is finally introduced in Episode 4 that the town of Westview and everyone in it have been altered to a reality of Wanda’s liking (for example, the decade aesthetic), and it changes to please her narrative. But by Episode 4, it can’t be guaranteed that all audiences stuck around through two black and white episodes waiting for the plot to take off.

With any Marvel show or movie, theories and big hopes follow. While some viewers may have been disappointed in speculations that weren’t fulfilled, “WandaVision” provides interesting developments and insight to the MCU storyline and even a few familiar faces that give audiences something to hold onto amidst the chaos. Not familiar faces like Thor or Captain Marvel, but ones that bring comfort and humor to the series: Jimmy Woo (Randall Park) and Darcy Lewis (Kat Dennings).

“WandaVision” plays with the concept of an antagonist, alluding to the idea that there is more than just simply ‘good’ and ‘bad’ in the world of superheroes and villains. Admirably, the series touches on some serious and heavy themes (grief, coping with loss, escaping from reality, the importance of family, etc). “WandaVision” completely reevaluates audiences’ understanding of Wanda Maximoff, whose character and story had only been touched upon briefly in previous MCU films.

The end of “WandaVision” brings even more theories and foreshadowing to the continuation of the MCU. Captain Monica Rambeau makes her second appearance in the MCU (and certainly not her last) and the ancient witch Agatha Harkness is introduced. Even X-Men Universe’s Quicksilver made an unexpected and comical cameo. But, an analysis of every “WandaVision” Easter egg may take writing a novel. For that, take to the internet and it’s limitless fan theories!