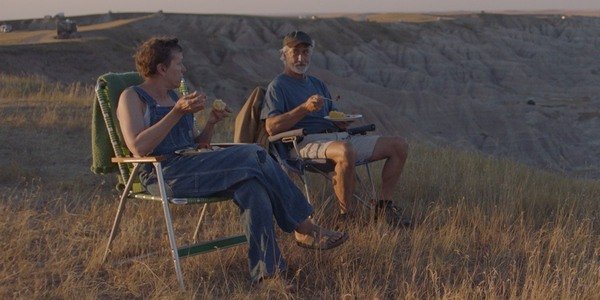 Despite transpiring in pre-pandemic 2011, Nomadland hits close to home in a time when unemployment and solitude are common. With powerful themes of love, friendship and the values of life, this sad yet moving film offers several lessons for the world today.

Released Feb. 19 and directed by award-winning director, screenwriter and producer Chloé Zhao, Nomadland inspects the transient journeys of a widowed woman named Fern (Frances McDormand) after her life as she knew it crumbled in a wave of tragic events.

After working for years at the US Gypsum plant in Empire, Nevada, Fern faces significant life decisions once her job and town shut down. Having lost her husband, she ultimately moves on, selling most of her possessions and buying a van to travel the nation searching for work.

On her travels, Fern meets and befriends many other people in her situation who offer their support and teach her survival skills. She assumes several temporary jobs yet solely relies on nature’s resources and her fellow nomad allies to survive and adjust to her vastly changed lifestyle.

After first hearing about the movie, I anticipated I would be sitting down to get inspired by a powerful story, but I became quickly disappointed. Fern’s unfortunate circumstances and the dull scenery seemingly everywhere she went initially disheartened me.

However, after finishing the movie, I now like to view it as an unopened clam. Upon first seeing a clam, people only notice its unexciting, somber-colored shell. But, they must look deeper into it for its real treasure and worth.

Nomadland is similar: viewers’ eyes first lay upon featureless, depressing imagery and events, but they must look past what they see to harvest any meaning from the film. And, with well-executed themes of friendship, family and humanity prominent throughout, that’s not too difficult to do.

The one critique I have regarding the movie is its tendency to drag on, especially toward its beginning. The film’s setup lasted for about 30 minutes or so, which I feel was much longer than needed. Nomadland’s characters and events weren’t so complex as to essentially require a quarter of the film to establish, and I feel this flaw detracts from the movie’s significance.

Despite this slight snag, though, the film ultimately paints a vivid masterpiece reflecting the real importance of life and its many hidden offerings. It’s no wonder that the movie has won two Golden Globe awards. Audiences walk away realizing that work and money, two things Nomadland’s central characters lack, are of no value compared to life’s prime essence and generous gifts.