The absurdity of the ‘World’s Greatest Athlete’ 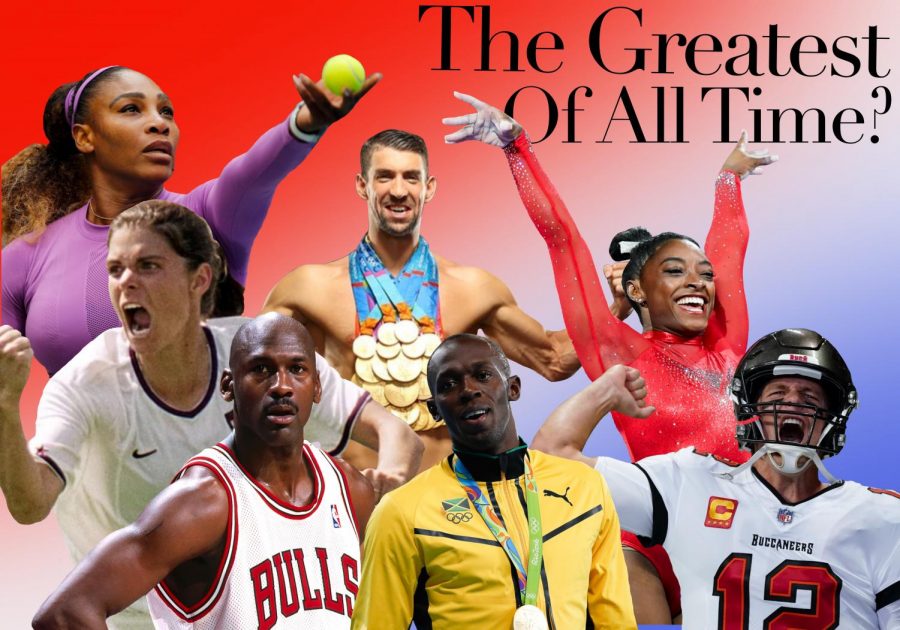 WORLD’S GREATEST ATHLETE?: Individual athletes should be recognized for their performances, not by a meaningless title.

Who is the world’s greatest athlete? Serena Williams, with her unmatchable longevity and powerful dedication? Michael Phelps, the most decorated Olympian in history? Mia Hamm, who played for the US national women’s soccer team at the ripe age of 15.

The simple answer: there is none.

For Brady’s 21st season and 10 conference championship wins, it is a remarkable achievement. However, Brady’s continuation of successes raised huge debates between social media users and sports fanatics as the phrase ‘world’s greatest athlete’ began to trend at the same time.

Supporters of Brady, along with Brady haters, were quick to fill Twitter’s timeline and Instagram’s explore page with arguments full of nonsense, claiming their favorite athlete is deserving of the title. Athletes, such as Usain Bolt and Michael Jordan, were being compared to the quarterback in an attempt to prove an absurd claim.

While the conversation allows for different athletes to be recognized for their dedication and singularity within their own sports, it is impossible to compare one athlete against another for the title ‘world’s greatest athlete’.

The ‘world’s greatest athlete’ conversation allows more room for debate and includes athletes from all types of sport backgrounds, but it is a flawed proposition to pontificate from. Putting athletes, coming from either individual sports and/or team sports, up against each other calls for an unfair premise.

For example, comparing Simone Biles to Serena Williams based on their strength in their respective skills is illogical. Biles’ has changed the sport of gymnastics forever after becoming the most decorated female gymnast in world championships history. Williams has won 23 (and counting) grand slams in her career, also winning the Australian Open in 2017 while pregnant.

Comparing the two, as goes for all athletes, to determine who ranks above the other won’t work since both athletes have strengths and weaknesses in their own categories.

Brady, like all athletes, has dedicated his career to perfecting his own performance and competition. Each athlete is tremendous in their own division but putting one against another for a meaningless title won’t help determine the ‘true’ answer. Individual athletes should be recognized for their achievements rather than their rank in a make-believe competition for a meaningless title.