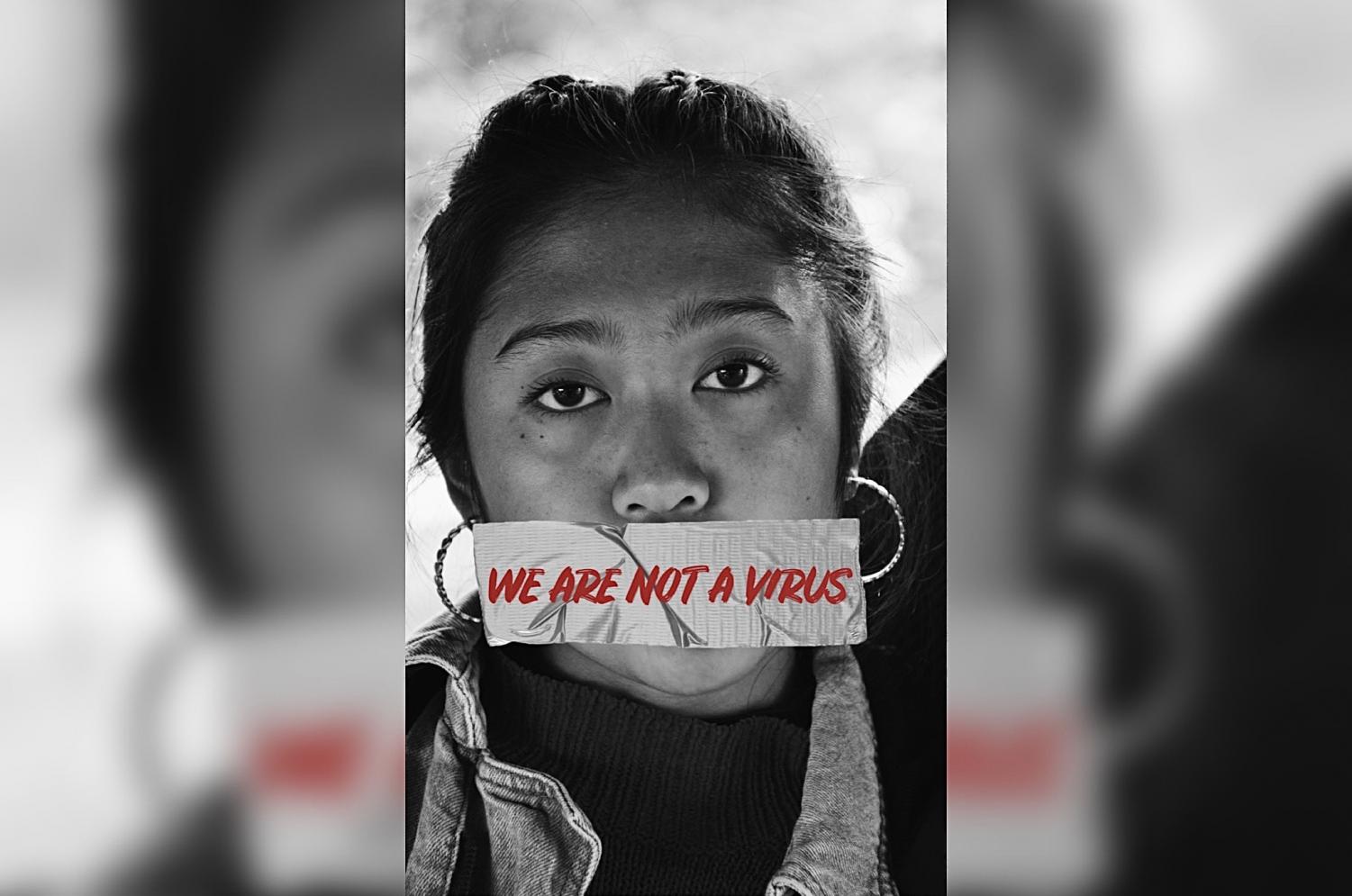 WE ARE NOT A VIRUS: The critic: Emma Cho, half-Filipino, half-Korean, 100% Asian American. (Olivia Shirk)

WE ARE NOT A VIRUS: The critic: Emma Cho, half-Filipino, half-Korean, 100% Asian American.

Season one of “Attack On Asians” first aired to American audiences in March of 2020.

In the first season, our main character, The American Bigot, believed that the Asian American community was to blame for the country’s COVID-19 outbreak. Hoping to solve the problem, The American Bigot used the power of racism and stereotypes to participate in actions of physical assault, verbal abuse, school and workplace discrimmination, and online harassment, all targeting Asian Americans.

After viewing the first season, I couldn’t help but leave a poor review. Asian Americans were getting attacked because they were automatically assumed to be carriers of the Coronavirus? Because The American Bigot saw a direct correlation to the Asian Americans in the US and those living in Wuhan, China, 7,200 miles away?

The storyline was just too silly– beating up Asians was not going to solve the problem, or make things better for The American Bigot. Once people came to realize this, I knew there wouldn’t be enough support for another season.

But, Donald Trump, The Man With Too Much Power, left a positive review. By insisting on calling the Coronavirus “The Chinese Virus”, he encouraged enthusiastic feedback for “Attack On Asians”. Soon, “Chinese Virus” and “Kung-flu” became popular alternatives to “Coronavirus” (which just had too many syllables). The rise of these nicknames correlated with the release of even more “Attack On Asians” episodes.

It seemed that my classmates had also been watching “Attack On Asians”. Inspired by the show, a classmate of mine called me ‘Coronavirus’. I wasn’t assaulted. I wasn’t attacked. It was just a simple verbal tease, because to him, I fit the stereotype. But fueling the stereotype only encourages more harm and more hate (see “The Chinese Virus”, The Man With Too Much Power). When people begin to act on negative stereotypes, that is when minorities’ lives are threatened (see: police brutality).

Unfortunately, 2020 was not the end of it. As 2021 rolled around, a new season of “Attack On Asians” was released. And within just 2 weeks, 5 episodes have aired:

Almost a year since its initial release, “Attack On Asians” makes a violent reappearance. Why, America, do we let this continue?

To The American Bigot (who is, undoubtedly, the antagonist of the story): if you still blame the Asian community for the initiation of the US’s Coronavirus pandemic, who else is there to blame but yourselves for the continuation of the pandemic? Who was it that refused to wear masks, partied on New Year’s Eve, attended college football games, and ignored social distancing?

To my non-Asian friends and peers: What are you doing to combat “Attack On Asians”? Will you watch it without protest? Live, think, and act against racism. Reject stereotypes. SHOW your support for the community that is currently facing harm and loss. Please do not make me stand alone while my people are being beaten and attacked. Your silence is violence.

This cannot go on for another year. Let this resurgence of attacks be the last and final season off “Attack On Asians”. Cancel production! We are tired of the same racist narrative.

One Response to “Review: “Attack On Asians: The Final Season””