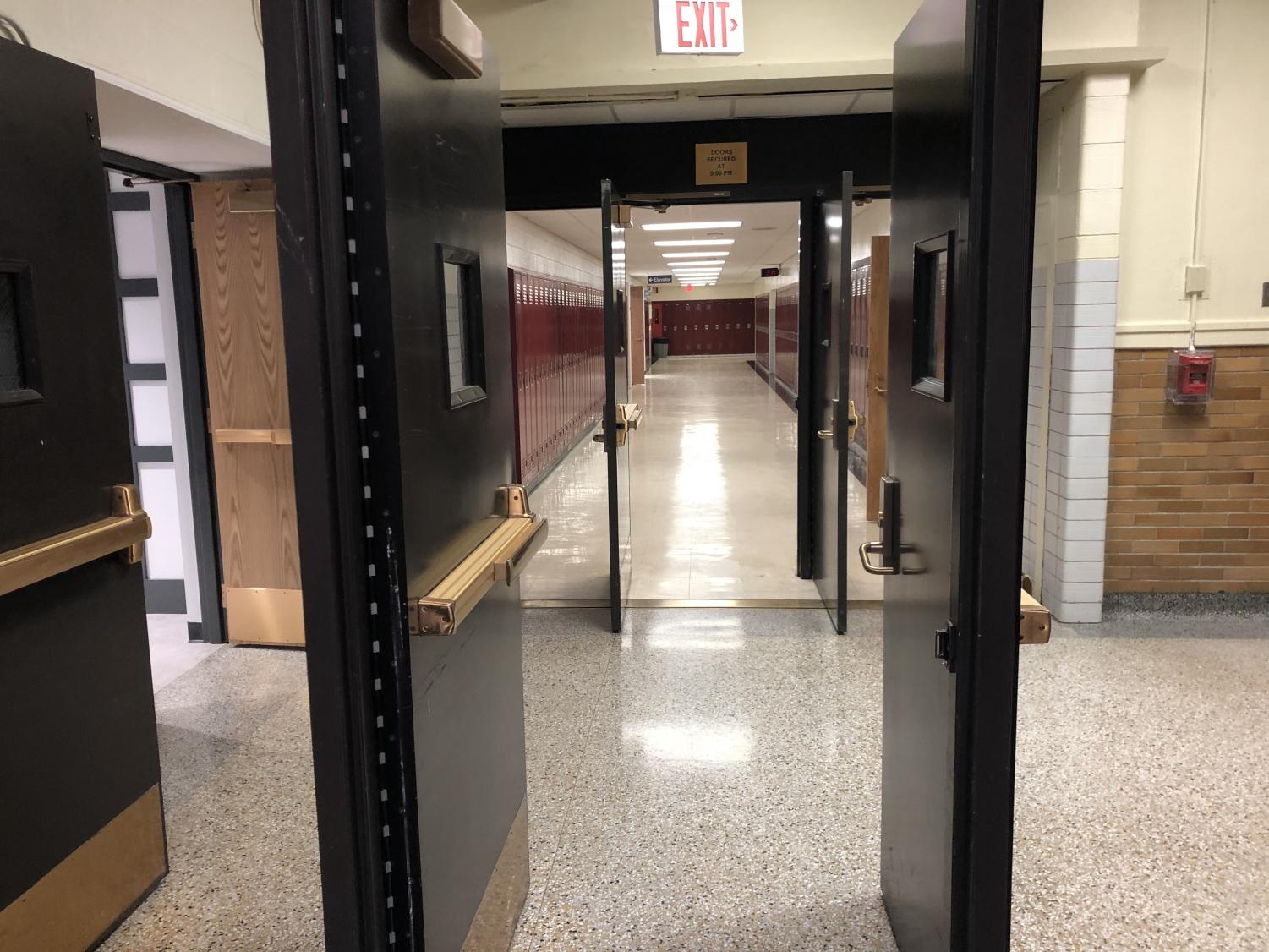 Through six weeks into the 2021 hybrid schedule, some in-person classes have been filled with students while others have been barren, at times consisting of only one to two students. With students having the option to opt-out of hybrid learning whenever they choose, each new week is a gamble for how many students teachers have in class at a time.

After walking into her Physics 300 class two weeks ago, junior Ally Whitacre was surprised to see even fewer students than the normal, already small, crowd.

“It was for sure a shock,” Whitacre said. “I was kind of bummed to see nobody else there and it felt pointless being there since I just had to be on the Zoom the whole time.”

There were only two other students in her class, but Whitacre has found most of her other classes to be six students or more. Whitacre explained that she still prefers a larger class dynamic over a smaller group.

“I think smaller classes in some classes are more beneficial for your learning because you get more one on one time with the teacher, but overall I think it’s better to have peers there learning with you,” Whitacre said.

AP US Government teacher Keith Lichtenberg has found his sixth-period L-Z group to only consist of two in-person students. In spite of most teachers preferring larger crowds, Lichtenberg has remained optimistic about his duet.

“They are very impressive AP Government students who have been great to work with so far this semester. Obviously, we would love to have a larger group together, but right now, we are trying to keep our team together regardless of if they are in person or remote,” Lichtenberg said.

Lichtenberg’s end-of-the-alphabet sixth-period class is his sole mini-class he does his best to bridge the gap between remote learning and Zoom attendees.

“Keeping the classroom community together is important and we are trying to make sure we stay connected,” Lichtenberg said.

Junior Mason Walters also found himself to be the only student in his in-person math class.

“I am an early person so I got [to class] a bit early and when I was the only other person in there at first I didn’t think much of it,” Walters said. “As we got closer to class time it became weird and awkward and sure enough I was the only student in there which made it hard for me to be able to ask a question without having to distract the teacher from the lesson or little things like that.”

Walters believes that staying home would have been a better alternative to being the only student physically in class. Unfortunately for him and most students, normal day-to-day peer interactions have nearly disappeared.

“I can’t talk to my peers and get help quick because if I want help I would have to stop the whole lesson,” Walters said.

“It has not been consistently less than five [students]; it’s more inconsistent. I think I was supposed to have 11 people in-person and one day only four showed up. I couldn’t have been expecting that but you can’t expect much nowadays.””

Social studies teacher Dennis Rogala has found each hybrid day to be a gamble, with some days bringing in far more students than others.

“It has not been consistently less than five [students]; it’s more inconsistent,” Rogala said. “I think I was supposed to have 11 people in-person and one day only four showed up. I couldn’t have been expecting that but you can’t expect much nowadays.”

Rogala and other teachers have found lesson-planning to be a greater challenge than in previous years where they could count on a full group of students being in the building.

“It’s difficult to lesson-plan around when you don’t know how many kids are going to be online and in-person because obviously, you want to make a lesson plan as good as possible—but you also need to build in flexibility since you don’t know what is going to happen,” Rogala said.

This year has led to students feeling less motivated to participate than ever, and teachers are seeing the effects.

“As a teacher you really want everyone to participate and make sure everyone is learning, and discussions don’t go well when people lag and I can’t hear them,” Rogala said. “Trying to think about workarounds to these consistent technical issues is something we’ve all had to deal with. Class works well when students are trying and engaged and it’s difficult as a teacher to make sure that all students are participating and tuning in.”

Junior Dean Golminas attends Downers Grove South, where roughly 49% of students are opting to stay remote only. Despite DGS’s larger student population, Golminas found himself in shock to be the sole in-person learner in his AP European History class.

“I was a little disappointed that no one else was there, and that took out the social and collaborative aspect of in-person learning that other classes have,” Golminas said. “Being in class alone is very similar to being at home, but I am fortunate to be able to spend less time looking at a small computer screen.”

Luckily for him, Golminas’ AP Euro teacher is his long-distance running coach, so he didn’t find the class period to be too awkward. Overall, Golminas remains thankful for the opportunity to learn, even though being alone in the classroom feels similar to being at home.

“A class like that is definitely worse than a traditional school, but given that this is not a normal school year, a small class is helpful because it is much easier to stay focused and attentive while in person. While it is not ideal, I find it easier to learn with a teacher talking directly to me, even if the class size is small,” Golminas said.

The second semester has still only just begun, and it is unclear whether or not more students will decide to opt into hybrid learning or not. With case numbers falling though, it appears D99 will remain in-person for the foreseeable future.