Trashing the ocean, one mask and take-out bag at a time 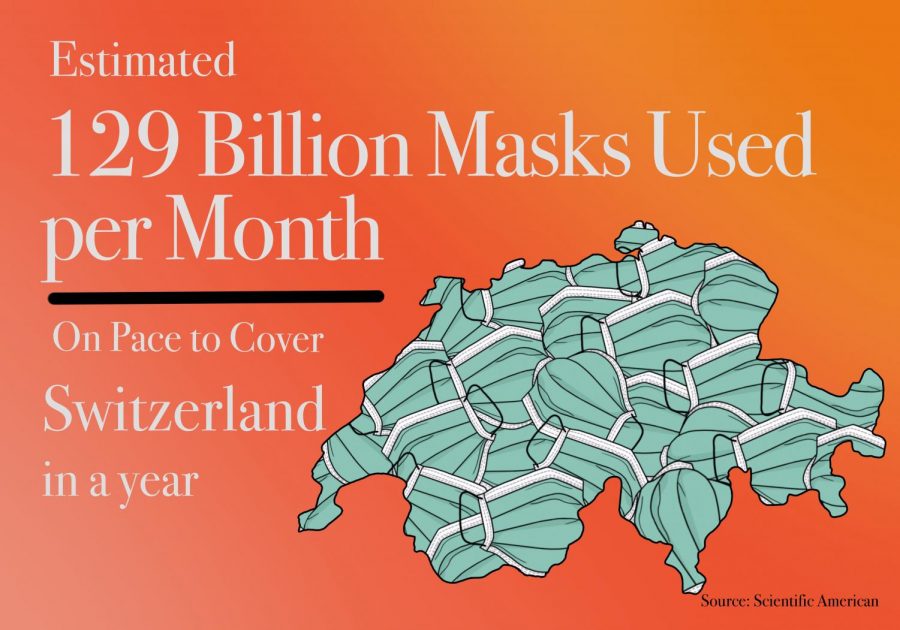 Trash has been piling up in the oceans like mountains for years. But how has the COVID-19 pandemic affected the creatures that call these waters home?

Eight million metric tons of plastic end up in the ocean every year. According to Scientific American, the total weight is the amount of 90 aircraft carriers. Even more striking, according to projected models, there will be more trash in the oceans by weight than fish by the year 2050. The scariest part is that this is all pre-COVID-19 information.

For a while, there seemed to be a sliver of hope while most of the world was at home quarantining during the pandemic. The canals in Venice, Italy had turned clear again after the streets had been deserted in mid-March. Carbon emissions in the US (notoriously one of the world’s largest emitters) had dropped 11% in 2020. While this is all great news, our oceans have been struggling.

It is estimated that 129 billion face masks and 65 billion gloves are being used every month. All of these masks (used and projected to be used) stitched together would be able to cover the entire landmass of Switzerland.

The larger problem here is that so many of these masks and gloves end up in our oceans. Turtles and other sea creatures mistake these PPE for jellyfish and eat them, then get sick and die. The PPE can also get entangled around birds and other wildlife.

Single use plastic is also pilling up in our oceans faster than it can be cleared out.

Take out boxes have been keeping some restaurants afloat during the pandemic, but have been quickly sinking our oceans. With the safety of ordering food from home and quick grab-and-go meals, single-use plastic, which often cannot be recycled, is uncontrollably filling up. According to ACS Publications in 2020 we used 30% more waste than in 2019.

Trash, if not picked up and recycled, will eventually leak into the ocean. Waste pickers, people who pick up extra trash on a street corner for money and then later recycling it, play a critical role in protecting our oceans. Their important role acts as another line of defense in keeping trash from flooding into the ocean. Unfortunately, these groups of people have had to pick up almost twice as much plastic for the same amount of money before the pandemic started. This discourages people from picking up the trash and helping the oceans. Not to mention in some places around the world people are still on lockdown and are unable to participate.

Although there is hope for the future. Transparency is going to play a crucial role in reducing our plastic usage and it starts with big companies. The project called ReSource Plastic, launched in June 2020, encourages big companies to share their carbon footprint with their consumers. How is their plastic being disposed of? Prominent companies like Starbucks, McDonald’s, and Coca-Cola have already committed to the program.

The hope of big companies showing consumers just how they dispose of their plastic is one way we can help our oceans amidst COVID-19. But this also comes down to individuals. Consciously recycling and being aware of how and where you are throwing away masks, gloves, and other single-use plastics can help save the oceans and wildlife.