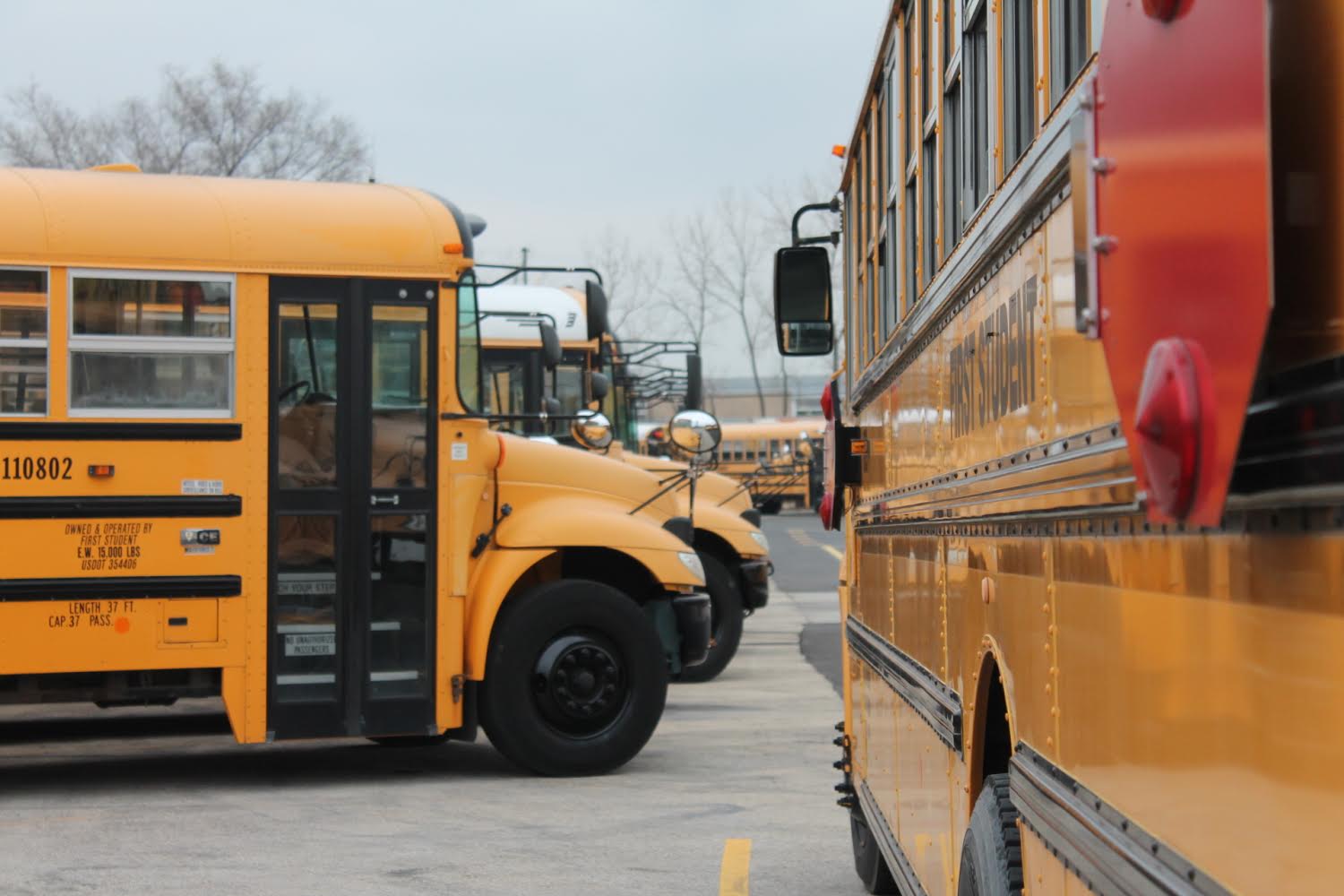 STOP, PEDESTRIANS (NOT) CROSSING: Students riding the bus this semester was short lived.

The pandemic has caused a shift in the way DGN does almost everything—even riding the bus. Sophomore Suzette Alvarez was asked about her experience riding the bus during the hybrid schedule, “It was something very different, but I am glad that there was an opportunity to return to school for a little bit in a safe way,” Alvarez said.

Riding the bus was a rare occasion this semester, as students attended school for just two weeks, but things looked different nevertheless.

The interruption of the 2019-2020 school year resulted in the district meeting with the management of First Student, the company that provides District 99 busses and bus drivers, to discuss the situation.

There was an agreement made that District 99 would pay the drivers and other essential bus staff their daily salaries, despite not running any routes due to the pandemic. “This is because we knew that it would be extremely difficult, if not impossible, to find new drivers if in-person learning were to restart and we had to get all 45 daily routes [from DGN and DGS] going again with little notice,” District 99 Controller Mark Staehlin said.

This system is set in place again for this current school year.

“As long as we still have a chance of returning to in-person instruction, we intend to be able to restart the regular daily routes with little or no delay,” Staehlin said.

Students faced several health restrictions on the bus. There was a limit to one person to a seat, and face masks and shields were to be worn throughout the whole ride.  Alvarez rode the bus during in-person learning.

“Our bus would usually be full, which would require students to be two people per seat, but since only one person was allowed in the seats it felt very different,” Alvarez said.

There were fewer students on each bus, staff members were added. Staff who have various jobs at DGN rode the bus to enforce COVID rules. Supervisors would meet students at every bus stop to check the district-given self-certification slips as well as making sure face masks and shields were worn.

“I volunteered just to see some students, you are all so missed in the school.  It is just not the same without you,” Cash said.

Sophomore Justin Aldea felt as though things were awkward on the bus and did not feel the same as pre-COVID rides.

“The atmosphere felt a lot more dark and the silence doesn’t really help and kind of shows how much COVID has really affected our school spirit,” Aldea said.

Riding the bus for a sports event was a new experience for the fall sports that were able to compete. The rules for riding started off with having face masks and shields on and having a person sitting in every other row and every other seat. Around halfway through the season, athletes could sit one person per seat if they had a mask on.

For the boys’ cross country team, it would take three busses to head to a meet at times.

Many athletes chose to carpool or drive separately, but they would have to submit a form stating that they would carpool with the same people for the entirety of the season.

“We offered busses for kids who could not get a ride, but the vast majority of kids got driven on their own. There were times where we did not even take a bus,” boys cross country head coach John Sipple said.

What is currently in the works is a schedule that has a larger number of in-person learning days for the second semester of the 2020-2021 school year, District 99 sent in an email to the District 99 community Dec. 3, which means more use of the busses to come.