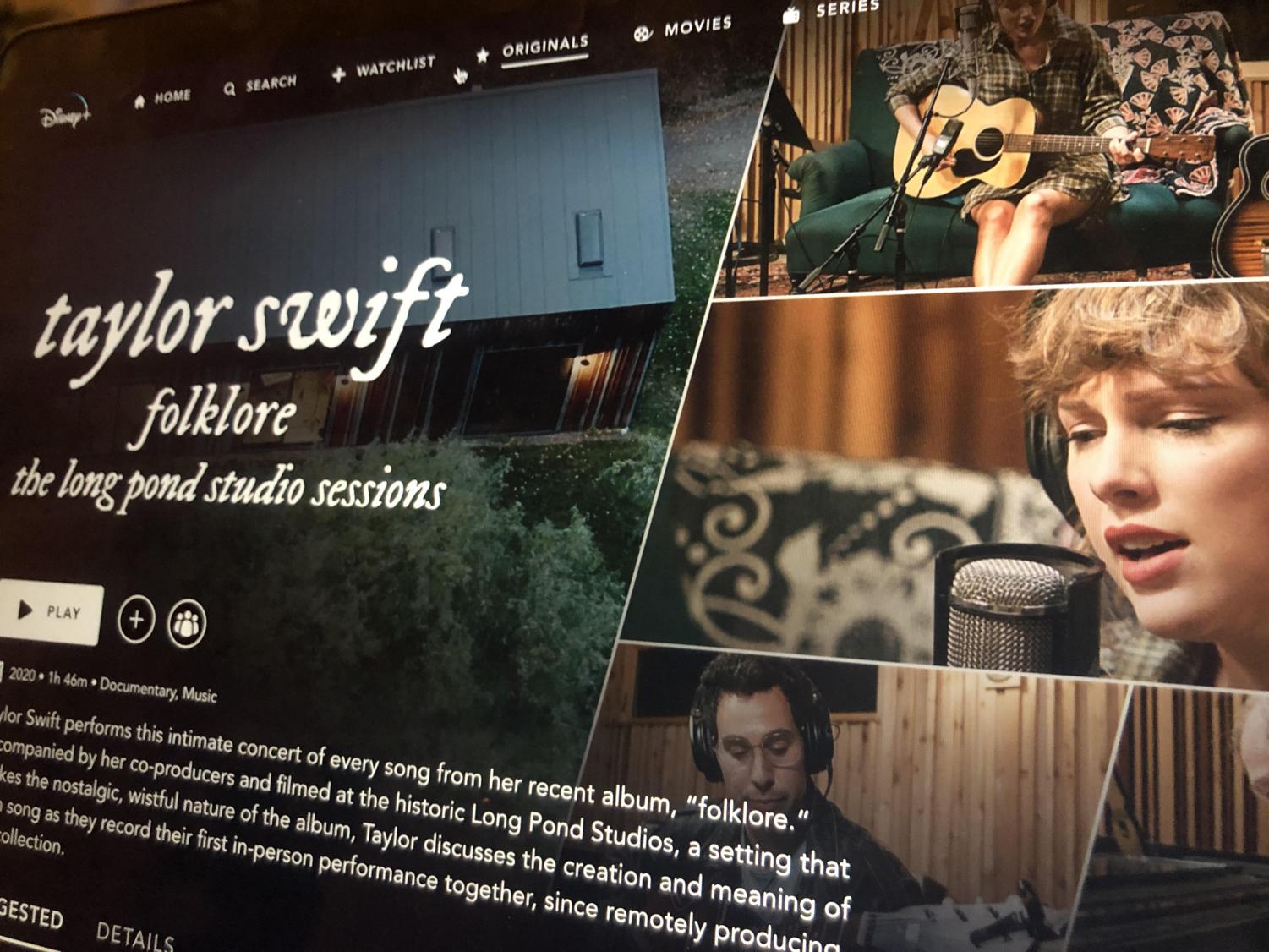 In a time where live music is almost impossible to come by, Taylor Swift’s ‘Folklore: The Long Pond Studio Sessions’ gives fans a taste of what’s to come when she can start touring. Viewers get to experience Folklore on Disney+ like no other, in a small, intimate setting. Swift performs each song on the album along with her co-producers, Aaron Dessner and Jack Antonoff, and special guest, lead singer of Bon Iver, Justin Vernon.

Swift walks us through her creation of an album during quarantine, recording it in her own house, and collaborating via zoom. She sits down with her co-producers for the first time since quarantine to have an honest conversation and play through the album. Before each song started, we heard the story and intent behind each song, and it showed Swift’s true musical ability. All of Swift’s previous albums have been autobiographical, but this album was full of songs that acted as stories, some true and some not, that were intertwined throughout the album.

The film, directed by Swift, has an eerie but cozy charm and took my breath away. The discussions between Swift and her co-producers offer us a look into the creative process of creating an album that I’ve never seen before. I was surprised that none of the songs she performed were really that different from the versions recorded. It would have been fun to hear a different take on some of the songs, but I also think Swift knew we needed something simple and predictable during this nerve racking time. As for what’s next for Swift, we don’t know too much, but we know that she plans to re-record her seven previous albums, so she has the rights to her own music.

As a loud and proud swiftie, I loved watching her perform all of her songs in such an intimate setting that we would have never gotten without COVID-19. It’s something that I’ve caught myself wanting to watch over and over again. Take a chance on this album and experience it uniquely.