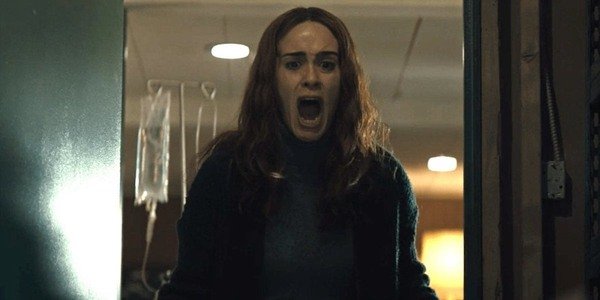 During a time when all are physically and mentally isolated from the outside world, Run adds a new spin to the closeness of family and the true nature of our everyday surroundings. Whether a diehard thriller fan or merely a seeker of entertainment, this suspenseful, mysterious and nail-biting film will leave anyone overly conscious of the people and things they take for granted.

Directed by Aneesh Chaganty, the majority of the thriller’s plot revolves around the Sherman residence, a welcoming home stranded in a rural wilderness. However, its initial charm and cheer are deceiving to fresh eyes, along with Paulson’s character’s seemingly warmhearted behavior.

At first, the film leaves audiences with a warm feeling as they observe the tender bond between Diane and her daughter. Diagnosed with several disorders, Chloe appreciates her mother’s loving care, who provides her with homeschooling, her medications, homemade meals and physical and emotional support. But one day, Chloe discovers the life-changing truth to a sinister secret that ultimately changes her life. From there, the action begins.

One thing viewers will immediately notice during the film is how fast the plotline plays out. Run throws countless plot twists, intense, terrifying scenes and mind-blowing realizations at its audience. To illustrate, Chloe attempts to escape Diane’s possessive clutches on numerous occasions, each more suspenseful and complex than the last. Paulson’s character becomes more sinister with each attempt until, at last, her kindhearted skin sheds and she reveals her true, malicious form.

Another thing that is enjoyable about this thriller is the stunning performance of its protagonist, Chloe. She, played by Allen, acts in a way that makes viewers of the film feel sympathetic for and loving of her character. Her determined personality, likable mannerisms and lifetime dreams are all very relatable and admirable. Given this is the actress’s first movie to star in, this is incredibly impressive, and it’s something we don’t see too often.

Run makes itself unquestionably unique in terms of how it captivates its viewers. Unlike too many other movies, the thriller does not rely heavily on music, visual effects and stunts. Instead, it is its elaborate story and commendable characters alone that really make it stick out from other films of the genre. Audiences will see that the film boasts minimal visual and auditory effects and greatly hones in on its characters’ actions, adding to its immense intensity and mystery.

The film is almost identical to Stephen King’s classic Misery, which also observes the bond between an isolated pair, except for how Run entertains the audience with several eye-opening secrets and delves into a higher level of mystery and action. Viewers will especially see this in Run’s intricate conclusion when the actual heart-pounding and jaw-dropping begins.

Run will accelerate the heart rates and shorten the nails of all who choose to watch it. Whether viewing it out of pure interest, a desire for unforgettable entertainment or just to get frighteningly terrified, the film is bound to make all its onlookers want to “run.”