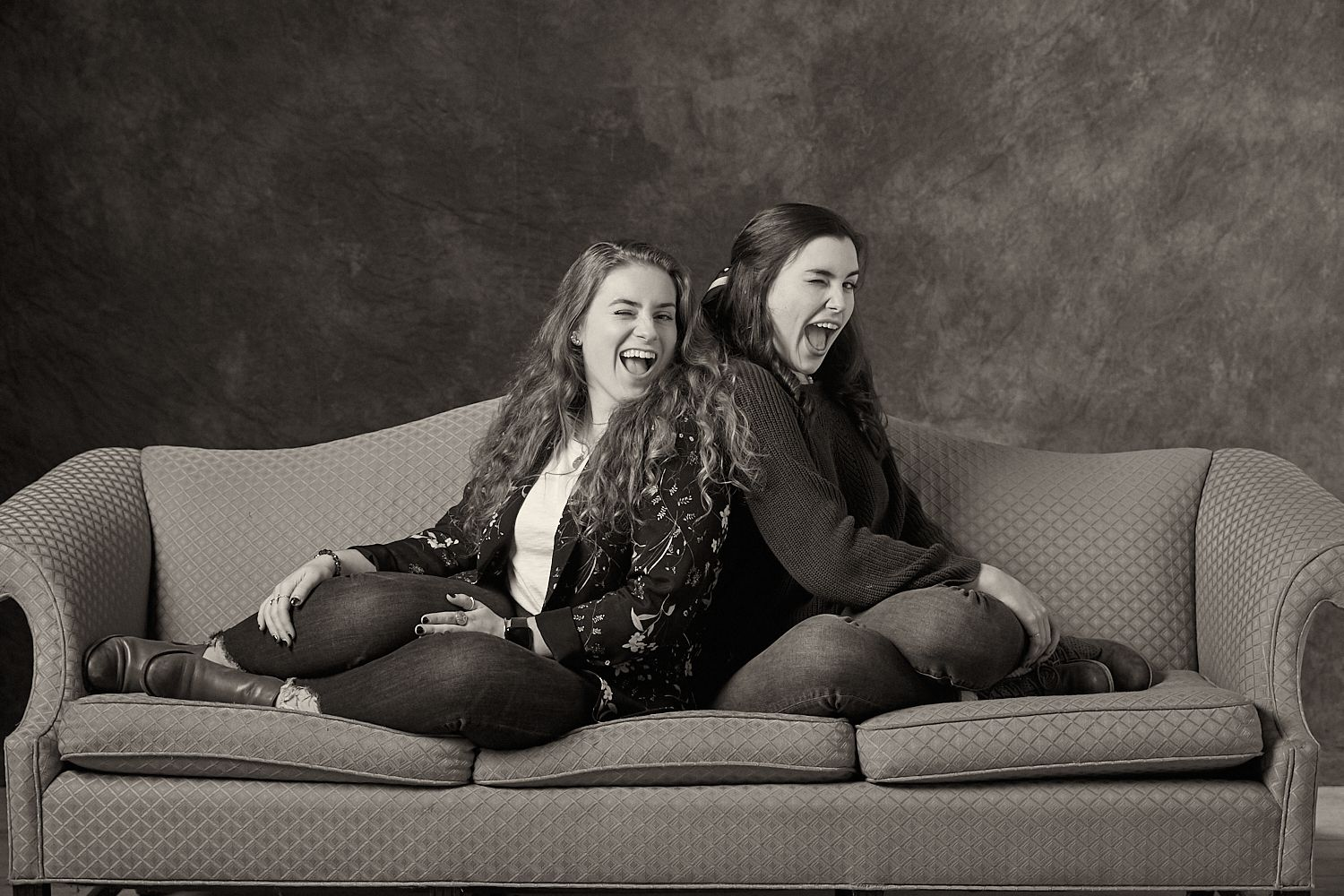 WINK WINK: Durbin (right) and Boone (left) pose together for a funny photo shoot. “Delaney is one of my absolute best friends, so working alongside her was a dream come true,” Boone said. (Miles Boone)

WINK WINK: Durbin (right) and Boone (left) pose together for a funny photo shoot. “Delaney is one of my absolute best friends, so working alongside her was a dream come true,” Boone said.

“Just this summer when an actor bailed on Snoopy: The Musical, the very panicky director asked me, ‘Who can possibly step in at the last minute, learn all the lines, music, dances, and blocking?’ All I said was, ‘Call Durbin.’ And it was done,” theater teacher Demetrios Pappageorge said. “Not only did she learn everything in record time, but she kicked butt in the show.”

In an email commenting about senior Delaney Durbin’s impact on the theater program, Pappageorge said one word, “LARGE.”

Since she was eight years old, Durbin has loved the stage. Whether she’s acting in the spotlight or behind the scenes directing, the theater has been an outlet for her to channel her creative energy.

She loves the community that theater has provided, including the friends she’s made, and the relationships she hopes will last forever.

“There really are no people better than theater people, and the community that they create is welcoming, encouraging, challenging, and inspiring all at once,” Durbin said.

When she was first introduced to acting she played parts in The Little Mermaid, Annie, and The Wizard of Oz. At first, she started in smaller roles, but as her line-count increased, so did her love for the art.

While she excelled more and more on stage, her interest in directing peaked as well.

“I was never really totally satisfied to only be acting in the shows though, and I always had an interest in knowing what was going on behind the scenes, wanting to produce and direct,” Durbin said.

Most recently, Durbin took her turn to sit in the director’s chair when she co-directed the one-act musical Backstage. Durbin’s friend and co-director, Renee Boone, can attest to the fact that collaborating with her is never a dull moment.

“She always made sure our rehearsals were energetic and fun for everyone involved. It allows Delaney, and everyone else, to be themselves, which honestly makes the entire process so much better,” Boone said.

Even through difficulties, she loves the creative fulfillment that directing has brought to her.

“I found that mental challenge invigorating, and it definitely taught me a lot about problem-solving and how to communicate something that lived inside my head in a way that could make sense to the people around me,” Durbin said.

Unfortunately, it is Durbin’s last year in the theater program, but the energy and enthusiasm she carries every day have brought even more light to the stage.

“She is one of this very talented senior class that we are going to miss next year. I look forward to hearing how she does when she swims out of the DGN pond and into the ocean,” Pappageorge said.