Base respect off of character, not political affiliation 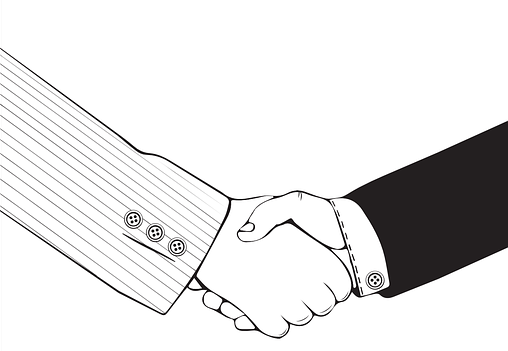 Image by Fosphatic-Duke on Pixabay

The golden rule- treat others how you want to be treated. We all learned it before we could read chapter books, it is preached at us by adults constantly. Yet, finding adults applying it to their lives is scarce. We just witnessed two men who want to lead the country, who these children are supposed to look up to, throw insults at each other such as “there is nothing smart about you” and “this clown” among them.

Blaming the other party for everything going on in the world just escalates every problem. Americans are so hung up with trying to prove themselves correct that they end up discrediting people’s characters and taking valuable time away from critical issues.

Take COVID-19 for example. Republicans are blaming Democrats for ruining the economy and Democrats are blaming Republicans for worsening the spread of the virus. It is very clear that both are significantly getting damaged, with cases soaring to the 150,000’s and businesses barely being able to stay afloat, so it is painful to see that with all the struggles Americans are facing one of our first instincts is to blame the other side.

What I am not saying is that everybody needs to agree on every topic, but in order to create a country that feels safe and that people are proud to call home, the attacking of our fellow citizens needs to stop. The actions one takes towards being a respectful person should be what they are judged by.

One thing that needs to be straightened out is the difference between politics and human decency. Hating a human being because of how they are genetically built or how they identify and wanting to take away their rights are not partisan issues. That is called being a supremacist. There is a rising number of hate groups in the United States, as of 2018, there were over 1000. Using political affiliation as an excuse to be hateful destroys the reputation of the party in which you associate yourself and the productive people within it, and most importantly repulsively targets innocent people.

When everything is said and done, judging people for the political beliefs, religious standings, who they love, or their race will get absolutely nothing done in the government or otherwise. Above all, we are all trying to live a prosperous life, so why disassemble somebody else’s way of living?

Please, before you call somebody disgraceful or idiotic solely based on their political affiliation and not the content of their character, check yourself, no matter which way you lean. It is time to use the name United States validly.