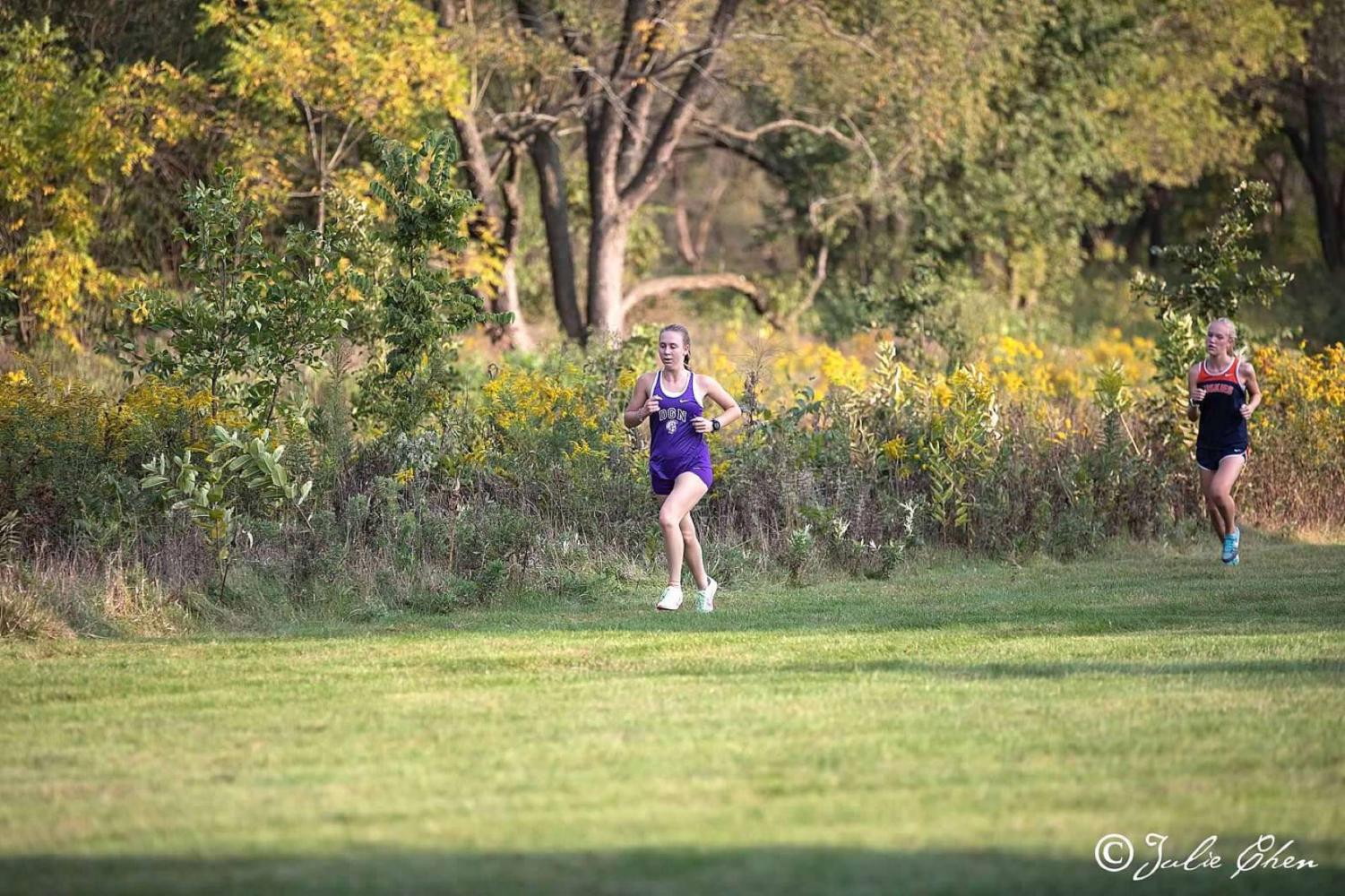 Athlete of the month: Elena Tomchek

High school is a time for trying new things,and junior Elena Tomchek did just that by conquering cross country this fall.  Running competitively is no easy feat, especially in DGN’s ultra-successful cross country program. Tomchek had an outstanding season this fall, despite her lack of experience.

Tomchek put in lots of work this season in hopes of setting new PR’s every race, and her efforts paid off. She managed to finish every conference race in first place at the JV level, and had shaved over a minute off of her three-mile time by the end of the season. Tomchek credits her teammates for playing a large role in her success.

“I think I was able to have success this fall due to the hardworking nature of my teammates,” Tomchek said. “I made sure to run with people that would push me to be my best self so I could continue to improve.”

According to Tomchek, this team pushed each other to the limits every time they ran, in practice and in meets. In fact, her favorite part of being on the cross country team was the competitive atmosphere and the high standards the runners had for themselves and their teammates.

“I enjoyed making new friends and getting closer to the coaches. Also, everyone on the team worked with each other to push each other to be our best selves.”

Tomchek is primarily a soccer player, with cross country being her secondary sport. Regardless, she was able to inspire her teammates to be their best and lead by example in races and practices. Sophomore Maggie Fleming also ran cross country this year, and looked up to Tomchek for her positive attitude and effort.

“Elena is a great teammate to have,” Fleming said. “She never slacked off in practice and always tried her best even while injured, and she always got first place. She didn’t necessarily lead with her voice, but with her positive actions.”

In her debut season, Tomchek became a better runner, had plenty of success, and made lots of memories and bonds with her teammates. The cross country season was a great experience in her eyes, and though her future in the sport is uncertain, she is hopeful to keep competing.

“ For my senior year, I plan on running cross country,” Tomchek said. “I would love to run in college, but I don’t think it will be possible based on the university I want to go to.”

While soccer will always be her go-to sport, Tomchek had a great time running cross country this fall. Her competitive instincts and mentality not only led her towards success, but inspired her teammates to achieve greatness. While she looks forward to next fall season and soccer, this past season will be one she never forgets.