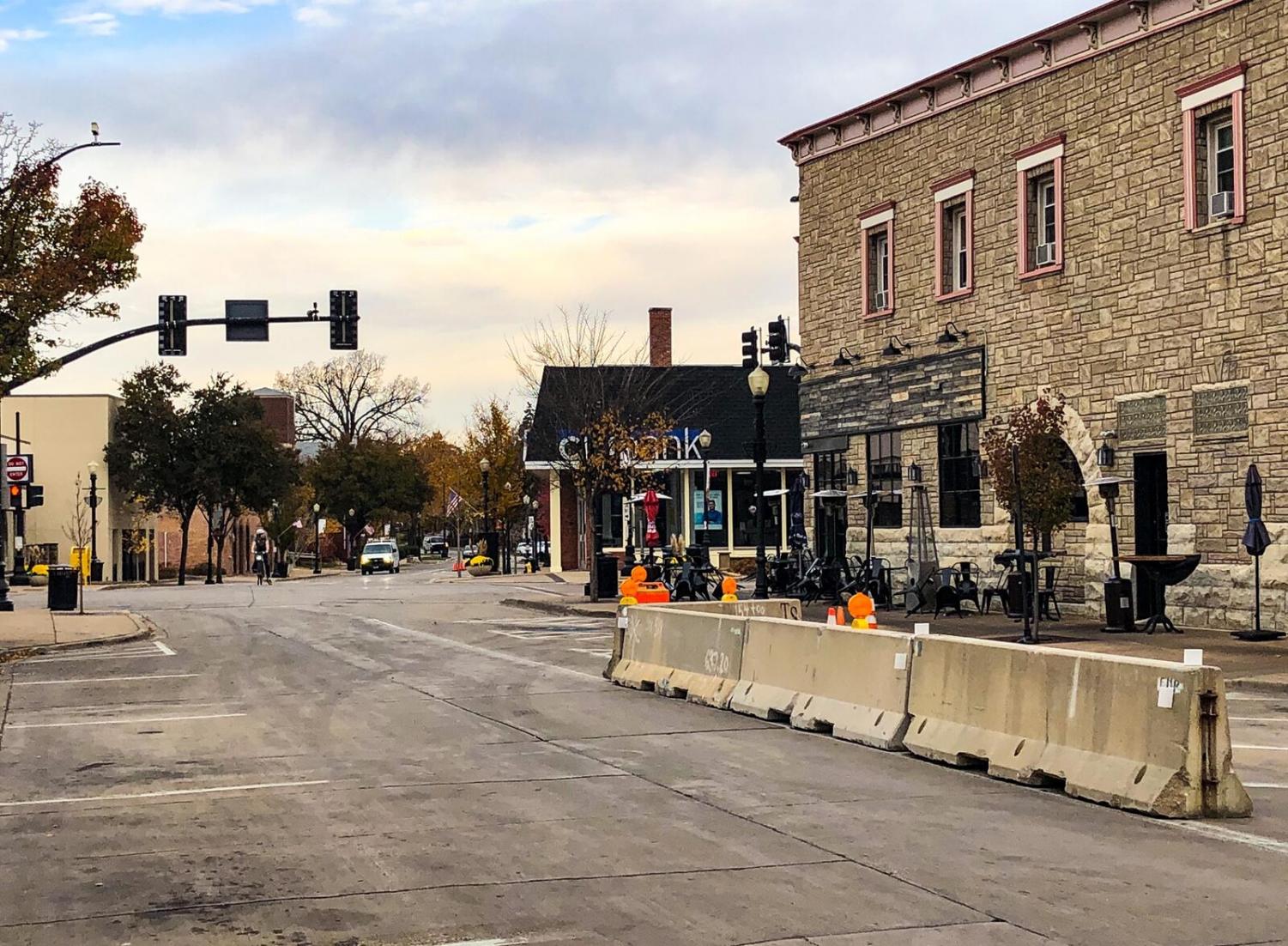 The implemented indoor dining ban has proved to not only have restaurants take a hit, but the teenage workers behind them as well. With some unemployed and others waiting for when they’ll be able to work again, the lack of indoor seats has created uncertainty amongst high school-aged workers in an already unconventional time.

According to a post shared Nov. 5 via Nextdoor by Downers Grove Mayor Bob Barnett, “The state’s Region 8 COVID-19 Mitigation Efforts that prohibit indoor dining are a devastating blow to local restaurants.”

As stated in the said document, bars and restaurants must offer no indoor service and are only allowed to be open from 6 a.m. to 11 p.m. in order to cooperate with new safety measures.

In response to the limit on indoor dining, Barnett signed an Executive Order to allow for tents to be put up in hopes to extend the outdoor dining season. The new plan, developed with input from Downtown Management, also permits the return of many parking spaces, improving sidewalk accessibility and safety and keeping the best interest of non-foodservice retailers in mind.

Junior Natalie Mall is a current hostess at Gia Mia and has seen a clear effect as a result of the indoor dining ban. Due to the lack of business, she hasn’t been called into work for a week since fewer employees are needed.

“When we first opened we had beautiful weather so people were willing to eat outside, but now it’s the second week and we don’t have nearly as many people coming to dine,” Mall said. “We do have carryout which is the main source of orders we are getting.”

Even with the ban limiting Mall’s ability to work, she is still grateful for the opportunity to work when she can.

“Work these days gives me something else to do besides sitting at home and doing school. When I get to go into work I socialize with my coworkers, interact with customers, and honestly, I have a really fun time at work,” Mall said.

Junior Mia Dicera also works as a hostess at Gia Mia and, like Mall, has only been working on a limited basis. However, she still holds high hopes that indoor dining will be able to reopen soon so that she’ll be able to have a full working experience.

“This is my first job, so I am still getting used to how the restaurant business works,” Dicera said. “Sadly, during this time, I am not able to have the full experience of working as a host, but Gia Mia has done a great job accommodating all guests and their staff. We all work as a team and help each other out.”

The Foxtail, a restaurant that opened several weeks before COVID-19 hit, has continued to keep their teenage employees working but struggles nonetheless.

“Since it is getting colder outside, not as many people want to eat outside. It’s been challenging to fit everyone in for a reservation outdoors as well since there is limited seating,” junior Ella Campbell, a current hostess, said.

Despite facing challenges, The Foxtail has put forth efforts in hopes of attracting more business during the pandemic. A big tent has been placed outside the restaurant and several heaters have been placed near tables to assist guests in keeping warm.

Though Campbell hasn’t been working as much due to the indoor dining ban, she is still confident in The Foxtail’s efforts thus far.

“I think that The Foxtail is doing the absolute best they can with the circumstances that they have,” Campbell said. “They have an amazing staff and the food is amazing.”

Like The Foxtail, Gatto’s Italian Restaurant and Bar has added tents and heaters to attract more customers and has kept their menu and online ordering process the same. Online orders and reservations, as a result of the indoor dining ban and limited seating, have skyrocketed.

Junior Charlotte Hansen is a current employee at Gatto’s but has not been put on schedule due to the new rules regarding COVID-19. Because of her new circumstances, she has recognized a new take on how being out of a job temporarily has affected her.

“By not being scheduled, I’m not making any money, meaning I’ve been trying to not spend any money at all. Without having a ‘steady income,’ it makes me more aware of how much I spend weekly,” Hansen said. “I realized how much I relied on that money to spend it on things I enjoyed to do.”

Senior Sara Sheikh is a current employee of Egg Harbor Cafe in downtown Downers Grove but has been out of work due to the ban.

“All the hosts at the restaurant were all no longer scheduled for the time being because we were not needed,” Sheikh said. “[The ban] slowed down the revenue of the restaurant tremendously and it made it that we no longer had seating if the weather was bad, being that our patio seating is not very conventional and cannot be used in cold or rainy weather.”

Though the downtown location isn’t currently scheduling, employees still looking to make money were given the option to work at a fellow Egg Harbor Cafe in the area. The Downers Grove location now gains most of its revenue from carryout orders, but this may not compare to the amount that would’ve been made with regular indoor seating.

Being a more pick-up and delivery-focused establishment, Aurelio’s Pizza likely has not been as severely impacted by the indoor dining ban as other restaurants in the downtown area. Junior Max Frank, an employee, believes this to be true.

“Since sit-down restaurants are closed and no one would really be ordering food from them for pick up as often they find it would be simpler to order from us because our food is easier to pick up,” Frank said.

Though Aurelio’s Pizza has not been as harshly impacted, Frank has seen a small change in his work schedule.

“I’ve noticed that I’ve been getting out of work earlier than my scheduled times so my time working has been shortened, but I’ve still been getting scheduled the same amount of days during the week,” Frank said.

Junior Luke Kucera has been a salesperson at Wells Street Popcorn since March and has found the indoor dining ban to have nearly no effect on the store’s business.

“I’d say it has been pretty consistent during this time, with no extreme changes in how many people come in,” Kucera said. “We don’t technically have seating so it didn’t really affect how we operate.”

Due to the fact that Wells Street Popcorn is not a restaurant, Kucera has found his status of working downtown to be just as consistent and pleasant as when he started eight months ago.

“[Working downtown] is a good experience and it seems like the COVID-19 restrictions, for the most part, have been doing their job for those who follow them,” Kucera said.

Anticipation For the Future

With uncertainty in the air as new regulations are put in place, restaurants in the downtown Downers Grove area will be forced to adapt to new circumstances. For their teenage workers, this could mean anything between a jammed schedule or no work at all.

For high school-aged workers now, working is a waiting game, and the next paycheck is no longer a guarantee.