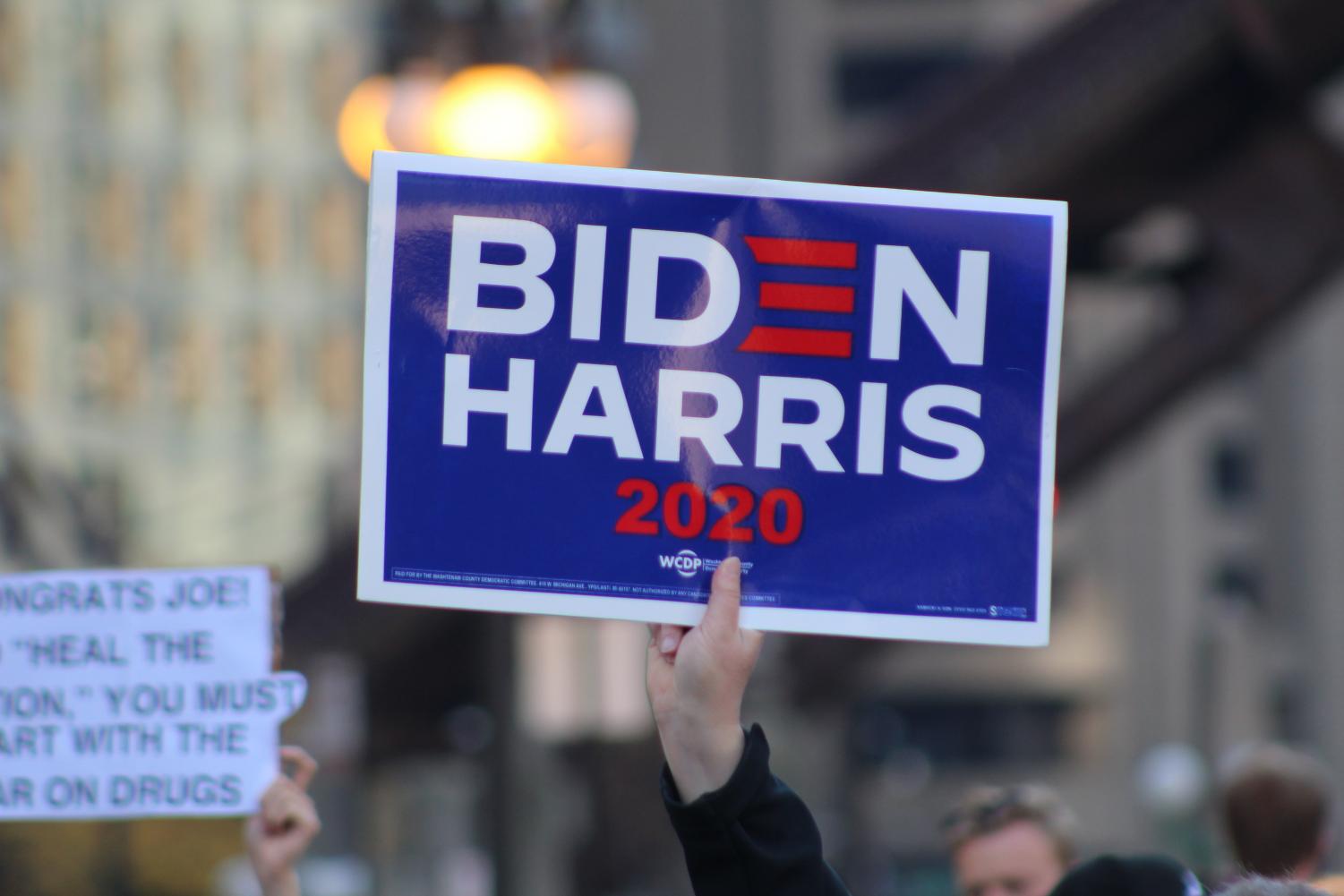 Yesterday at 10:24 a.m., CNN became the first major news network to call the 2020 Presidential race. It was the state of Pennsylvania and its 20 electoral votes that allowed CNN, succeeded by other major networks, and finally, at 10:40 a.m., Fox News, to call the race in Joe Biden’s favor.

Yesterday evening, Biden and vice president-elect Kamala Harris addressed a crowd in Wilmington, Delaware. Yesterday’s win was a historical one, as the Biden-Harris presidential ticket is the first in United States history to include a woman.

Harris is the first African-American woman and the first South Asian-American to be elected vice president. In her victory speech, she focused largely on the values of democracy, the healing promises of Biden’s presidency, and the historical impact of her win.

“While I may be the first woman in this office, I will not be the last. Because every little girl watching tonight sees that this is a country of possibilities,” Harris said.

Biden spoke following Harris, celebrating the success of his campaign. With 75.2 million votes, the Biden-Harris campaign has won more than any presidential ticket in American history. The speech conveyed clear themes of unity, as he acknowledged that struggles and division are to come, but that he will ultimately “govern as an American.”

“Let us be the nation that we know we can be. A nation united, a nation strengthened, a nation healed. Spread the faith. God love you all. May God bless America and may God protect our troops,” Biden said.

As the Biden team prepares to transition into the White House, Trump refuses to concede, claiming widespread voter fraud.

Since Election Day, the Trump campaign has filed at least five lawsuits in Pennsylvania, two in Nevada, two in Michigan, one in Georgia, and one in Arizona. A closer look at these lawsuits can be found here. As of now, it is unlikely that these suits will result in another term for Trump.

The race to 270 has come to an end, but the road to Inauguration Day is sure to be a bumpy one. Check back with us at dgnomega.org or on our Instagram page for continued updates.