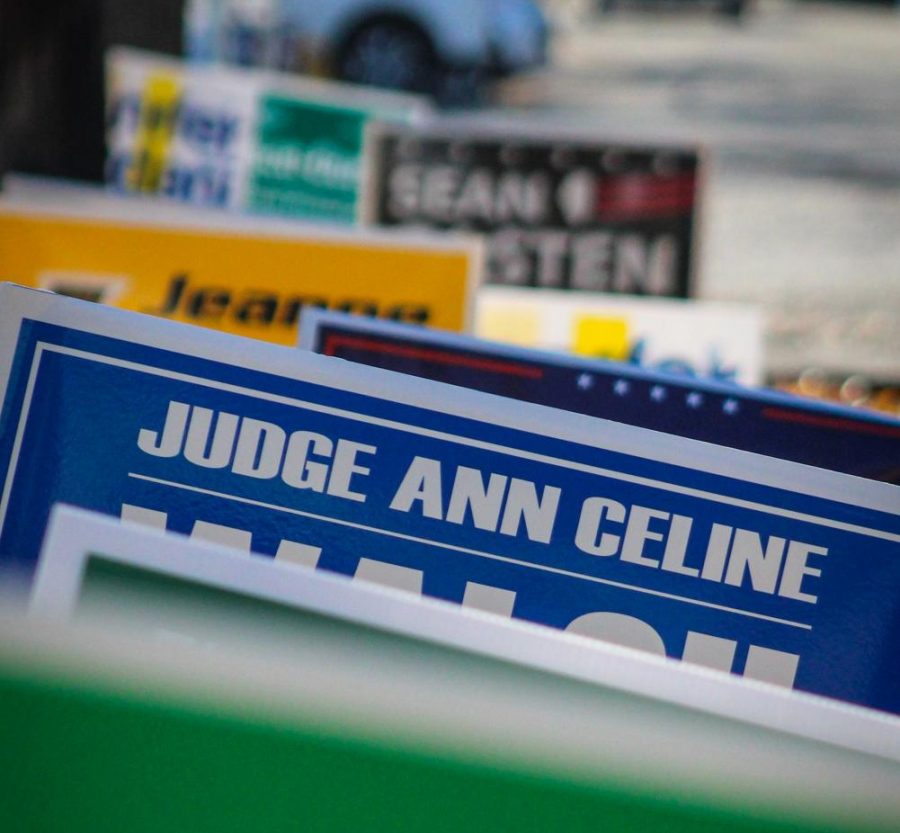 As Americans are waiting for the results of the presidential election, there are officials that have already been elected in Illinois; statewide and locally. Here are the people that will be holding those offices and some of their main beliefs they campaigned.

United States Senator: Democrat Richard (Dick) Durbin has declared victory over Republican Mark Curran, claiming this seat in the Senate for a fifth term. Durbin is an active advocate for a fair immigration policy. In 2001, he introduced the Dream (Development, Relief, and Education for Alien Minors) Act to the Senate, which was created to allow temporary residency to immigrants who moved to the United States as minors for them to work and give time to establish permanent residency. Currently, Durbin has been active in shaping and defending the Affordable Care Act, as well as advocating for the increase in funding for Alzheimer’s cure research. His campaign also highlighted criminal justice reform, as he was the creator of the First Step Act, as well as Gun Reform and creating jobs.

Representative in Congress Sixth Congressional District: Downers Grove resident and scientist Sean Casten (D) has landed his second term in the House. His opponent was Republican Jeanne Ives. As a cosponsor of the George Floyd Justice in Policing Act, Casten is a racial justice and Black Lives Matter supporter. He fights for LGBTQ+ rights, introducing the Fair Calculations in Civil Damages Act, which was constructed to prevent sexual orientation, race, religion, and gender from determining how much a victim is awarded in damages by the court. Casten has also been a part of the Climate Action Now Act, Promoting Grid Storage Act, and the Climate Risk Disclosure Act, all having to do with fixing the climate and promoting clean energy.

Representative in Congress Eleventh Congressional District: Racing against GOP member Rick Laib, Democrat Bill Foster remains the Representative of the Eleventh District, as he has been since 2012. Educationally, Foster wants to make college more affordable and to have federal support on free online textbooks through Open-Source Textbooks. He voted in favor of the Affordable Care Act and Elijah E. Cummings Lower Drug Costs Now Act, as he is in favor of lowering the cost of medical care. Foster concludes that if more funding goes into medical research, then eventually medical expenses will decrease. Other issues that Foster wants to address are gun reform, creating jobs, and the climate crisis.

State’s Attorney: Republican Bob Berlin, who ran unopposed, remains as the DuPage County State’s Attorney. He was sworn into this position in 2010 and was re-elected in 2012 and 2016. He enforces child support and wants to ensure, “no parent or child is left behind.” In regards to the opioid crisis, Berlin separates those who are dealing with addiction from those who are dealing by utilizing a Drug Court. This court has preceded 800 addicts into a program that gives them an opportunity to get help with treatment and job opportunities. Other priorities Berlin area school safety, reducing the rate at which people re-offend, and reducing violent crime.

Clerk of the Circuit Court: Democrat Candice Adams defeated past Circuit Court Clerk and Republican Chris Kachiroubas, who has been Clerk since 2004. Adams works at Ankin Law Office LLC. As Clerk, she plans on updating the Clerk’s office systems, finding a way to make access to online information easier, and teaching the community about the information that they have access to.

County Auditor: In a race against Democrat Bill White, Downers Grove resident and Republican Bob Grogan continues as the County Auditor, as he has been since 2008. Grogan is a Certified Fraud Examiner, the president of the Illinois County Auditors Association, and a member of the Illinois CPA (Certified Public Accountants) Association. Grogan’s findings have helped the State’s Attorney in three convictions. His plan is to make sure the county government is running efficiently but affordably.

Coroner: GOP member Richard Jorgensen MD was re-elected as Coroner against Democrat Gregory Whalen. Jorgensen is a trauma and vascular surgeon, a licensed physician, and has overseen 45,200 death investigations in his last eight years of office. His objectives are to battle the opioid epidemic, prepare and plan for the COVID-19, train Coroner workers, and address the mental health crisis.

Recorder: Democrat Kathleen Carrier has taken the title of DuPage County Recorder. She ran against Republican candidate Babette Holder Youngberg. Carrier’s educational background consists of a bachelor’s degree in management from National-Louis University. She had stated that if she were to hold this position, that she would try to create and maintain well-liked customer service and be more transparent to the public with communication.

Member of the County Board District Two: Paula Deacon Garcia beat Sean Noonan for a county board position. This registered Democrat’s campaign addressed the issues of accountability, climate change, mental health stigmas, senior care, and job growth, as well as being a spokesperson for DuPage County.

Commissioner of the Forest Preserve District Two: Republican Karen Kelly fell short of Democrat Tina Tyson-Dunne in the race of Forest Preserve Commissioner of District Two. Tyson-Dunne volunteers at the DuPage County Preserve, is a Master Naturalist, and has a Nature Photography certificate through the Morton Arboretum. With this platform, she plans to focus on habitat preservation, educating on wildlife, fiscal responsibility, solar power, trail improvements, and climate change.

Judge of the Circuit Court Eighteenth Judicial Circuit (Filling Honorable George J. Bakalis’s vacancy): Peggy O’Connell (D) has been chosen to fill Honorable George J. Bakalis’s vacancy over James McCluskey (R). She has served as the Senior Assistant Attorney General at the Illinois Attorney General’s Office, for six years she worked at the DuPage County State’s Attorney’s Office and has been a private attorney. She is the first directly elected female attorney to serve as a Circuit Court Judge. She claims that she will look at things thoroughly and with an open mind.

Judge of the Circuit Court Eighteenth Judicial Circuit (Filling Honorable Patrick J. O’Shea’s vacancy): Filling Honorable O’Shea’s vacancy is Democrat Azam Nizamuddin. Nizamuddin’s opponent was Richard Felice of the GOP. He has 20 years of legal experience, was a Law Clerk for two Circuit Court Judges, and managed his own law firm. As a judge, he has plans to be impartial and equal in all cases.

Judge of the Circuit Court Eighteenth Judicial Circuit (Filling Honorable Ronald D. Sutter’s vacancy): Republican and Downers Grove resident Anne Celine Walsh is to fill Honorable Sutter’s vacancy. She ran against Democrat Jill Otte. The Illinois Supreme Court appointed Walsh as a Circuit Judge unanimously in 2019. Since 2014, she has experience in hearing both civil and criminal cases, and serving in the Domestic Violence Courtroom. Currently, she is in the Criminal Felony Division and is the Presiding Judge of the Specialty and Juvenile Courts Division. Walsh is avid about giving back to the DuPage community.

Judge of the Circuit Court Eighteenth Judicial Circuit (Filling Honorable Robert J. Anderson’s vacancy): Monique O’Toole (R) was initially appointed after Honorable Robert J. Anderson’s retirement, and has been selected to continue in this position. Previous to her appointment, she worked in the Child Support Enforcement Unit as Assistant State’s Attorney and at a private practice, among other experiences. She finds her work with helping DuPage families through legal work will help her with her work as a Circuit Court Judge.