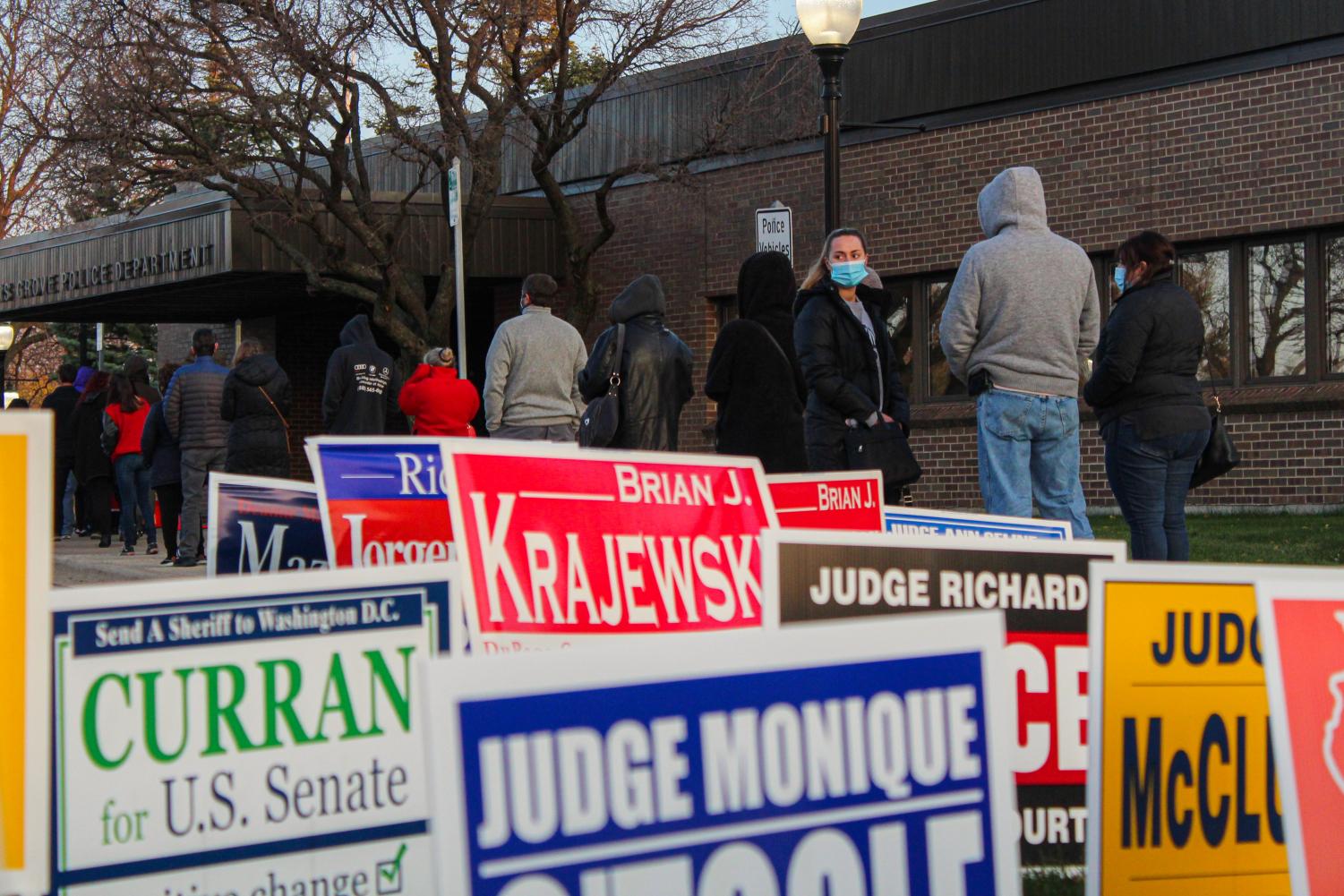 Making your voice heard: As ballots are counted throughout the nation, a number of swing states remain up for grabs. (Photo by Olivia Shirk)

Making your voice heard: As ballots are counted throughout the nation, a number of swing states remain up for grabs.

As the Nov. 3 presidential election draws to a close, a number of swing states remain up for grabs in tight races across the country, meaning it could be days before all votes are counted and a winner is announced. The delay in vote counting was somewhat expected this year as almost 100 million Americans voted early; either through mail-in ballots, ballot drop boxes, or in-person early voting.

This unprecedented number of early votes is record-breaking and accounts for almost 75 percent of the total votes cast in the 2016 presidential election, indicating that 2020 may have one of the largest voter turnouts in decades once all votes are counted.

While each news outlet has made their own predictions and all states continue to count votes, the general consensus is that Wisconsin, North Carolina, Georgia, Pennsylvania, Michigan, Nevada, and Arizona are the states to watch in the coming days.

With about 75 percent of votes counted in key swing state Pennsylvania, Trump leads by around 12 percentage points and as of now, it looks probable that Trump could take the 20 electoral votes from the state.

Michigan, Nevada, and Arizona all have around 85 percent of their votes counted. In Michigan, another key swing state this year, Trump leads by less than one percentage point. Arizona looks to be more clear cut, with Biden up five percentage points. Biden also holds a small lead of about one percentage point in Nevada, a state that is not set to update its results until Thursday.

While not much is certain in this election, what we do know is that it could take days for every vote to be counted. Even if a state looks to lean towards a particular candidate as of now, the large volume of absentee ballots means that either candidate has the ability to pull ahead as those votes are counted. We’ll continue to update you on election results daily until someone wins the race to 270.