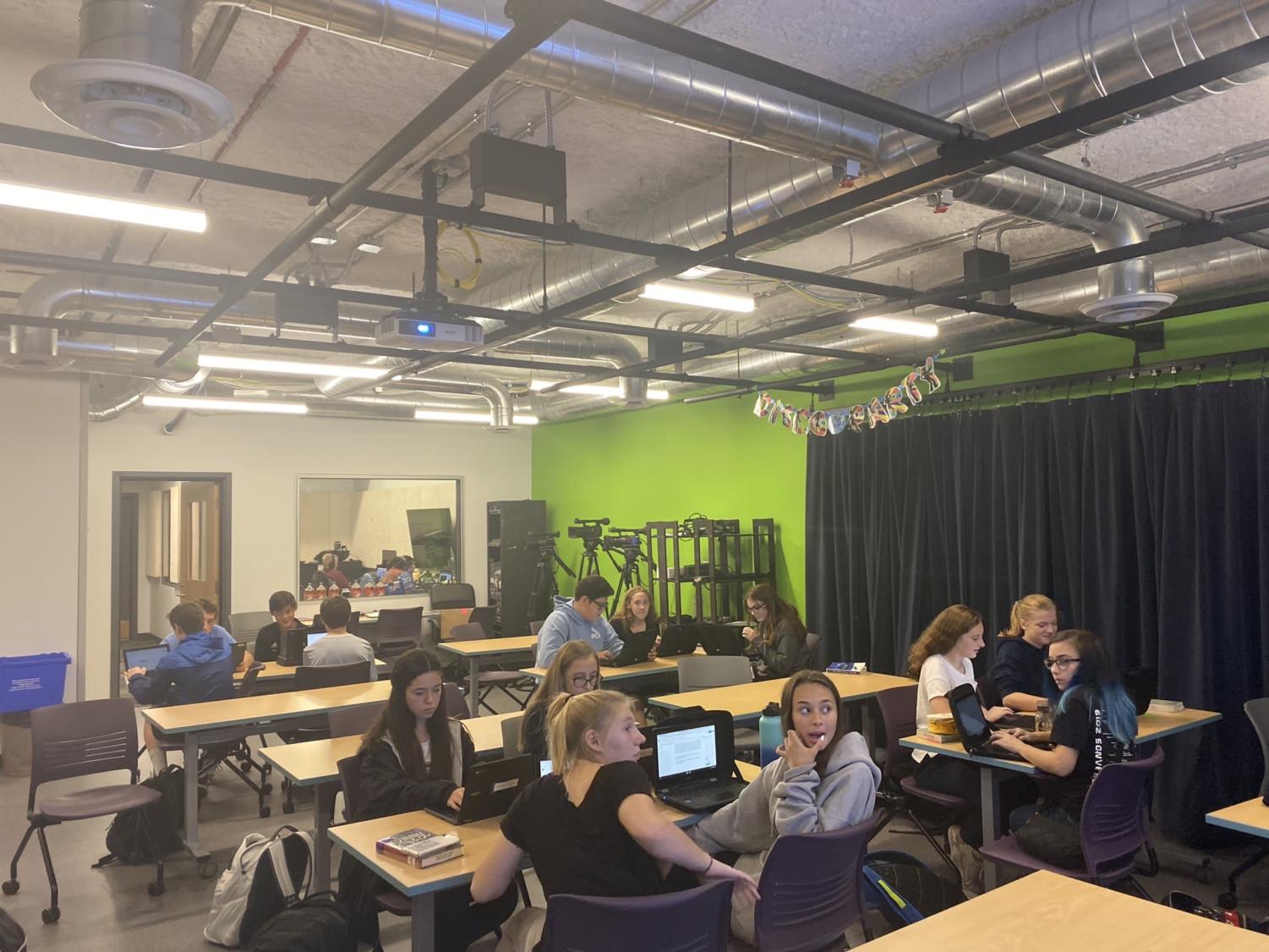 SELF-GUIDED STUDYING: Students of Christopher Bronke use time in class to assess and work with others. (Twitter @MrBronke)

SELF-GUIDED STUDYING: Students of Christopher Bronke use time in class to assess and work with others.

Back again: self-guided classroom sets precedent for the future

Last school year, Christopher Bronke, a DGN English chairperson led a self-guided classroom in hopes of gaining ideas for the future. He chose to continue it this year to help “empower students to own their learning.”

At the beginning of the semester, students received the needed materials to eventually master each of the learning targets. But instead of being guided completely by a teacher, the goal is to teach students time management skills.

“We realized there was a gap in students having practice at and experiences with project managing. When I think about my own job, there’s no one telling me each day what I need to do. I’ve got deadlines at some point,” Bronke said.

Because each student leads a different life and has different preferences, a self-guided classroom offers the student the ability to shape the class around their life. Kyle Kucera, a past student of Bronke, appreciated the way this class worked.

“A normal day for me was to diligently work for most of the day. I am the type of student who does not want to have homework or have to worry about things later. I decided to try and work as hard as I could so I could have more free time during English class later in the semester,” Kucera said.

Self-guided learning has very little to do with the teacher, so everyday class in Bronke’s course looks very different a typical class offers .

“Once we launched, I basically don’t teach a full class lesson ever again. All of my teaching is through three main functions. Individual conferences, small group instruction, and through feedback on their writing,” Bronke said.

According to Bronke, the students before and after the switch still learn the same amount and obtain the knowledge that is needed for future years.

Bronke recognizes that many students resort to procrastination and he believes that this type of learning will teach students other ways of working. But, there are many students who believe the complete opposite.

“I don’t think it would combat procrastination. I would wait until the last minute, and it wouldn’t be my best work,” junior Olivia Shirk said.

Bronke choose this type of learning for his freshman Honors English class and physics teacher Micheal Szymanski and Joshua Bodenheimer see it working for their courses too.

“If students were to focus on the rules on their own and then come to class with questions, more in depth discussions would take place and more time could be used to answer student’s questions about the topic instead of just telling students about the topic,” Szymanski said.

Bodenheimer understands the worth and detriments of self-guided learning, but attempts to work  parts of it into his class.

“As a foreign language teacher, I think this would be fabulous by basically telling students where their proficiency lies,” Bodenheimer said. “I could see this becoming very messy. But, in an ideal world, yes. I think we should be moving towards this.”

Though only one classroom so far has taken the initiative to change to a self-guided classroom, Bronke hopes that the district will move forward with plans to introduce self-guided learning in more schools and classes.

“As a teacher who has tried some of this stuff and as a leader in the district, I hope we have more teachers willing to try things as innovative as this,” Bronke said.