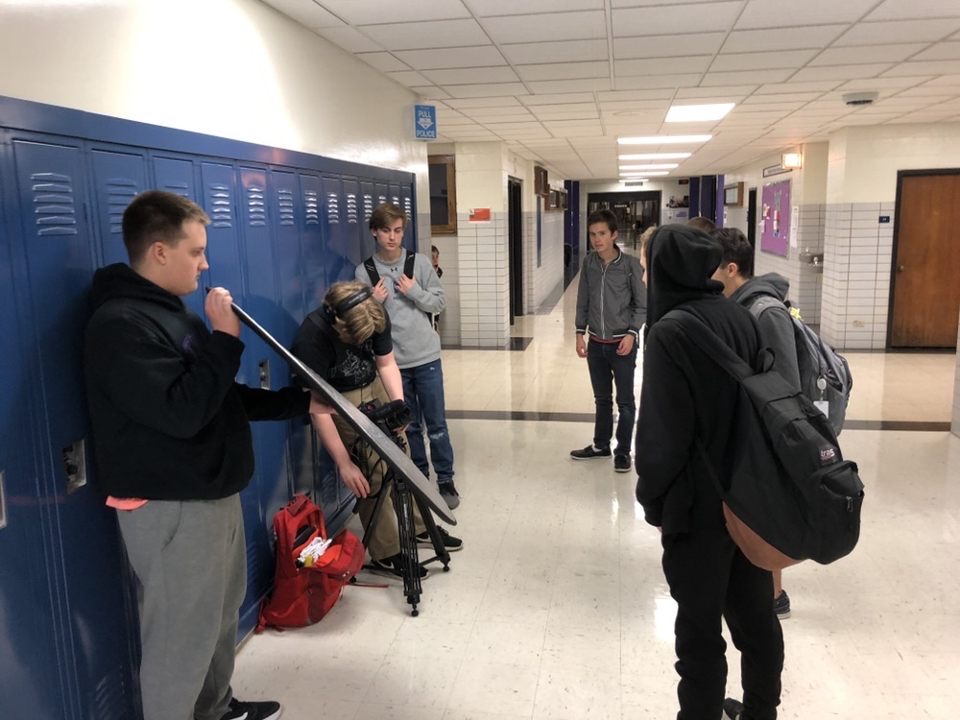 RECORDING: TV Club sets up for a film project pre-pandemic.

Amidst the English department lies not only books and red pens but also a fair share of camera equipment and microphones. This year, changes will be seen not only in essay writing and class discussions but also within DGN’s source of video and audio entertainment: TV and radio classes.

One of the biggest obstacles for said classes thus far has been the inability to access the radio and TV studios, as well as all of the equipment associated with them. This means students cannot use the radio board or the TV cameras, microphones, or lights, taking away vital areas from the courses that normally would take up one third of the curriculum.

To compensate for lost material, an online program called WeVideo that includes editing capabilities for audio and video is being utilized by students to work on the production aspects of classwork.

Despite the challenges with lack of equipment and changes in structure, TV 1 and 2, and Radio 1, 2, and 3 teacher John Waite remains optimistic about how his classes have been going.

“I am surprised by how well we have all adapted,” Waite said. “Of course, there are still things to learn about how to make it more effective and more efficient, but I am happy with how things are going so far.”

Out of the classroom, students involved in clubs have also seen major turnarounds. Senior Gabby Devitt is apart of TV Club, involving writing, filming, and editing, and is unsure of how things will look this year. Though things may be different, she says a plan is being made that will be the best for everyone, despite unusual circumstances.

“Everything is mainly led by our teachers: Mr. John Waite, Mr. Tom Lotarski, and Mr. Christian Acuna,” Devitt said. “We also have a few student leaders which mainly falls to the seniors of the group, primarily myself and Nolen Stevens. In the past, we have made short films to submit to MMEA, a student film festival done around the Chicago area.”