Raise your hand and take a chance 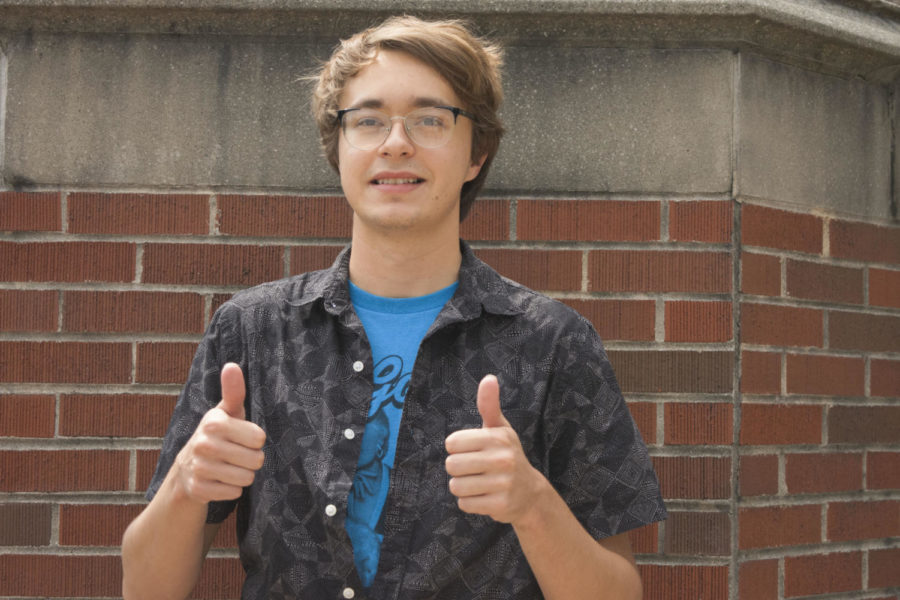 I was never supposed to do journalism.

The spring of my sophomore year, I was sitting in my computer art class when my teacher asked for volunteers for the IHSA journalism competition in infographic design. I wish I could tell you why, but I raised my hand. That was the moment that changed my life.

My interest in journalism was practically non-existent. I had read a few hallway-chatters, but that was the extent of my Omega involvement at the time. Suddenly, I was on the team for the sectional round of the competition. Through some miracle, I placed second in sectionals and moved onto state.

I didn’t place at state, but that’s not what’s important. What’s important was competing at the state competition allowed me to meet the wonderful staff of The Omega, who convinced me to join the paper for my junior year (needless to say, they succeeded).

I’m sure you’ve all heard of the butterfly effect. It’s practically a sci-fi cliche at this point, where a character goes back in time and accidentally kills a butterfly, changing the course of human history. Now, my butterfly may not be impactful on as drastic a scale, but it’s certainly impactful on a personal level.

Had I not raised my hand that fateful day in computer art, I never would have joined the Omega. All the amazing experiences I’ve had resulting from my time on The Omega never would have happened. I never would have traveled to Washington D.C, or skipped school to present at a journalism conference, or have found my passion in life. It’s so strange what could have been, and I’m so happy that what has happened, happened.

So I urge you all to raise your hands, sail away from the safe harbor. If you go through life sticking to things you know for certain you’ll be good at, you will be totally hosed. It took me many, many tires to find something I was truly good at. All throughout middle school I played countless sports, and I never became more than a benchwarmer. I auditioned for countless theatrical productions, never getting more than a supporting role. Those experiences have been helpful and valuable in their own right, but I never excelled in those fields the same way I did in journalism, and I never would have known had I not raised my hand.

Take a chance on something that you have no idea what will come from. Pay attention in a class where you typically doze off, or try out for a sport you’ve never heard of. The absolute worst that can come from it is having a new experience. But who knows, maybe you’ll stumble into your own newfound passion.