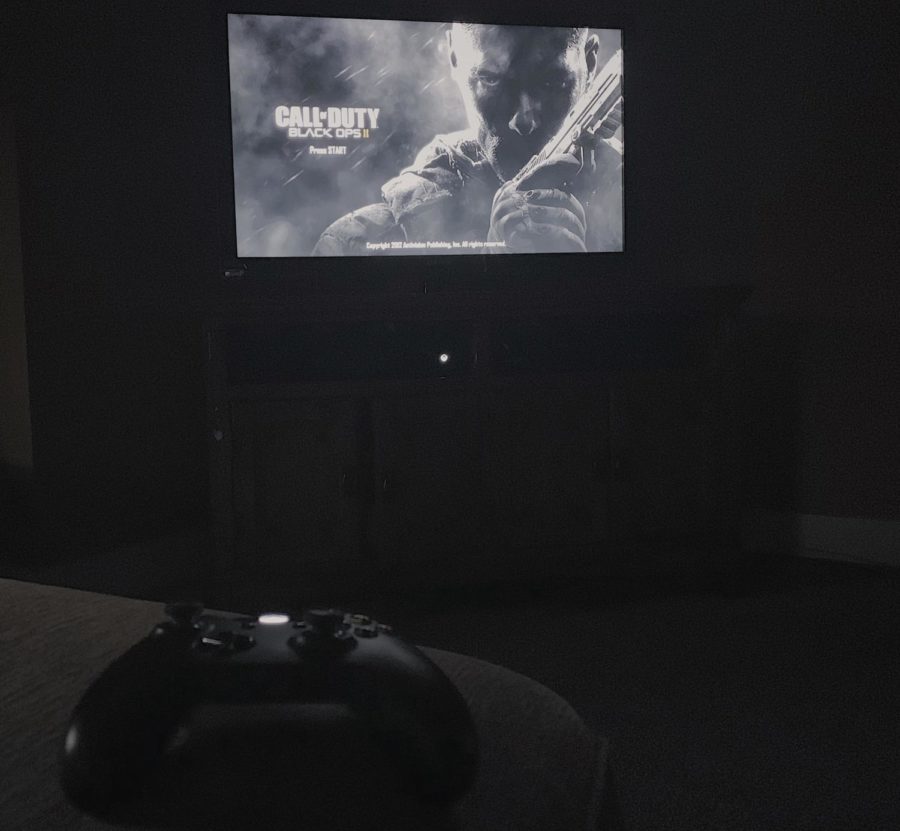 NOT SO VIOLENT: Call of Duty: Black Ops II, a well-known first person shooter game, is an example of a game wrongly thought to be a promotion of violence.

Gun violence is a pressing issue in the US, with mass shooting statistics constantly increasing. Debates continually rage regarding what exactly the issue is to be resolved, but there is one thing I hope we can all be sure about: video games are not the problem.

Video games have been wrongly blamed for gun violence by politicians on countless occasions, from Columbine in 1999 to Marjory Stoneman Douglas in 2018.

Most recently, in a press conference shortly following the murder of at least 31 people across two mass shootings in Texas and Ohio on Aug. 3 and 4, respectively, President Trump partially blamed video games for the gun violence.

“We must stop the glorification of violence in our society—this includes the gruesome and grizzly video games that are now commonplace,” Trump said.

If video games truly did “glorify violence,” then countries like Japan and South Korea, both of which have gaming industries comparable to that of the United States, would therefore be considered some of the most dangerous countries in the world.

However, as of 2017 according to National Public Radio, Japan and South Korea have 0.04 and 0.05 annual gun deaths per 100,000 people, respectively. The US sits at 4.43—about 49 times more than each of the two aforementioned countries combined.

Research completed over the past several decades shows that video games do not correlate to violence, meaning that there are far more important issues to resolve than that of eliminating exposure to violent, yet fictional, simulations.

In a 2016 study from The Center for European Economic Research, a somewhat weak correlation was occasionally found between violent video game usage and violent behavior. However, this behavior is only present in the mind of the player for a few minutes after playing the game, and has no correlation to long-term violent action.

There is also a phenomenon called the incapacitation effect whereby those who may actually have violent tendencies tend to use video games to let out their anger in the form of a simulation rather than in real life.

The study concluded that in virtually every scenario, “the incapacitation effect dominates the behavioral effect such that, overall, violent video games lead to decreases in violent crime.”

Plenty of mass shooters have said they play violent video games, but correlation does not always equal causation: according to the PEW Research Center, about 70 percent of males under age 30 play video games. So, attempting to argue that violent games lead to mass shootings is pretty ridiculous.

Consider this: you’re playing Call of Duty, and you shoot your opponent twice in the head, yet when he shoots you once in the arm, you’re the one who dies. You’re going to be mad, right? Probably sneer, swear a few times, maybe even go throw the controller against the wall (immediately regretting it, I’m sure). But this temporary anger and exposure to simulated violent circumstances in no way would be a direct cause for you going out and committing mass murder in real life.

Clearly, video games are not the problem. It’s time to stop making preposterous excuses for the constant massacre of innocent people and start trying to resolve the actual contributing factors.

This country should not have to have its minorities afraid to step into their local Walmart, or Muslims hesitating to enter mosques to worship, or high school students having to mentally locate their nearest exits at the beginning of every period in case of a shooting.

A critical part of solving this issue is compromise. It’s no secret that this country is bitterly polarized politically, but when innocent American lives are put on the line every single day, it has become crucial that we all, regular people and politicians alike, put aside our petty differences and figure out how to keep everyone as safe as possible.