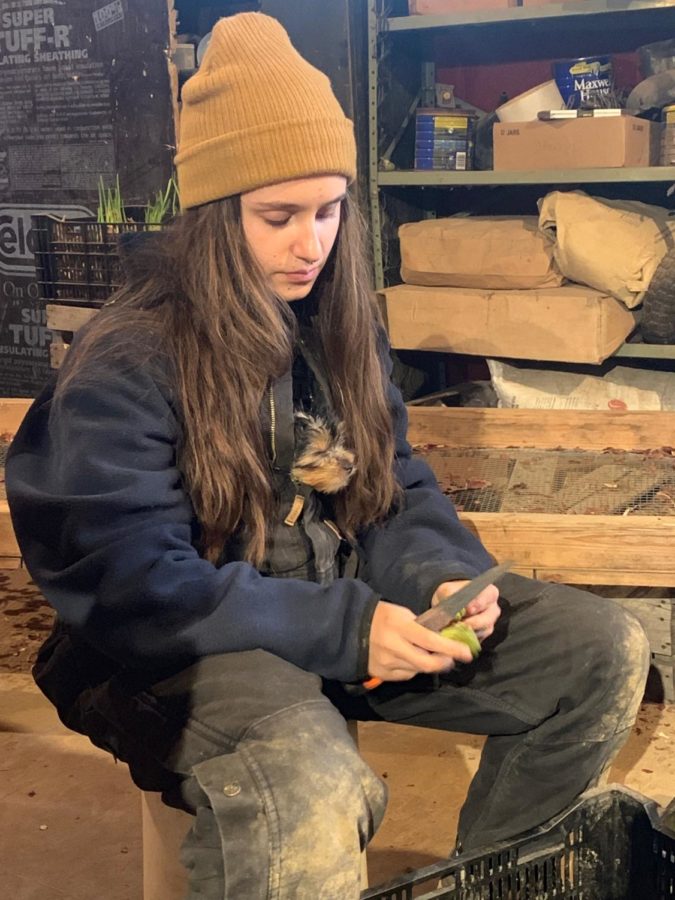 This school year, 13 seniors chose to depart from high school ahead of their class as early graduates. Although a discouraged decision by District 99, students who have fulfilled their graduation requirements can, along with their parents, ultimately decide to leave.

According to the 2018-2019 Academic Planning Guide, “each student is encouraged to think carefully about both immediate and long-term goals when contemplating an early graduation request.”

There are variating circumstances as to why a student may want to leave school before the rest of their class.

Early graduate Ben Bollinger was originally planning on attending a college in Germany, but after changing his mind and deciding to stay in the country, remained on track with his early graduation.

“I chose to continue with the early graduation so I’d have more time to focus on work and other things in my life,” Bollinger said.

“Sitting in a desk all day in a really loud environment was extremely overwhelming,” Mathy said. “The anxiety [projects and tests] caused me in comparison to bigger issues in my life seemed unnecessary and that’s what ultimately made me want to leave school early.”

Life beyond high school can look very different for each individual early graduate. Bollinger is using the extra time to work and get a head start on college courses.

“I have two jobs, one as a pretzel maker and another as a software developer/instructor, so that’s taken up a lot of my time. I will also be attending COD for the next 6 months where I’ll be taking exclusively computer science and math classes,” Bollinger said.

Mathy, on the other hand, has taken a completely different route with her post-high school plan. She wants to use her time to create art and build her portfolio, in addition to currently working a full-time job on Tantré Organic Farm in Chelsea, Michigan.

“At this time in my life I do not feel like college would be a good fit for me, but it doesn’t mean I won’t take classes in the future,” Mathy said.

Not everyone was supportive and understanding regarding Mathy’s decision to graduate early, and she even received some criticism.

“I had some teachers say that I was being stupid, another said I could do more with my life. You really have to look past those judgements…don’t let other people’s negative opinions get in the way,” Mathy said.

“It hasn’t really been too difficult, I’m still living in the area so I can still hang out with my friends and do stuff I normally would if I were still attending North,” Bollinger said.

Mathy feels like her early graduation has released her of the pressures that she felt in school, and actually encouraged her to make healthier decisions socially.

“Being out of high school has been incredible. I wake up early for work, and honestly the first thing I think about is how I’m relieved that I don’t have to go to high school anymore,” Mathy said.

Despite all the benefits, Bollinger acknowledges there can be some negatives to graduating early as well.

“You miss out on the second half of senior year, which I’ve heard maybe is worth sticking around for, but it depends on the kind of person you are,” Bollinger said.

Mathy and Bollinger both agree that students who make this decision should take advantage of their extra time and use it wisely.

“Don’t just graduate early for the sake of leaving school earlier, make sure you have a plan and that you aren’t just sitting around the house doing nothing all day,” Bollinger said.

Ultimately, Mathy believes that the most important factor when considering an early graduation is for student’s to know themselves.

“At the end of the day- you’re going to have to live with yourself,” Mathy said, “so you might as well do what you see best for you.”