Artist of the Month: Holloway Peters 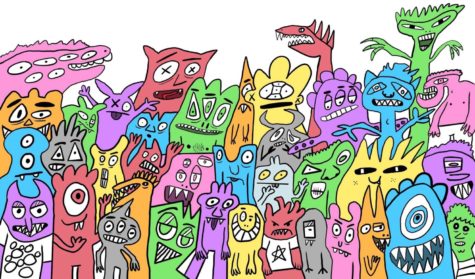 Senior Holloway Peters began doing art at the start of high school. Since then, he has gotten numerous pieces in the Mosaic art show, including 7 pieces just his year. Peters hopes he can become a freelance illustrator or comic artist in the future.

“I would love to start making either online or physical comics,” Peters said.

Peters doesn’t just want to keep drawing after high school, he wants to make a career of it.

“I want to draw my own comics or be a freelance illustrator,” Peters said.

Unlike others who are deterred from doing professional art, Peters doesn’t move away from his passion even if the path may be hard.

“I’m very thankful that my parents have been super supportive of my art so far, and I’m excited to pursue it further.” Peters said.

Art is seen by some as something that takes a long time to get good at and that it is hard to have a career in. But with the support of his family, Peters still wants to pursue it.

In the age of the internet, jobs in art are more viable than ever. The internet can be a magnifying glass that can show your art to all sorts of people. If you advertise yourself on the internet you can get your name out to everyone from people who collect art, to video game developers and companies.

Peters doesn’t overthink technique. Rather, he lets the art come as he thinks of it and just sees what sticks. With 7 pieces in the Mosaic Art Show this year, his art clearly sticks out.

Drawing for Peters is something done mostly during his spare time or when an idea spontaneously comes. Rather than forcing development, he waits for it to come, making for a more laid back technique. Letting the pieces flow out as they come, Peters draws from his surroundings. 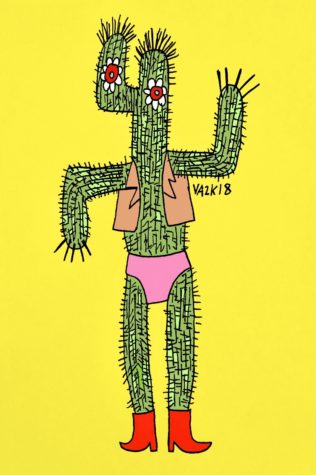 “Usually I just start doodling, and if I like how it turns I’ll keep developing it,” Peters said.

Peters’ advice for others interested in art is simply drawing as you think of things, and to keep looking for inspiration. 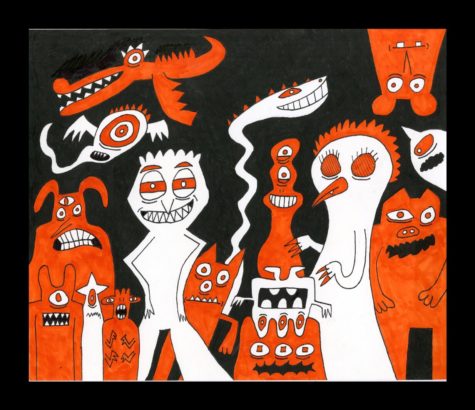 “Surround yourself with things that inspire you. Watch movies, read books, play video games, whatever your thing is,” Peters said. “Don’t stop trying to develop it and improve.”

With those two pieces of advice, Peters encourages anyone with a passion.

“The world deserves to see what you can create.”