From cars to the gridiron 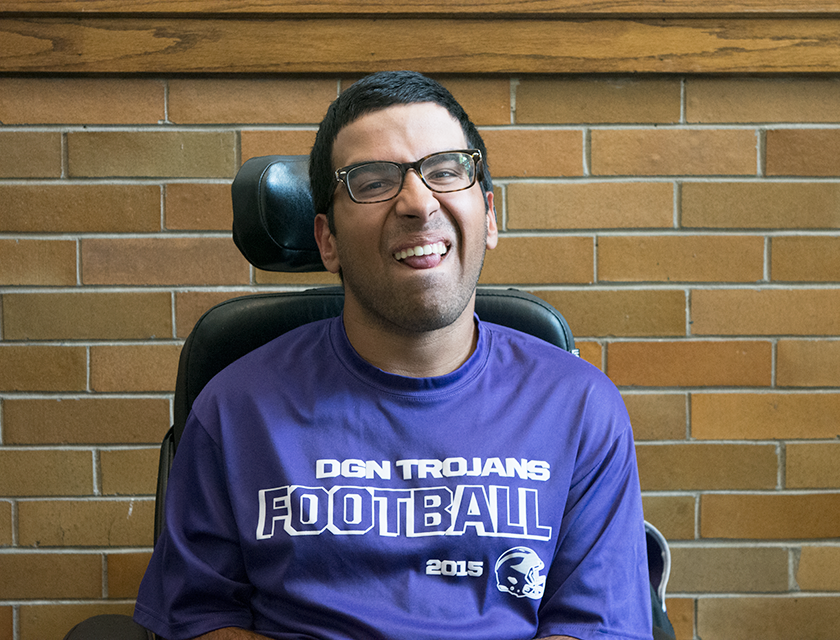 During my early years, cars were at the center of my life. Attending car shows and learning about cars was all I did, until a shift took place. After watching a Bears-Packers game in 2008, I knew that all I wanted to do was become a sports fan.

No one told me to become a fan, I just did. I wanted to learn more, and become a part of a team, even if I could not play. Hours upon hours of research of teams, statistics, games, announcers, and everything in-between took over my life.

With my disability, it has taken years for me to find my inner self. Sometimes, I get lost in knowing what I am capable of because of my condition’s limitations. With that said, though, I always remember where I came from, and who my biggest supporters were.

During freshman year, it took me half a year to adapt to high school life. Sports were an area that I wanted to pursue, but I just did not know how I could be part of a team.

Around this time, broadcasting was easily my number-one forte.  I took it upon myself to become the unofficial play-by-play announcer of the freshman A football team. Parents and community members loved hearing me call games, especially the ones who could not attend. The coaches took notice, and invited me to join them for pregame ceremonies as an honorary captain.

Even though football was my favorite sport to cover, I wanted to have a deeper role in the program. My desire to achieve this goal led me to taking initiative my junior year to take on a new position: social media.

Therefore, in order to make an impact, I had to reach out. Through conversations with coaches and collaborations about ideas, @DGNFBLive was created. Everything from behind-the-scenes access of practice, to in-game content, was there for anyone to see.

I also took upon a winter sport: basketball. I kept the same concept, but wanted to stay busy in the winter time. This position allowed me to perfect my craft, and strive to become better.

I am excited to take on new opportunities in college. Media will continue to grow, and my generation will be at the forefront of it. Oh, and cars are still cool, too.