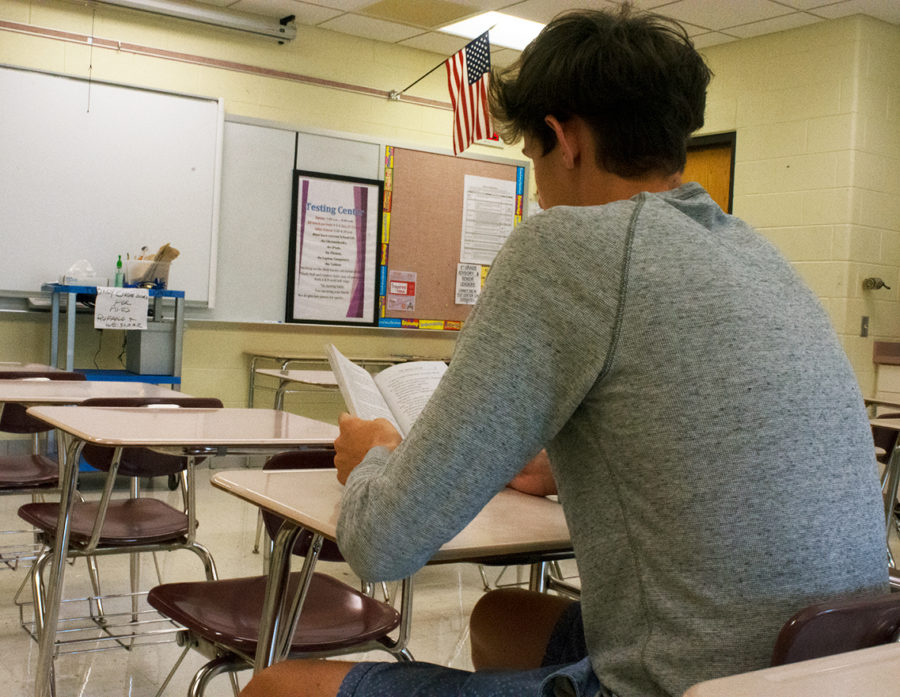 MAKE UP WORK: An unnamed student poses for a staged photograph in the testing center.

On Sept. 25, Associate Principal Kelly Zurner sent out a school-wide email stating that the Testing Center may close without much advance notice, due to “unforeseen staff shortages”.

The Testing Center, a place where students go to makeup missed tests, is a way for students to catch up after being absent. The email sent out by Zuerner states, “The Testing Center is open before school . . . but during the lunch periods and after school, it may close without much advance notice.”

In an email interview, Zuerner stated that ”the shortages have occurred from unplanned and unforeseen absences in our supervision area. We try our best if we have lead time to fill the vacancy of an absence so the center does not close but there are times when it is unavoidable due to extenuating circumstances”.

The Testing Center is typically supervised and monitored by student supervisors. Monitors are placed in the center to distribute tests and supervise to prevent cheating.

Zuerner said that in order to help prevent unforeseen closures from happening again, the school has “hired a supervisor sub to help who is familiar and knowledgeable in the protocols of the Testing Center.”
As of Oct. 10, the problem in the Testing Center has not been resolved.