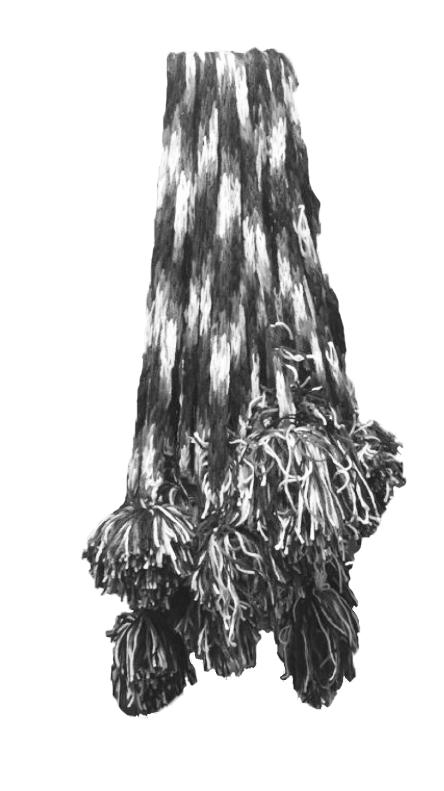 SNOWBALL GEAR: Participants tie threads to warm fuzzies after giving someone a compliment.

The 2016 fall Snowball initially had an unusually low enrollment rate with only about 70 participants to 35 leaders. After a big push from the leaders, they were able to receive a total of 150 applications by the end of the due date.

In recent years, Snowball has taken place later in November, but this year it occurred the first weekend of the month because of several conflicting factors. ”We have stipulations based on what the camp’s availability is,” Snowball sponsor Keith Bullock said. Along with planning around camp availability, the month of November is packed with events. Veteran’s Day and parent-teacher conferences is Nov. 10-12, DGS goes the following weekend, and Nov. 25-26 is Thanksgiving weekend. All of these conflicts left the weekend of Nov. 4-5 as the only option for the event.

“I think the event being so early did affect the numbers in the beginning because I think [it] caught people off guard,” Snowball director Emily Redpath said.

When the leaders heard about the low enrollment rate, they stepped up and encouraged their friends and peers to sign up for Snowball. “The last weekend before [the applications] were due the leaders went crazy promoting Snowball on social media.  People were posting on Twitter and Instagram,” Redpath said. “We have found in the past that people are more inclined to go if they hear it from one of their friends or classmates, so we really pushed the leaders to promote it, and they did an awesome job.”

Snowball directors and sponsors are also aware of the conflicts with sports and clubs that many students have. ”Last year our snowball fell on that weekend [of ILMEA], and so one of the things we determined with South is that we would work to make sure not one school has to have their Snowball fall on that conflicting weekend,” Bullock said. ”We try to do our best to minimize [conflicts].”

Bullock hopes that people who couldn’t attend one Snowball can attend the other. The Winter Snowball dates have been set for March 2-3.