Athlete of the month: Trygve Hansen 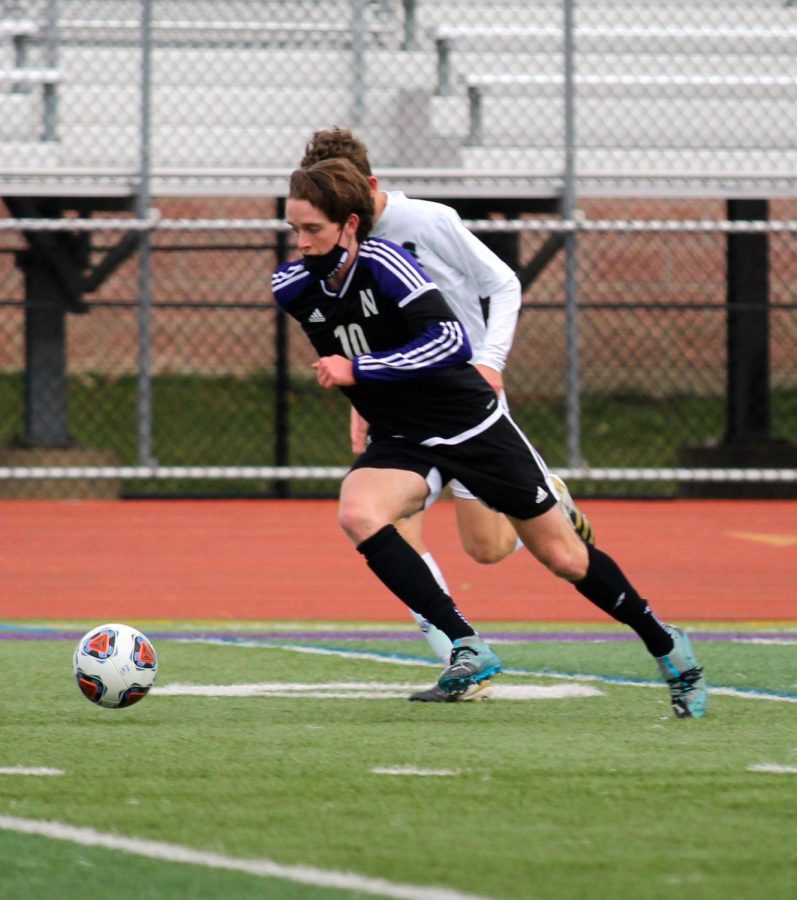 With COVID-19 putting a pause on their season for nearly two years, the boys soccer team was back in action this spring, and had a great month of April largely in part to Trygve Hansen and his goal scoring abilities.

When reading the box scores, Hansen’s stats jump off the page, but as for his pregame routine? Just as ordinary as everyone else’s.

“Listening to music and stretching a lot is usually how I prepare for a game. I want to make sure I’m relaxed,” Hansen said.

Hansen, who had 12 goals on the year, mentioned how the team chemistry and his relentless work ethic was the main part in winning the amount of games they did this year.

“Most of the team had been playing together for 5+ years so we all knew each other’s strengths and tried to play to them. I also try to kick around either by myself or with teammates everyday,” Hansen said.

Hansen knows that he can’t do it all though. Being the attacker that he is, Trygve understood how important defense was to the team.

“My team really helped me because they gave me the freedom to go forward and attack. Our defense gave me confidence to go forward as I knew if I would lose the ball, we would be able to win it right back. The trust between our defense and offense was beneficial to everybody on the team and played a key role in my success,” Hansen said.

Fortunately, he also knew how easy it was for the rest of the squad when he was playing well.

“When I was Playing well, I helped the team by making everybody else’s job easier. We know that if somebody on our team is having a good game, we need to get them the ball and run off of them,” Hansen said.

As for his future career in soccer, the pandemic has made it difficult for Trygve to find a college.

“With COVID and the NCAA dead period it was very hard to communicate with coaches so I am still unsure what I will do,” Hansen said.

Regardless of what happens next, Hansen’s dominance on the field was nothing short of remarkable in the month of April.