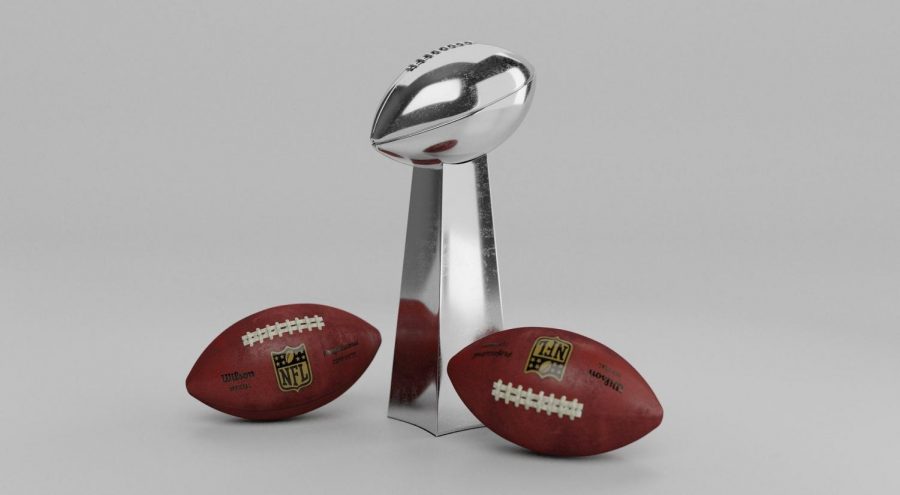 Image from QuinceCreative via Pixabay

The stage is set for the biggest night in all of sports: the Super Bowl. The 55th edition of the NFL’s championship game will feature the reigning champion Kansas City Chiefs and the Tom Brady-led Tampa Bay Buccaneers.

The main narrative entering the game revolves around the starting quarterbacks, Tom Brady and Patrick Mahomes. The greatest quarterback of all time versus the best quarterback in the world right now. Neither player is a stranger to the Super Bowl, Mahomes has made it in two out of his three years in the league. Brady was once the youngest QB to play in a Super Bowl, and this year he will break his own record of being the oldest. Sunday he is set to make his whopping tenth Super Bowl appearance in his 20 year career, yet another NFL record.

Every year the Super Bowl’s location is predetermined from years earlier. The Tampa Bay Buccaneers will become the first team in Super Bowl history to play the big game in their own stadium. The NFL is also allowing 22,000 fans to attend the game at the Raymond James stadium in Tampa, Florida, with 7,500 of them being local vaccinated healthcare workers.

Kansas City Chiefs:
The Kansas City Chiefs have been on a warpath this season. Their league-best record of 14-2 is marred only by losses to their division rival Las Vegas Raiders and Los Angeles Chargers. It’s safe to say they would have beaten LA had they not rested their stars to avoid injury before the playoffs. Speaking of star power, the Chiefs are loaded with it. Five Chiefs were selected to the 2020 AP All-Pro teams, more than almost any other team, only behind the Packers who had six. Kansas City’s offense features not one but two players widely regarded as the best at their position in tight end Travis Kelce and quarterback Patrick Mahomes, the reigning Super Bowl MVP. On top of that, 5x Pro Bowl receiver Tyreek Hill remains one of the league’s premier deep threats, and rookie running back Clyde Edwards-Helaire has been a great addition. On the defensive side, safety Tryann Mathieu and defensive tackle Chris Jones received All-Pro nods as well.

The Chiefs have made it look easy against some of the league’s best this year. Six of their 16 wins were against playoff teams, including a November 29  win over the Buccaneers. In that game, Mahomes threw the ball 49 times and did not record a single interception. All three touchdowns he threw were caught by Tyreek Hill, who recorded 13 catches for 269 yards and three touchdowns in one of the best receiver performances in recent memory. Kansas City jumped out to an early 17-0 lead in the first quarter, but only ended up winning 27-24. The easiest path to a repeat victory will be gaining and maintaining an early lead, and capitalizing on turnovers from Brady and the Bucs offense.

Tampa Bay Buccaneers:
Following the 2019 season, virtually nobody would have predicted the Bucs would be in the Super Bowl this year. Tampa had just come off of a disappointing 7-9 season where they finished third in their division. They had an extremely talented roster on both sides of the ball, but it was ultimately wasted by turnovers and poor quarterback play. To avoid a repeat of that underwhelming year, Tampa Bay needed a change, and quickly.

That change came in the form of Tom Brady, who left his longtime team, the New England Patriots, to sign a two-year contract with Tampa. The 43 year old legendary quarterback was just the spark the Buccaneers needed. Along with his veteran leadership and culture, Brady’s presence attracted other players hungry for a championship. Among these players were tight end Rob Gronkowski, Brady’s longtime friend and teammate, and former All-Pro receiver Antonio Brown. These two new additions joined current receivers Mike Evans and Chris Godwin and immediately became the best receiving group in the NFL. Combine them with Brady, a top ten offensive line, and two solid running backs in Ronald Jones and Leonard Fournette, and Tampa forms one of the NFL’s most intimidating offenses.

Though their offense is electric, Tampa would not have made it this far without their defense. The unit is full of defensive playmakers, especially up front. The Buccaneers have arguably the best linebacking corps in the NFL. Devin White, Jason Pierre-Paul, Lavonte David, and Shaquil Barrett are all amazing players. In the NFC Championship game, the unit recorded 5 sacks against an offensive line only allowing 1.4 per game. Defensive linemen Vita Vea and Ndamukong Suh helped contribute to the Bucs recording 48 sacks this year, the 4th most among all teams in 2020. If fully healthy, there aren’t many other defenses I’d trust more to pressure a quarterback and disrupt an offense.

Tampa currently holds a seven game win streak, including three away playoff victories. If Brady and the Bucs play a clean, turnover-free game and get after Patrick Mahomes, they have a legitimate shot at dethroning the defending champs.

Both quarterbacks are hungry for a win here.  Brady wants to prove he can succeed outside of his old coach and team in New England as he seeks his seventh Super Bowl victory, which would be more than any franchise. As Mahomes continues to prove himself through his already-impressive career, he aims to become the first QB age 25 or under to win two Super Bowls. History will be made regardless of who wins, all that’s left to do is sit back and watch it unfold.

60% of the Omega staff has the Chiefs taking home the trophy, while 40% favor the Bucs to win.