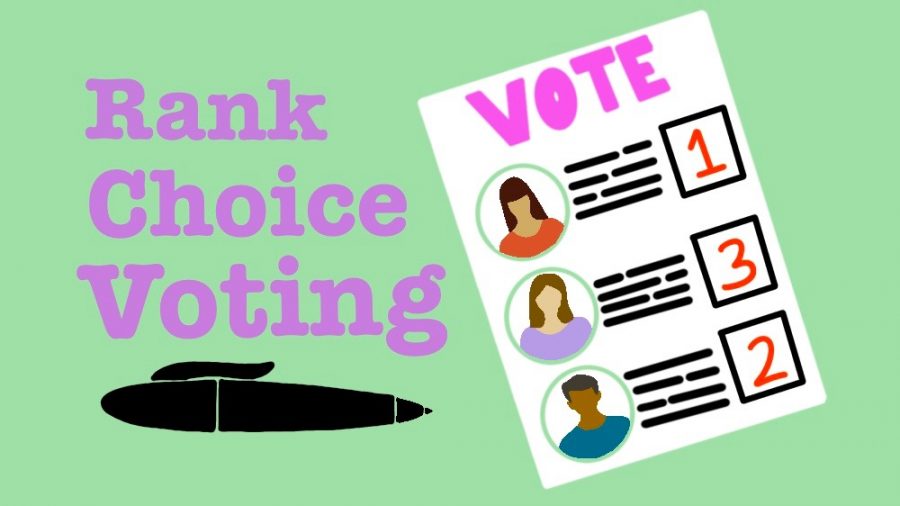 We’ve made it. The 2020 election season is finally drawing to a close as the vast majority of local, state and federal elections have had a winner declared or confirmed. We heard throughout election night and the days after how the 2020 presidential race was a historically close one. This kind of statement has allowed millions of Americans regardless of political affiliation to call foul play of some sort in the form of voter fraud, mishandling or destruction of ballots, etc. A possible way to avoid this turmoil in future elections has been proposed for years now; a ranked-choice voting system.

Though the term ranked-choice voting is pretty self-explanatory, most Americans aren’t familiar with the concept. Similar to the ballot format of years past, all major candidates vying for a certain position will be listed near each other. Instead of filling in the corresponding bubble of the sole candidate you wish to vote for, you would rank each of them in order of whoever is your first, second and third choice to win. In each state, if one candidate receives the majority of all first-place ballots, they earn the state’s electoral votes, however many that might be. That doesn’t seem all that different from the current system, the ranked ballots only really factor in if no one accumulates over 50 percent of the vote. In this case, the candidate who records the fewest amount of first-place votes is eliminated, and each of those ballots would instead count for whichever candidate was listed as the second choice. For example, if someone had listed their first choice this year as Kanye West, who only received around 60,000 votes nationwide, and they listed their second choice candidate as Joe Biden, their ballot would count Biden. This process of eliminating candidates and reallocating ballots based on second and third choices continues until someone has the majority of a state’s votes.

Switching to a ranked-choice voting system can only benefit the nation. Americans could confidently vote for a third party or independent candidate knowing that even if they don’t win, their vote will not be wasted. The very notion of one of these candidates winning has been preposterously improbable for decades now but becomes a very realistic scenario with this system.

The entire outcome of previous elections could have been completely different had ranked-choice voting existed. Take Georgia this year for example. Anyone who followed the presidential election knows that Georgia is one of the most crucial swing states this year, and over one full week after Election Day, it has still not yet been called by the Associated Press despite reporting 99 percent of ballots as counted. It is estimated that both Democratic challenger Joe Biden and Republican president Donald Trump have recorded just over 2.4 million votes, with the difference between the two totals being about 15,000 votes. Most major media outlets have projected the state to go to Biden, and it seems reasonable that he maintains a 15,000 vote lead with only one percent yet to be counted. This crushing loss for Trump could easily have gone in his favor had ranked-choice voting been implemented. Jo Jorgenson of the Libertarian Party received the highest turnout in Georgia of any third-party candidate, accumulating 62,000 votes. It is extremely likely that the vast majority of those voters would have voted for Trump had they been allowed a second-choice candidate, as Republican views align more with Libertarians than the Democratic Party does. This means that most of Jorgenson’s ballots would be reallocated to Donald Trump, and would have surely been more than enough to secure Georgia’s 16 electoral votes. Situations such as this one suggest that previous election results may not have demonstrated the true desires of the American people.

Having Americans provide their top three choices in order ensures that the results of an election will be the most accurate of all time. It will also inevitably lead to the downfall of the two-party system that had constricted America for decades. The number of new or first-time voters that come out and register would shatter previous records. For the first time in a long time, every vote would count.